Abbotsford House is a magnificent tribute to one of the most significant individuals in Scotland’s history – the 19th Century novelist, poet and playwright Sir Walter Scott. Famous for the likes of Waverley, Rob Roy and Ivanhoe Sir Walter’s work also helped to build so many of the perceptions of Scotland that we all have today. It was his words that romanticised the Highlands and the history of clan tartans and gave the country the image that it is now so renowned for. He is also credited as the man who invented the modern historical novel, thus making him one of the world’s great literary pioneers. The Scottish Borders held a special place for him and Abbotsford was his home. It was from here that his prowess excelled year on year, where he raised his family and, sadly, where he died in 1832. 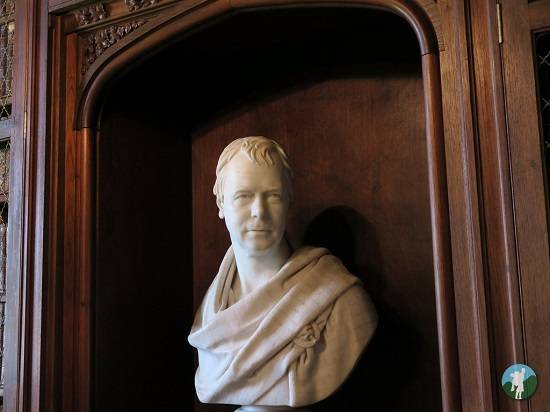 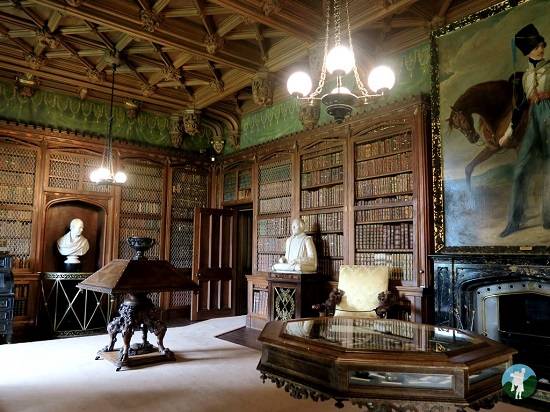 A wander around Abbotsford tingles the spine and it is a home with presence. Standing by his leather chair in the study and looking down over his desk it is impossible not to shut out everything else and envisage Scott reflecting on what latest genius to deliver to the page. This is a house that brings its owner to life. Over 9000 books are on display as is an armoury of military memorabilia that is dotted between some stunning interior décor. With ceilings that provoke memories of The Green Man at Rosslyn Chapel and walls adorned with paintings, busts and booming fireplaces my Glasgow flat suddenly seems a little inadequate. Particularly memorable is the little corner of China presented by the Drawing Room. It offers hand painted Chinese wallpaper, ebony chairs and a full-size harp which was a favourite hobby for Scott’s daughter, Sophia. 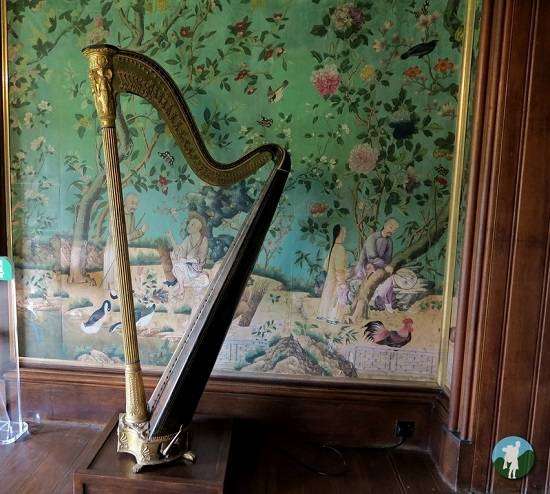 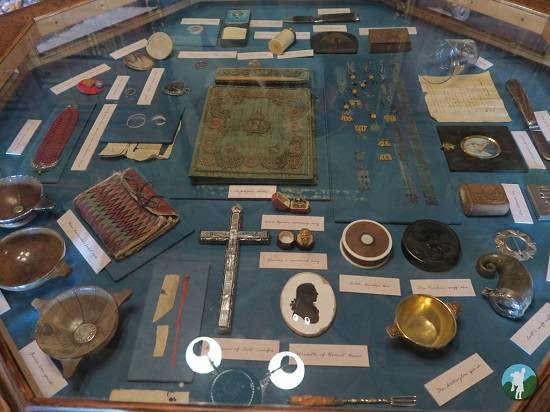 The name dropping that goes on during a tour of Abbotsford is staggering. A whisky glass belonging to Burns, Flora McDonald’s pocket book, gifts from Wellington and King George IV, the keys to Mary Queen of Scot’s Loch Leven prison…..it would be faster to list the historical celebrities that didn’t have a connection to Sir Walter and Abbotsford. As a lover of Scottish and European military history, the endless war-related artefacts in Scott’s collection make for a jaw-slackening experience. A French Imperial Guard sabre, a lock of Napoleon’s hair, Rob Roy’s musket, broadswords from Culloden, a cast of Robert the Bruce’s skull…..these items are utterly priceless and for them all to have found their way to Abbotsford is remarkable. Sir Walter had actually visited Waterloo shortly after Wellington’s victory there in 1815 and his Napoleonic items are especially fascinating to this particular battle-follower. 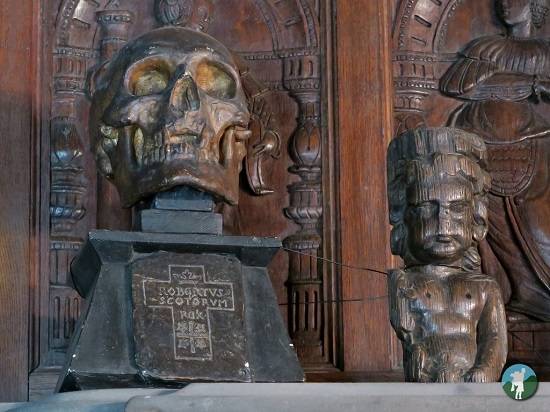 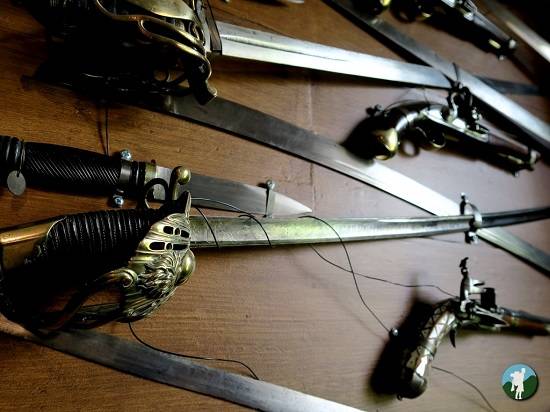 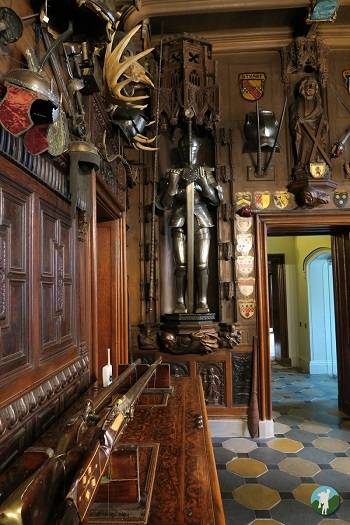 A tour of Abbotsford House and the gorgeous surrounding gardens make for one of the best days out to be had in all of Scotland in my opinion. My visit was made all the more special as a result of actually staying in the Hope Scott Wing of the house over a weekend as part of a VisitScotland-supported Scotlanders campaign promoting the Scottish Borders. The romance and humbling significance of sleeping in his home (I actually stayed in the Lady Scott room) is something that I thoroughly recommend for a special occasion if you have the opportunity. For more about the region, here’s my itinerary from a busy weekend in the Scottish Borders.

The Scottish Baronial style of Abbotsford became renowned and even the likes of Balmoral modelled itself after Scott’s home. The Hope Scott Wing has been done with Abbotsford’s original image in mind and offers seven incredibly luxurious bedrooms, sitting areas (temporary blog HQ for the Scotlanders) kitchen and dining areas and can host up to 15 people. Offering really excellent value given the absolutely outstanding quality of the accommodation, the service and the romance of it all it left me suitably awed throughout my stay. It can be booked on a self-catering or bed and breakfast basis and bespoke itineraries are offered for activities in the area. 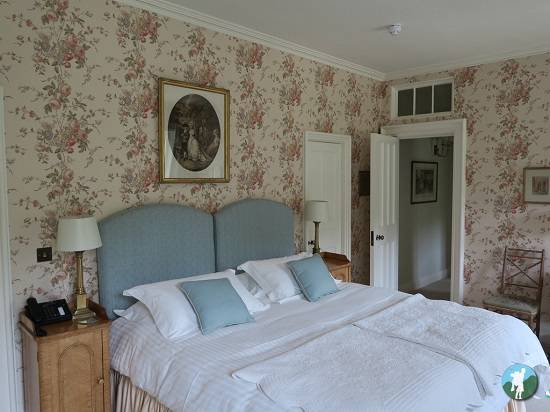 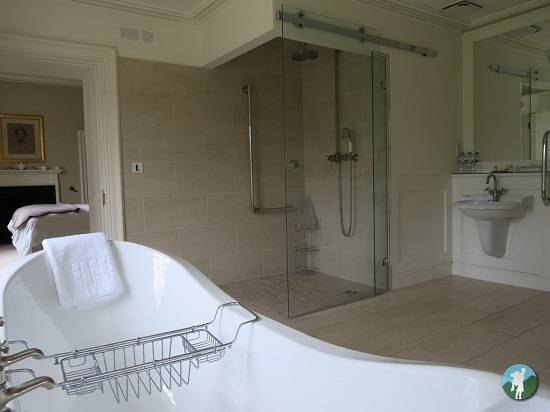 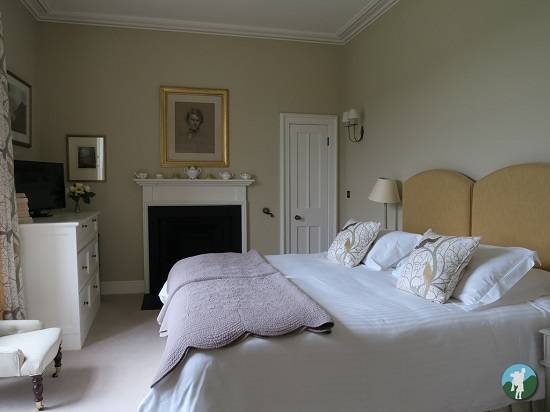 Abbotsford House is exceptional. As a history lover, with a sneaky wee bit of romantic in me, I think it is the best house of its kind I have ever visited and a fitting modern-day tribute to a quite incredible man.

Scotlanders in the Cairngorms with Ace Adventures

The new Borders Railway is coming…..