Derelict Scotland and a Look at Buchanan Castle

To the west of Drymen, the wildly overgrown Buchanan Castle ruin stands surrounded by a residential estate, holiday homes, a golf course and all of the stunning appeal of Loch Lomond and the Trossachs. But its abandoned state does a sad disservice to a structure full of history and architectural beauty. Striking with its Baronial design and sheer size, a nosey within its vast interior is amongst the most breath-taking I can recall of all my ruin-hunts over the years. A complex maze of corridors, rooms big and small and multiple floors make it an absolute riot for the imagination. Clearly built to impress, its deceased Baronial opulence lingers in spirit as the intricacies hide beneath the shrubbery over 60 years after its abandonment. 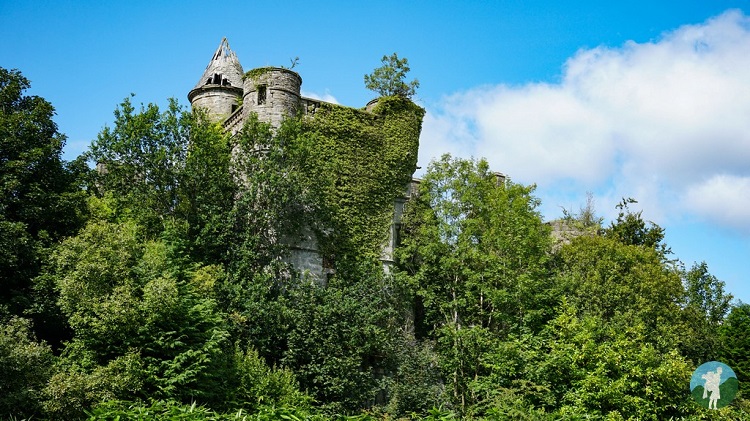 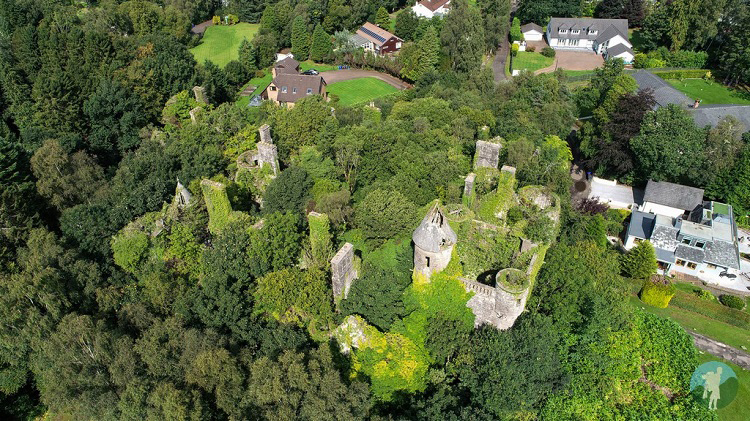 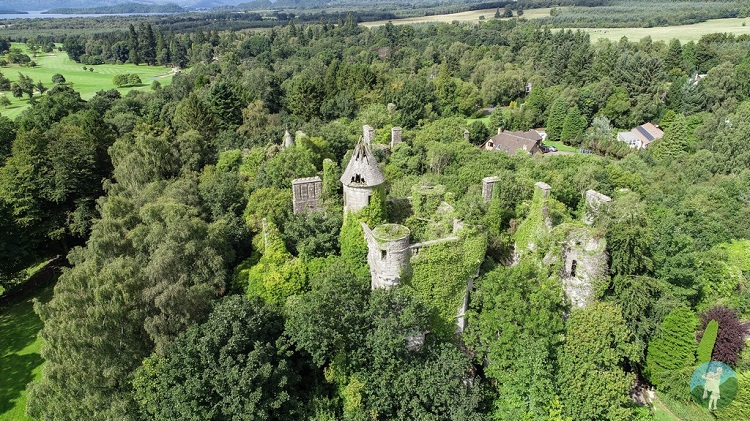 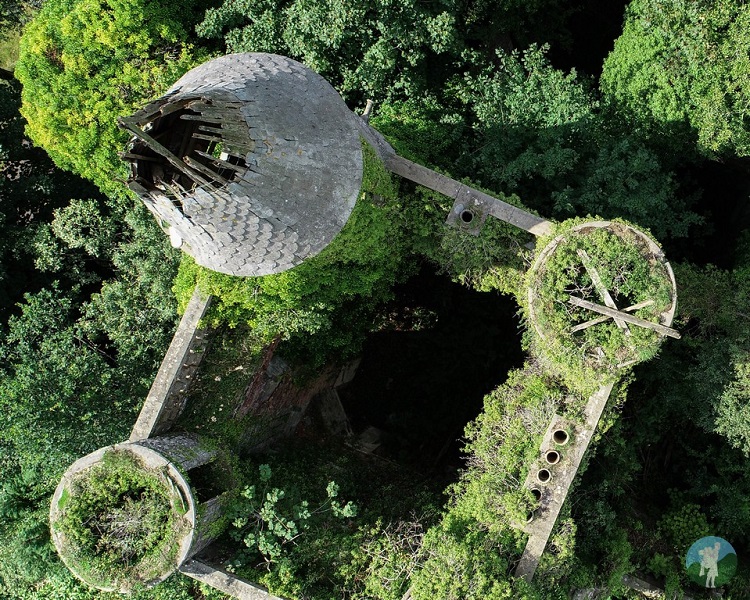 Dating back to the 1850s, it was built by the instruction of James Graham, the 4th Duke of Montrose. Intended as a family home, it remains a Clan Graham seat today. The current ruin’s predecessor had been home to the Clan Buchanan but was sold to the Grahams in the 17th Century, before it was destroyed by fire in 1852. This beauty replaced it. Sold in 1925, grand 1930s plans for it to serve as a hotel were dashed by World War II when its function became altogether more practical. It was firstly a hospital and then a post-war school. Buchanan Castle’s most fascinating nugget of information, though, stems from the brief visit of Rudolf Hess, the Deputy Fuhrer of Germany in the midst of that great conflict…..

The Remarkable Story of a Nazi Visitor

WW2 was a fascinating chapter in history and all those war movies exist for a reason. We’re captivated and appalled in equal measure by the evil, the espionage and the ultimate roads to success and failure. I loved studying it at school and, briefly, university. The Rise of the Nazis was a terrifying but utterly engrossing movement as a group of extremists – very much including Hess – engaged in a blame game to understand the dire state of the post-WW1 German economy. But with WW2 in full-swing and having gone from right hand man to peripheral, domestic policy figure in Hitler’s inner circle, Hess started to fear the worst. The Nazis over-stretching was ultimately to prove their undoing as Hitler sought out conflicts on both fronts with the Soviets to the east and Allies to the west. In an act worthy of any cinema you like, Hess took it upon himself to fly solo to Scotland in an ill-advised plan to seek peace negotiations with the Duke of Hamilton, whom he suspected as being sympathetic to the German cause.

A long and extremely dangerous journey saw him largely avoid detection by flying low before eventually running out of fuel and having to parachute to land. Arrested on the ground near Glasgow, he did actually get the chance to speak to Hamilton in a nearby police station. His incredible story must have met with amazement and dubiety before he was whisked off to Buchanan Castle for further medical treatment. Articulating Hess’ plan to PM Winston Churchill himself shortly afterwards, Hamilton established that the crux of it was that Germany would permit Britain to maintain its Empire if Britain ‘let’ Germany have domination over Europe. His pitch rejected, Hess would spend the rest of his life under arrest. Shortly afterwards he was moved to England under heavy guard and then spend his final years imprisoned near Berlin.

Meanwhile, back in Germany during this extraordinary drama, Hitler was apoplectic on discovery of Hess’ act. Stripping him of all powers and ordering him shot on sight, it sent shockwaves through the Nazi High Command and massively undermined the fearsome inner circle that was so pivotal to Hitler’s terrible plans. Even propaganda guru Goebbels had a hard time selling this as anything other than a disaster for the Reich. Maybe, just maybe, this remarkable act involving Buchanan Castle can be regarded as a key point in ultimate Nazi defeat. 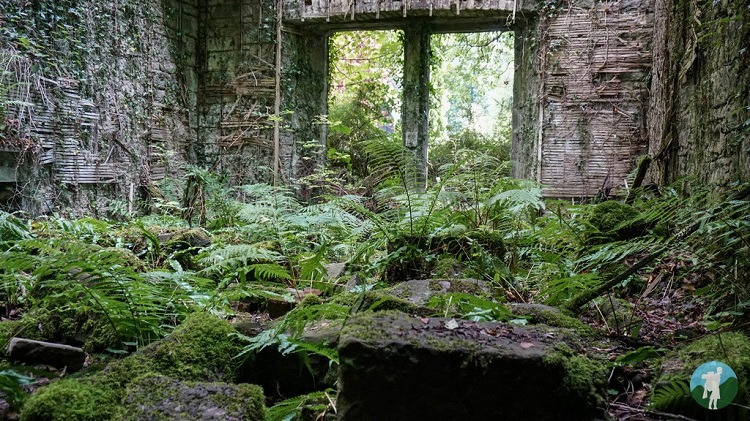 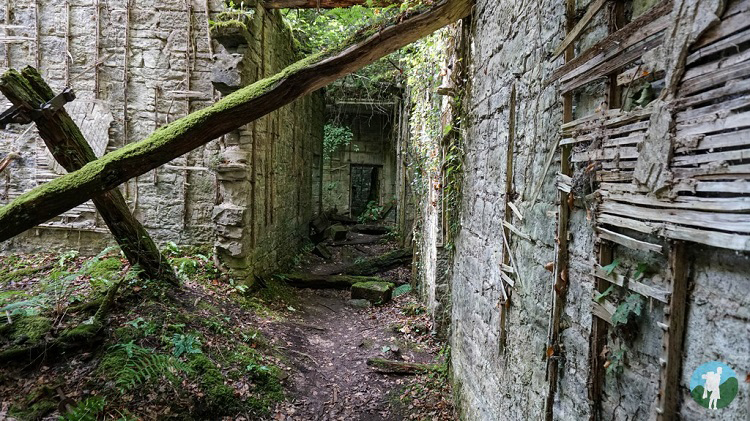 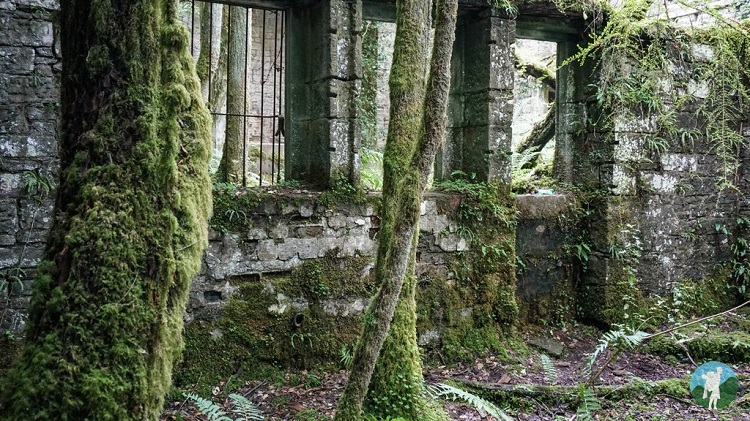 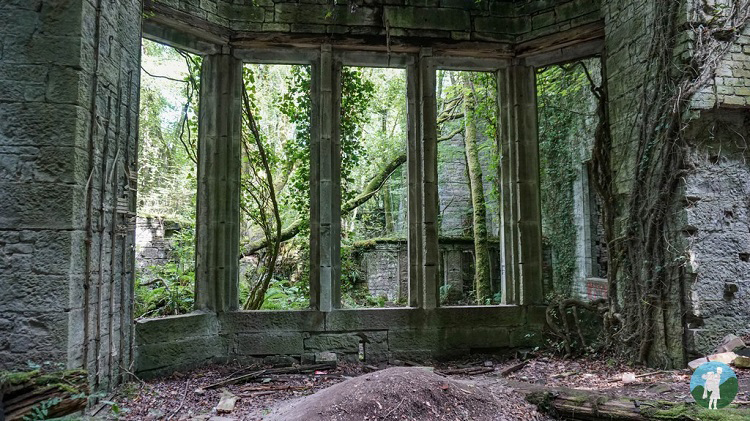 I love these old ruins and Buchanan Castle is just one of many that I have taken an interest in this year. You can read about a few more of my abandoned and derelict favourites to date here. Each has their own poignant story as former family homes and they’ve all had ambitious subsequent plans for use, yet now they all sit lonely and forgotten. Feasts for the imagination and wonderances at what might have been.

Buchanan Castle, like other abandoned buildings discussed on this site, are not necessarily safe or accessible to visitors. Some sites are fenced up, others not, but I would never recommend entering derelict areas.