Take a moment and define tropical. My long-standing inclination to revert to smoothies to combat life’s little challenges has my mind wandering to thoughts of a fruity frenzy of pineapples, coconuts et al. Then comes the presence of that big burning thing in the sky – a distant recollection in the midst of a Scottish winter. That’s a given. A beach seems appropriate, or perhaps a rainforest. A scene out of Lost perhaps. Before it went mental at any rate. The ‘totally tropical taste, man’ of Lilt also pops into sight. Remember that stuff? The Caribbean, the Pacific, stupendous sunsets, resplendent wildlife…..in Costa Rica, you can have it all. 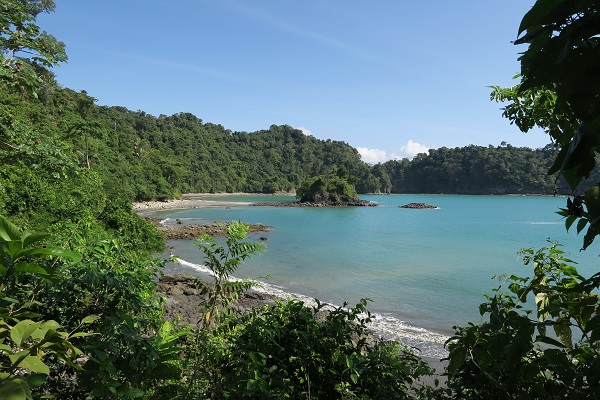 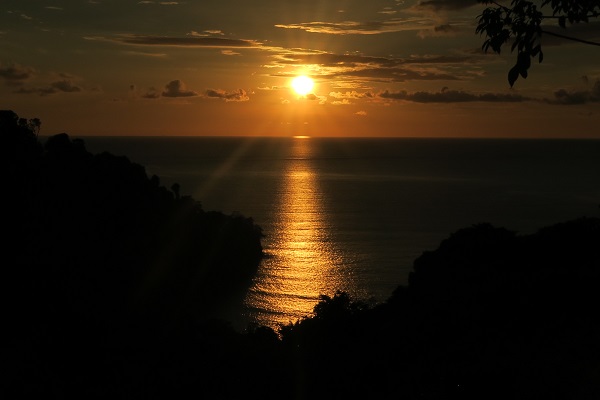 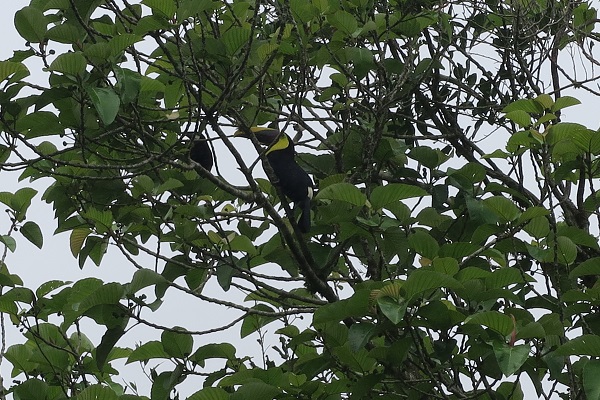 It’s not a natural image for a Scot, but one that most of us will have reflected on at some point with cheeky wistfulness. Costa Rica, to my mind, is what tropical is all about. Oozing sweetness in its flavours, generating smiles at every turn from its locals and just plain showing off when it comes to natural wonders, it is a land straight out of an Attenborough doc. Look closely at these pics, I defy you not to hear him voicing them over.

My two weeks in this paradiso see me take in San Jose, Arenal, Monteverde and the Manuel Antonio National Park. Chosen to give me a range of relaxing, hiking, adventure and nature the itinerary covers the long-established favourites for travellers and shows off Costa Rica at its most dramatic.

Here lies the country’s most active volcano. Enough said I should think. While Arenal Volcano is predominantly shrouded in mist, the astonishing site of the thing looming over the village of La Fortuna is repeatedly breathtaking. Arenal is also famous for its numerous hot springs and the dramatic La Fortuna Waterfall. Hiking and horseriding around the volcano’s environs is possible as are rainforest activities ranging from guided walks to zip lining. Although not a job for the kilt, the latter will go down as a life highlight. 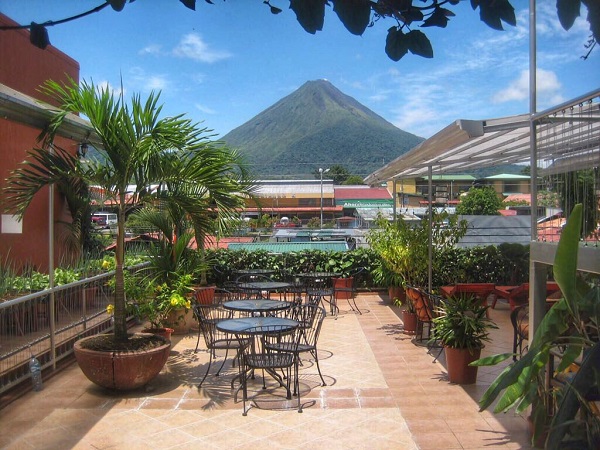 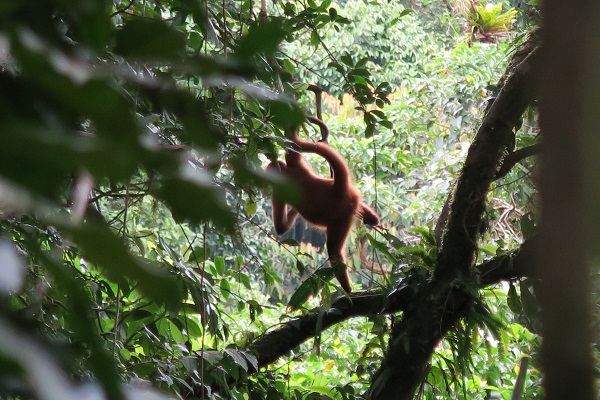 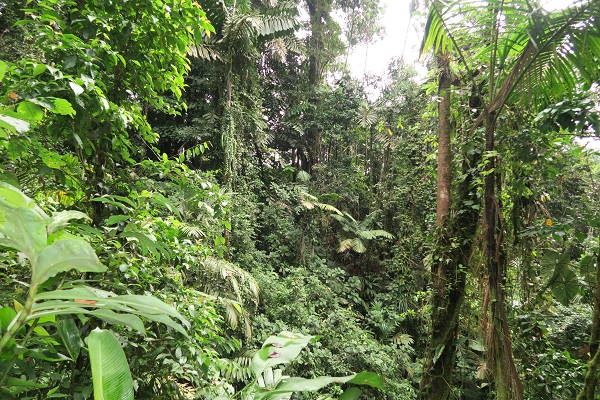 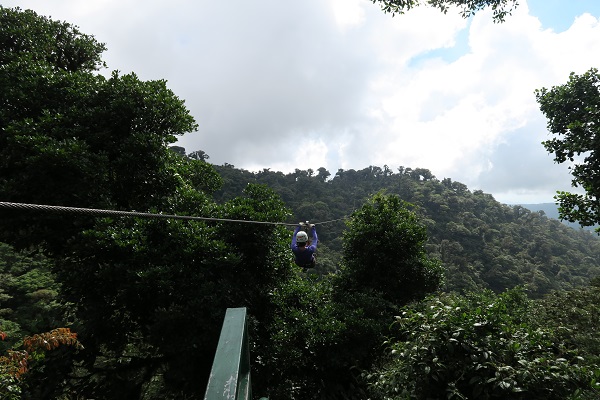 Whether going it solo or in the company of a local expert, a quiet jungle stroll is something I’ve mulled since my days spent pouring over Tintin books as a child. Tiptoeing along the forest floor, endlessly alert (and, in my case, on the verge of a cardiac event given my fear of slithery reptiles), all senses working at a rate I’ve never previously known…..nature doesn’t get more powerful than this. Dense luscious forest for miles in every direction, audible monkey mischief making in the canopy, rustling leaves provoking an instinctive scurry for cameras and an overwhelming feeling of distance from conventional 21st Century life. Snakes, tarantulas, toucans and more can be seen in these parts and the bizarre micro-climate is an outdoor powerhouse with everything from my zipping around the canopy to chilling in hot springs. I get talking with one of the local guides who just that week had found a boa in his yard and ask – in the best one-man-of-the-outdoors-to-another fashion I can muster – how one goes about killing a snake anyway. Cue bemused reaction. “With machete, you take its head of course”. “Oh, of course” manages the suddenly nauseous Scotsman. Aye well, nae bother and oan yersel big man. 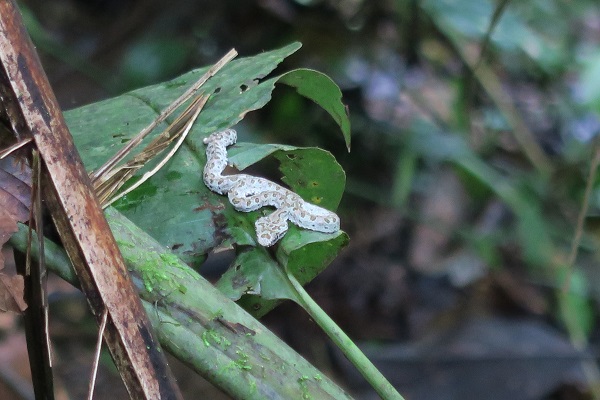 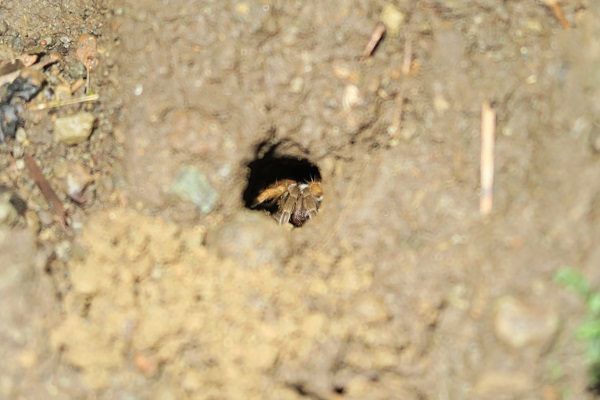 Home of the famous cloud forest reserve due to its elevated geography, Monteverde is an ideal accompaniment to Arenal for lovers of forest treks and nature spotting. Deliberately challenging to reach, the village hub is a bustling little settlement with some excellent accommodation in a very rural setting. I’m giving a nod here to the Monteverde Lodge and Gardens as you’ll struggle to find a more luxuriously serene place to base yourselves than here. Full marks in every category and neighbouring an ecological sanctuary (encompassing a two hour jungle walking circuit in which you are unlikely to see another human being), this is the perfect way to have this kind of experience all to yourself. The only sounds are of your own breathing and the cacophony of calls from the omnipresent insects. 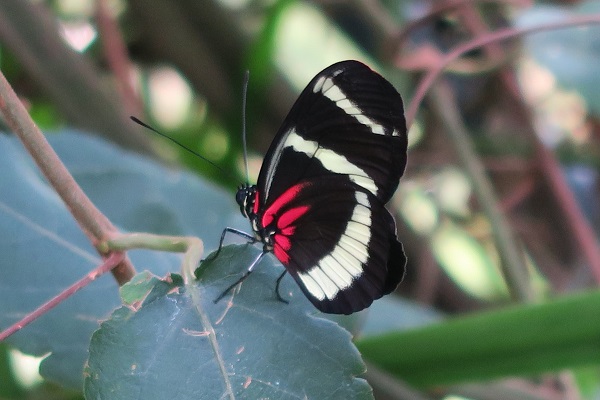 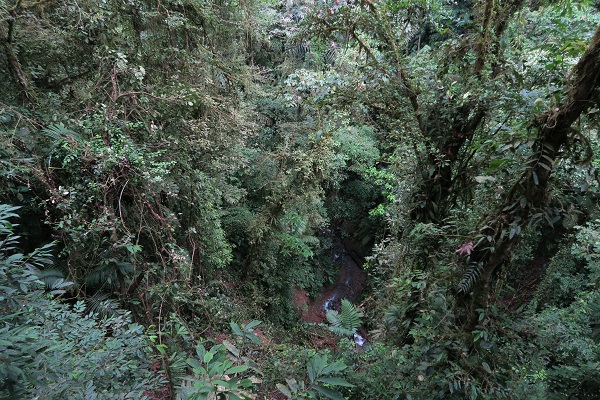 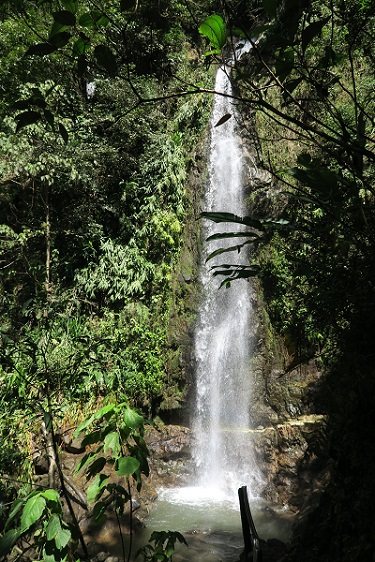 Beach time. This National Park on Costa Rica’s Pacific coastline is one of the country’s most adored gems. With entry limited to 600 visitors a day, Manuel Antonio is able to hold back the tourist masses (so show up early!) and offers some of the country’s best beach lounging. As is my per, there’s only so much sitting around that can be done and I take off into the forest for a recce. The rewards are some jaw-dropping mirador viewpoints over the Pacific. 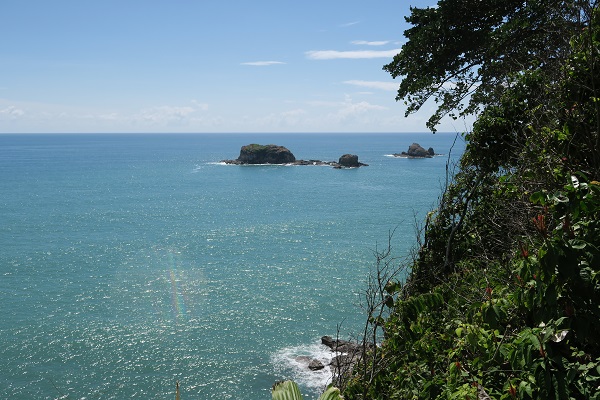 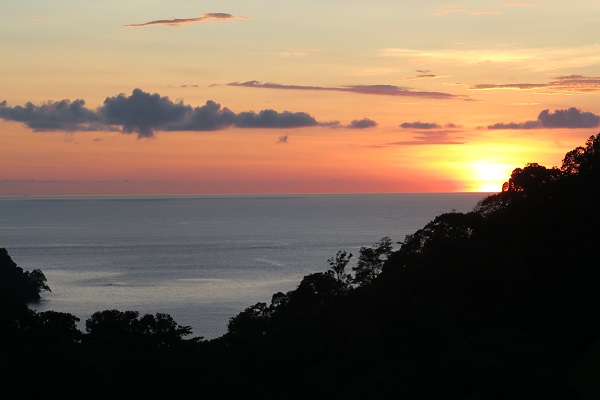 Having got carried away and predictably got myself scorched (Scots on tour with a hint of lobster), the trail back through the national park presented yet more nature spotting as sloths, iguanas and some particularly obliging monkeys made an appearance. A group of determined racoons also attempted a broad daylight mugging of various beach dwellers – so guard your stuff with ferocity. You know you’ve made it when these guys unapologetically start rifling through your bags before making off into the canopy with your underwear….. 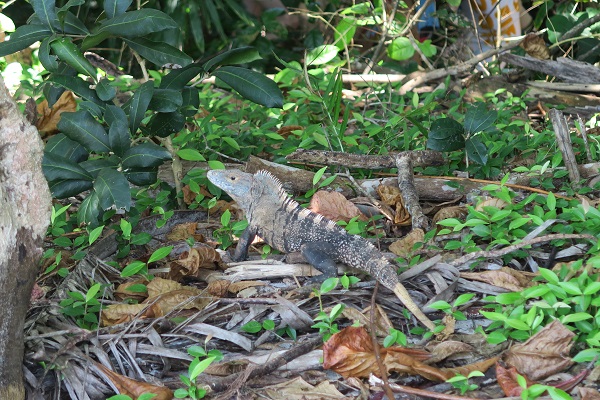 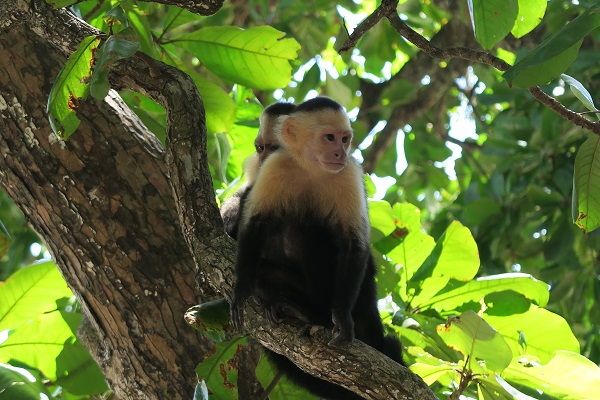 Costa Ricans are amongst the most friendly I’ve encountered on my wanders. Lodged between the Caribbean and the Pacific (someone’s got to do it, eh) it’s little wonder that so much smiling goes on here. Culturally proud of their not having had an army since 1948, the focus on sustainable tourism and preservation of their natural wonders was fantastic to see. Much as with Scotland, the powerful natural environment is central to the country’s travel industry and local and national efforts are made to continue its upkeep. Long may it continue.

Costa Rica, you were fabulous.

Golf, history and a beach: Why we love St Andrews