Travels with a Kilt
Great Scottish DrivesWalking in Scotland 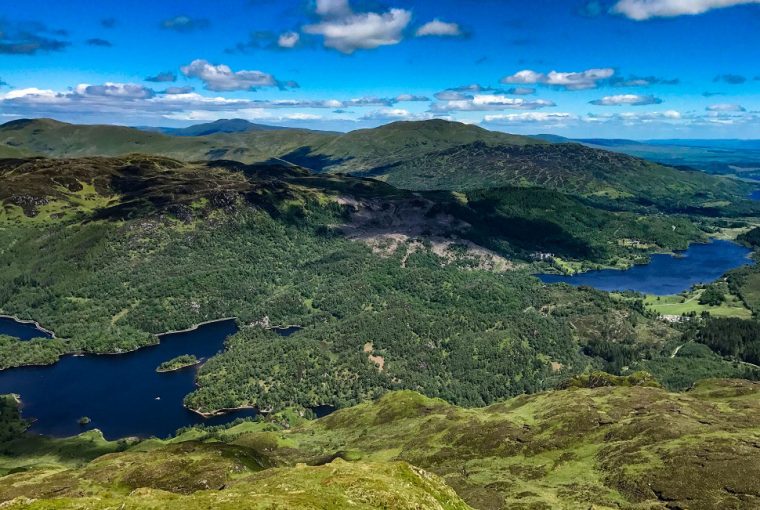 Finding The Devil’s Pulpit and More in the Trossachs

As a Glasgow boy, vacating the city for the outdoors leaves numerous open roads, all incentivising and grappling for your attention in their own unique way. None are more convenient or more accessible though than the fabulous Trossachs. In addition to my top picks in the region for first timers, this highly rewarding area merits repeat visits and a deeper recce. Keeping the outdoors – and a sneaky bit of a certain TV show – in mind, here’s some additional thoughts. Specifically, a look at the Devil’s Pulpit including how to find it and why it’s generating such a fuss.

It’s the definition of luscious, atmospheric and mythical Scottish glen. A regular participant on the ‘top things to see in Scotland’ lists that have saturated the internet, Finnich Glen brings in visitor numbers that its remote location and complete absence of facilities defy. Naturally spectacular, it’s also home to the circular pulpit that is shrouded in so much mystery and the spot where Claire is pressed by Dougal to drink for the ‘truth-telling’ waters in the early episodes of Outlander. 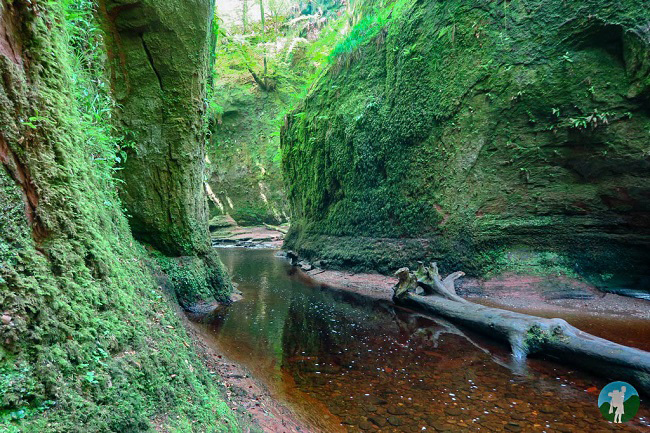 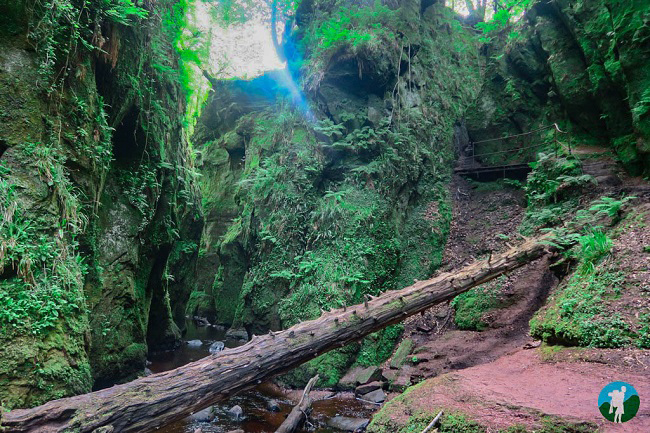 Although a little outside the Trossachs ‘border’, the Devil’s Pulpit makes for an excellent introduction to the vast rural area to the north of Glasgow. No sooner are you out of the city limits than you’re straight into countryside. Getting to the glen is fairly straightforward as it’s only around 30 minutes from the centre. Head north-west through Bearsden and join up with the A809 until you pass Craighat. At the point of a signed right turn onto the B834 you can park up in the small designated area. Parking is a real challenge so I advise getting there early or late in the day. There is a small roadside area a little further back on the A809 as well. There are no signs and, just so you’re fully prepared, don’t be expecting red carpet treatment despite its rise to notoriety!

Once on foot, it’s around a 5-10 minute gentle stroll east on a clear path (no signs). You’ll have the 70+ f00t glen/gorge itself to your left throughout and will pass the clear descending staircase. This makes for a good laugh and is not suited to folk not too sure on their feet. Don’t be a hero and hang on to the cables as you go (see the below image). On reaching the bed of the Glen Finnich, the magic starts to happen. 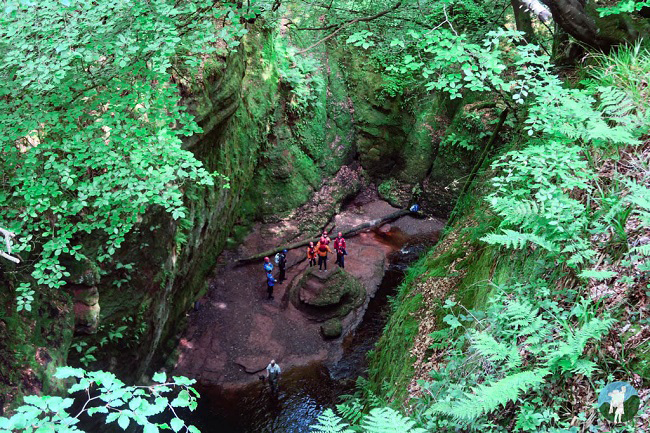 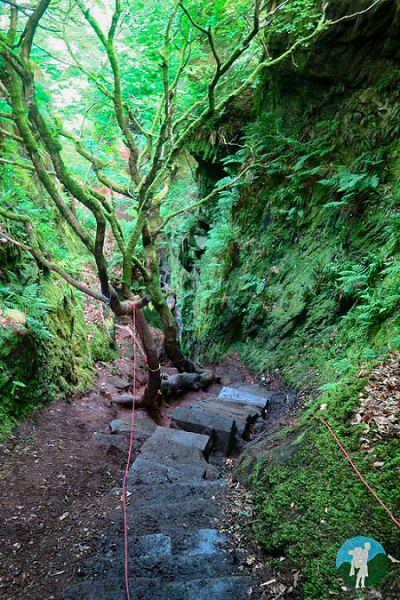 Green like you’ve never seen and full of atmosphere, it’s so tempting to get your feet wet and go wading in. For that reason, you might want to consider waders (it’s a popular spot for gorge walkers) to get to the Pulpit itself. The water gets to around knee height generally so hiking boots, or even wellies, are not likely to cut it. Alternatively you can re-climb the staircase and pick out the best vantage point from above to see the very spot where the devil himself is said to have addressed his followers. Devil’s got taste.

Please note. In line with my focus on keeping tourism sustainable, it is important to make visitors to the Devil’s Pulpit aware of the dramatic effect of over-tourism on the site. Unchecked visitor numbers are a genuine and very real risk to its survival and I encourage visitors to avoid going at peak times and actually to avoid going at all in July and August. You’ll not find the magic you’re looking for and will add to the strain that this unofficial tourist attraction is having to bear.

While seeking out and exploring the Devil’s Pulpit is increasingly popular, to not delve deeper into the Trossachs would be just silly. Ascending Ben A’an is another massively popular one – largely due to its fantastic effort-to-reward ratio – but neighbouring big brother Ben Venue is at least as impressive. It seems truly daft that you can clock up a hike like this within an hour of our largest city and it’s become a bit of a must for me when I need an outdoor fix but don’t have time for a long hauler. 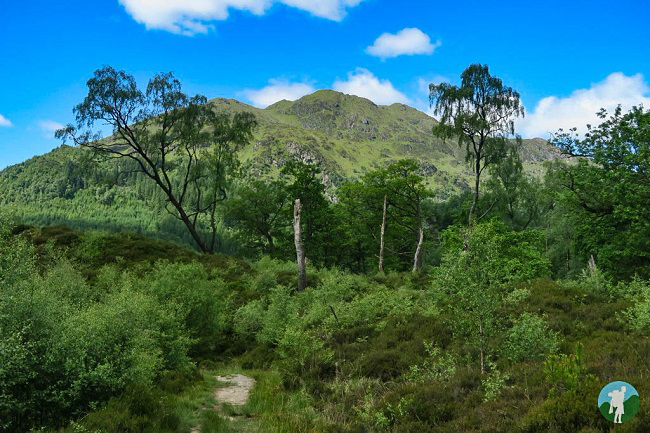 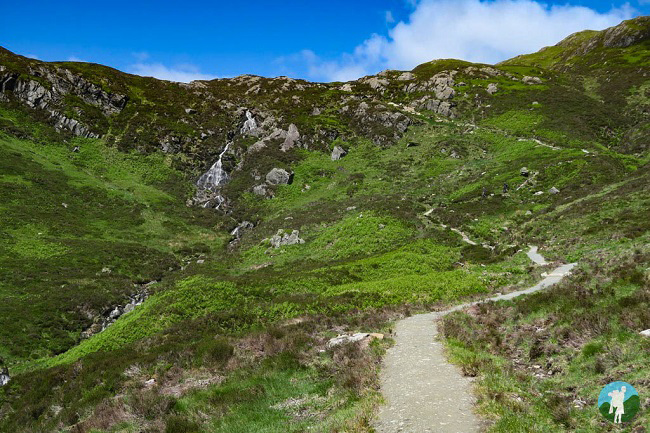 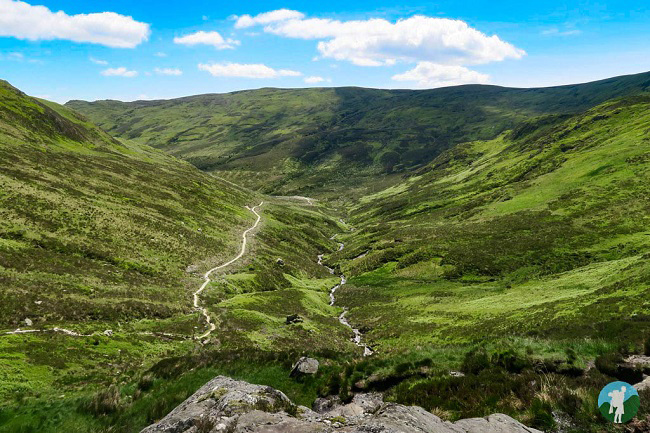 I’d allow around 4.5 hours for the return hike, with extra for stops along the way. A lengthy one, it is though pretty straightforward and most ability levels will manage without much bother. Aside from the odd steep angles to wrestle with, I’d put Ben Venue down as another excellent starting point for those looking to get into Highland hillwalking. Avoid weekends and holidays and you’ll also have it almost entirely to yourself. On reaching the summit, expect truly awesome views over much of the southern Highlands. Ben Lomond stands proud to the west over its Loch, little Ben A’an is straight ahead and Perthshire beckons to the east. Most impressive of all though are the immaculate water features of Lochs Katrine, Achray and Venachar. What a stunning part of the world and you can read more of my top hikes in the Southern Highlands here. 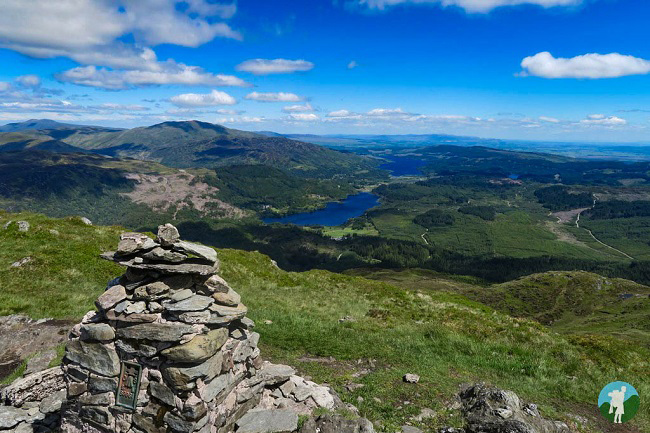 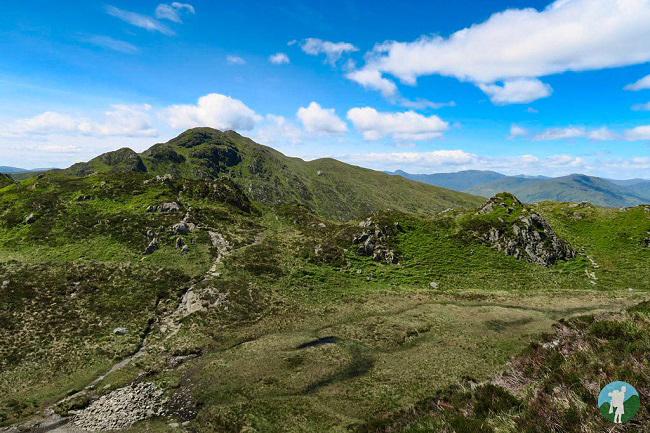 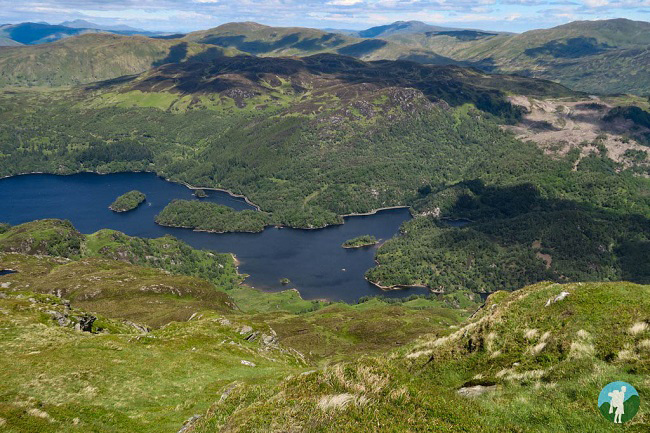 I do enjoy a rant about the lack of signage on some of Scotland’s outdoor trails. It drives me nuts that some truly world class walking routes are potentially ruined by the absence of any sort of direction indicators to keep you right. It’s a common problem in much of the Highlands, but the Trossachs are an excellent exception and there are signs throughout the route to avoid ambiguity. Of course no-one wants dirty great eyesores blotting up stunning natural landscapes but subtle, tasteful signage shouldn’t be too much to ask for. Full marks to the Trossachs on this score. Here’s my attempt at doing something about it with my new digital hiking maps.

Requiring somewhat less exertion, a gentle stroll out to the Bracklinn Falls north of Callander is another Trossachs favourite. The town is constantly abuzz with activity and is the default base for many explorers, making the walk a popular one. Defined by the impressive new bridge that crosses the gorge, this is a great spot for watching nature at its powerful best. Fast-flowing water lashes by, crashing off and around the dramatic rocks that beg to be clambered over. I’ll be back with the drone for more shots of this place for sure. 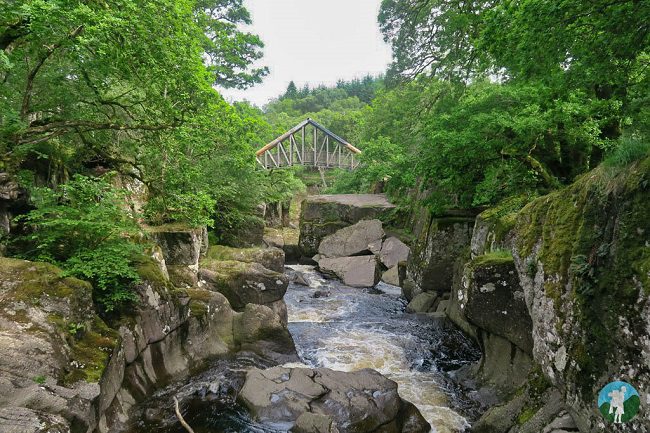 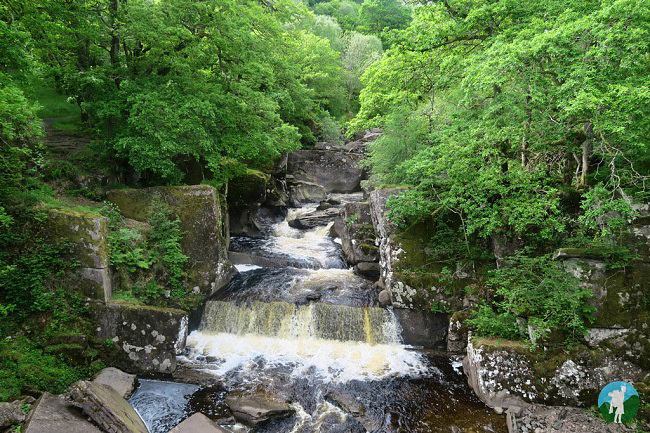 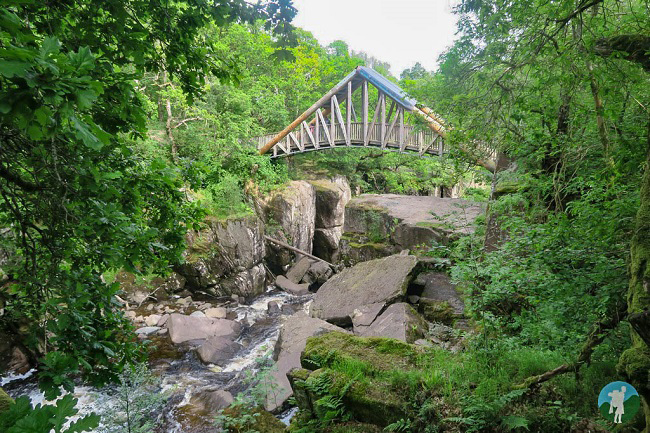 Bracklinn Falls has its own car park – a steep drive north from the high street. From there it is a very straightforward 15-20 minute walk out to the bridge. A circular route is an option or you can keep it short and simple by returning the same way.

You can also listen to my Loch Lomond and Trossachs highlights from my Radio Scotland chat by clicking play below:

Who else is a fan of the Trossachs? Do you know of any other hidden spots that deserve a shout out? If you’re into castles, check out my exploration of the best castles near Glasgow for more in the area.

Top Things to do in and Around Oban

On the hunt for the best castles in Aberdeenshire