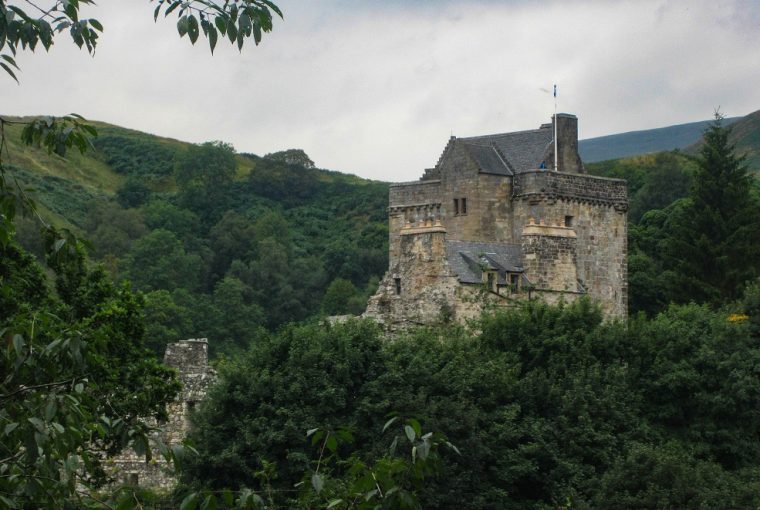 Best Things to do in Clackmannanshire

With the start of tourism season now with us, I’ve spent much of the early spring arranging my various trips to the north. But before I charge around on relentless trips to the back of beyond, I’m fitting in some support for a much-overlooked region. You know how I love a challenge. Yes, Clackmannanshire is not the first place that springs to mind when you’re trawling through blogs, guidebooks and travel guides but you may be in for a surprise or two. Working in support of VisitScotland and the local tourism movement there, I’m helping to promote #DiscoverClacks on social media as we all set about raising awareness of one of Scotland’s most accessible, yet remarkably unknown, regions.

With that in mind, here’s my picks of top things to do in the Wee County of Clackmannanshire. Offering the rolling beauty of the stunning Ochils as a near-constant backdrop it’s also an ideal base for exploring the likes of Stirlingshire, Perthshire, Fife or the Lothians. Let’s see if I can pique your curiosity.

I’ve long had a thing for these two. Quite certainly one of the most picturesque castles in the land, the ruins sit prominently at the head of the glen, romantically hovering over Dollar town and nestled snuggly between the rolling Ochil mounds. Although limited in historical military conflict – who’d want to have a scrap in such a beautiful setting after all – it can’t be topped for atmospherics.

Read more about exploring the glen here. I’d give it at least half a day to recce at your own pace and see how many secret nooks you can find. 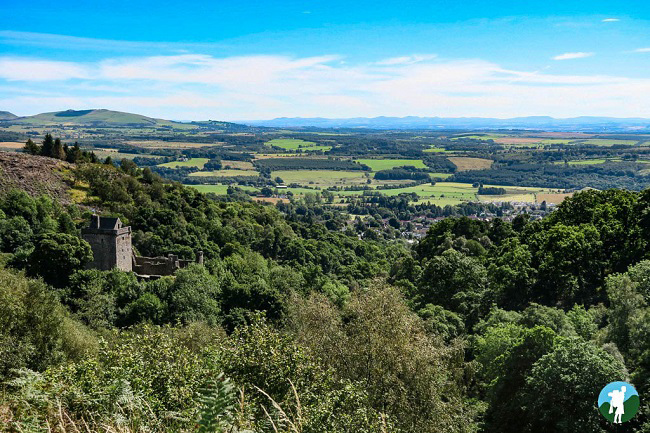 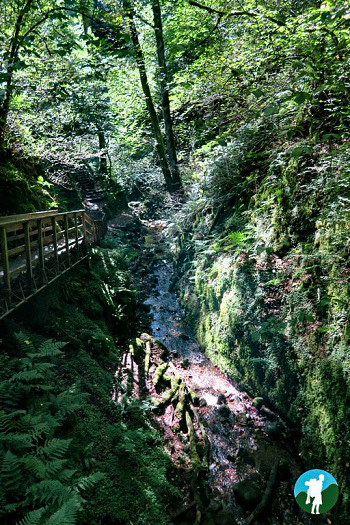 This place is an absolute cracker. I’d ordinarily fully expect to have to be much further north to find this level of solitude and raw beauty. An easy but rewarding hike, you’ll be up and back to the car park in Alva within 90 minutes and may not encounter another soul along the way. Resplendently green in summer, the route takes you between two of the beautiful Ochil mounds and the views to the south are particularly worthy of a camera fumble. You’ll be accompanied by the constant cacophony of water falling throughout your journey and may even encounter a bird of prey or two. 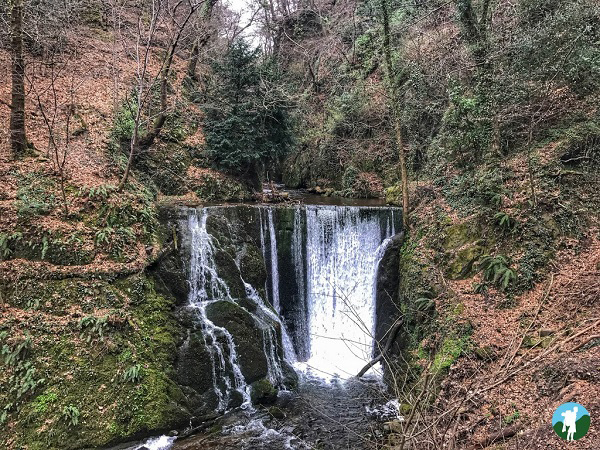 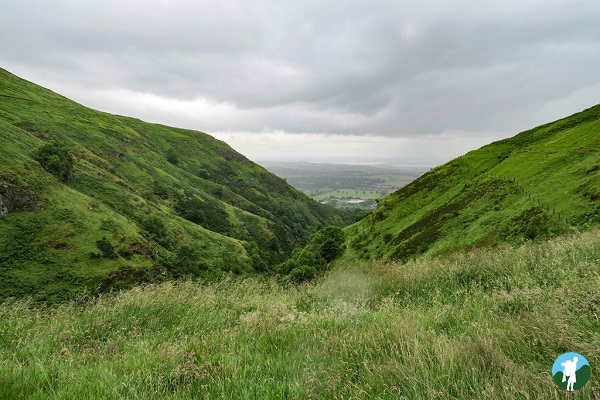 Along with Dollar Glen, Alva’s got the pick of Clackmannanshire’s outdoor spots and I tend to find myself here at least a couple of times a year when I’ve had enough of the urban digital clamour but can’t face a long drive either (it’s within well under an hour of both Glasgow and Edinburgh).

In general though the Ochils are an immaculate little collection of peaks and act almost like a giant connected wall protecting the main population centres with the remote Highlands beyond. Like some sort of Disney version of Game of Thrones come to think of it. Nothing helps us appreciate the geography quite like a bird’s eye view so here’s the next best thing – aerial footage of the Ochils from their southern side:

Central Scotland is littered with an abundance of much-celebrated ruins. There can’t be many places in the world that could rival these lands in this department as centuries of conflict, trade and class structures left their mark.  No surprise then that historical attractions should feature so prominently in our #DiscoverClacks activities as several of the top relics are joined together in a handy trail.

Why Tower instead of Castle trail? Well, while the plains of Stirlingshire were perfect ground for open warfare in days of old, Clackmannanshire tends to have featured more as a source of day to day living than full-on conflict. The ruins were built for comfort more than defence, for vantage more than battle superiority and for status more than practicality. And so the big brutes at Stirling and Doune are replaced with the likes of these guys:

A moody, isolated structure with a superb vantage point over much of the region this place is a case in point. At the head of King’s Seat Hill at the top of Clackmannan town, some of this old place goes back to the 13th Century. This whole area has connections with the Bruce clan and the tower stayed in the family right up to around 1800. The last resident was a right character by the sound of it – a Katherine Bruce. She loved to entertain and one of her guests was a chap called Robert Burns. On visiting, she feigned a knighting of the poet with the sword of her ancestor King Robert the Bruce. Two of the most legendary names in world history connected, right here. If Twitter had existed, there’d have been a meltdown. 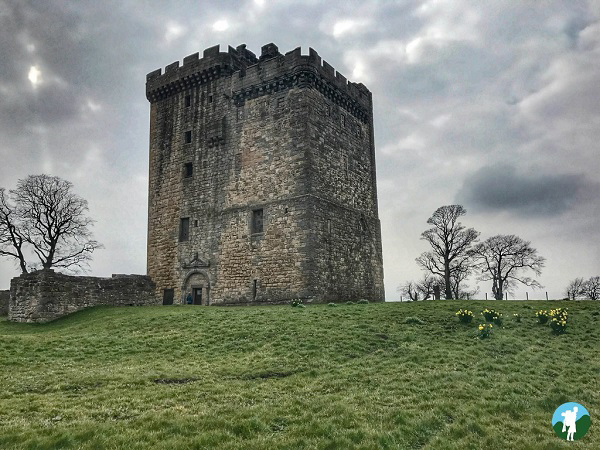 Alloa is the main urban hub of the region, but is not abundant in obvious attractions. That said, its 14th century Tower is a smashing wee place in the heart of the town. Beautifully structured, it pays to take a wander around the perimeter to skulk out the best light for your photos. Traditional home to the Erskine family (staunch supporters of Mary Queen of Scots in her time), the interior takes on the classic stately home feel behind near-impregnable stone walls. Be sure to make your way to the roof for almost-entirely impressive panoramic views. I say almost. I’m sure a view directly over a Tesco car park was not what the Bruce would’ve quite had in mind but no matter, he probably hadn’t envisaged his descendants shooting the breeze with the most famous poet ever either. 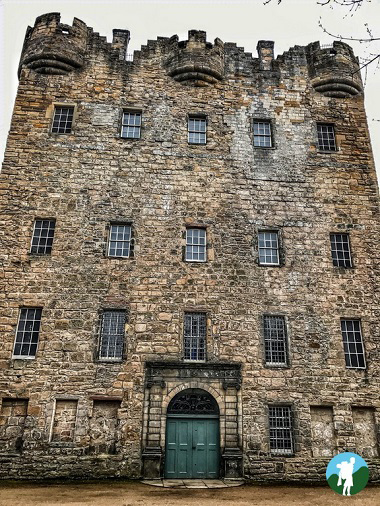 In stark contrast to the majesty of Castle Campbell, there comes the moody and desolate Sauchie Tower. A rather sad site given its so-hard-to-spot-you-may-drive-back-over-your-tracks-several-times location and general state of abandonment way off the beaten path but, even still, it doesn’t half tingle the imagination. A far cry from the status of royal gift that little Sauchie once was when Robert the Bruce himself passed the lands to Henri de Annand in 1321, the tower has certainly seen grander days.Very rarely open to the public, you are likely to have to make do with a wander around the outer shell. 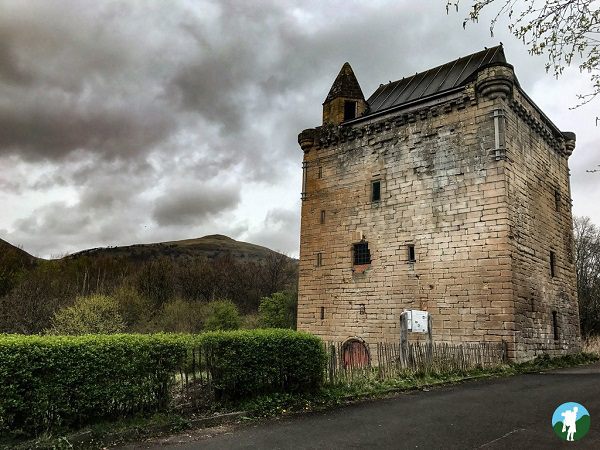 The home of William Alexander, the fellow largely responsible for the colonisation of Nova Scotia, this pretty place has an enviable sighting underneath the gaze of the Ochils. Don’t let the slightly intimidating exterior fool you, it was built much more for comfort than conflict. Pretty unfortunate opening hours they’ve got – I’ve always showed up for it to be closed but visit between 14.00 and 17.00 in summer and you’ll hopefully be sorted. This is also just down the road from Alva so a nice tie in with Alva Glen. 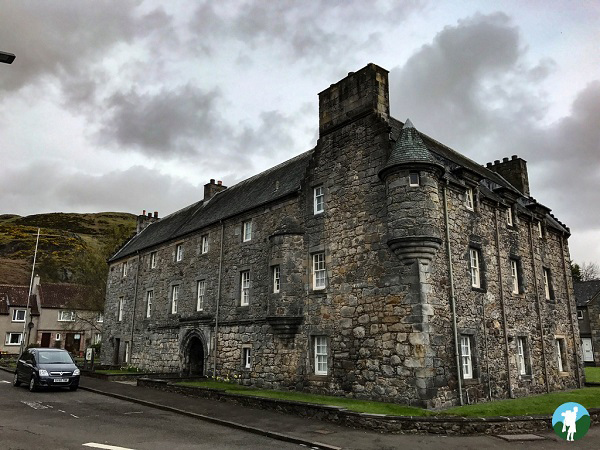 Are you a Clackmannanshire convert yet? With new resources available I’m really looking forward to seeing the tourism infastructure here expand and develop. With all the worldwide travel interest in Scotland just now, there’s plenty of love to go around!

If the above wasn’t enough and you’re a fan of my radio chatter, here’s my monthly piece with the BBC on my Clacks highlights. Just click play below.