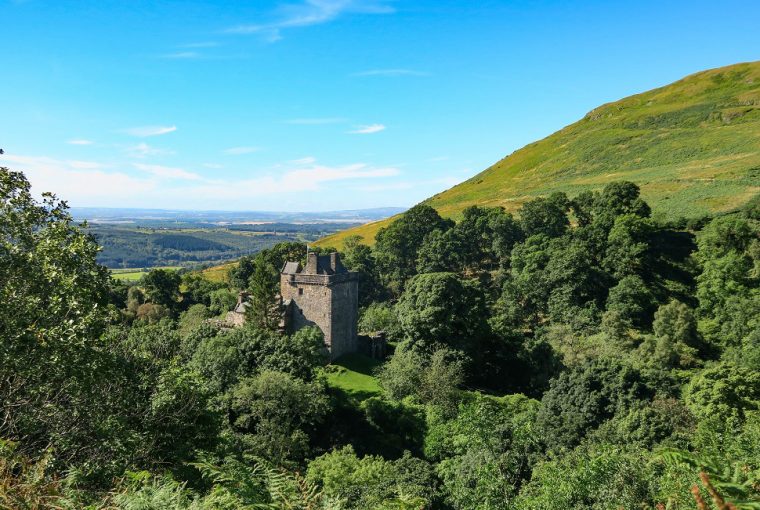 Walking in and exploring Dollar Glen

It’s one of those startlingly rare days when the sun comes screaming around the curtains at dawn and you know Scotland is in for a scorcher. What to do? Where to go? We’re not used to this you see, it’s not like we’ve had much time to prepare. In such predicaments, the likes of Loch Lomond, the Trossachs and the Ochils always spring to mind. Today calls for the latter and I’m off for some walking and exploring in Dollar Glen. 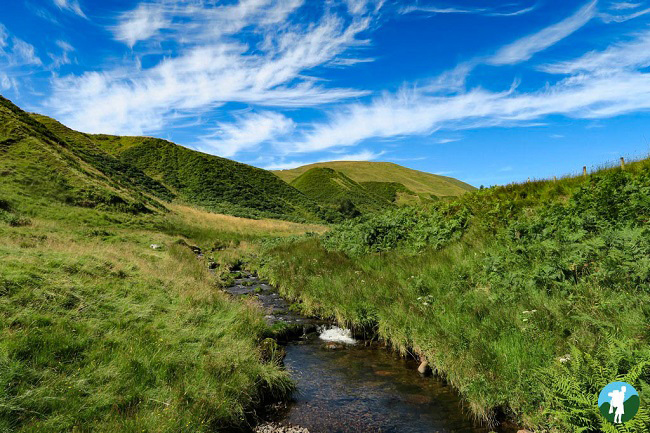 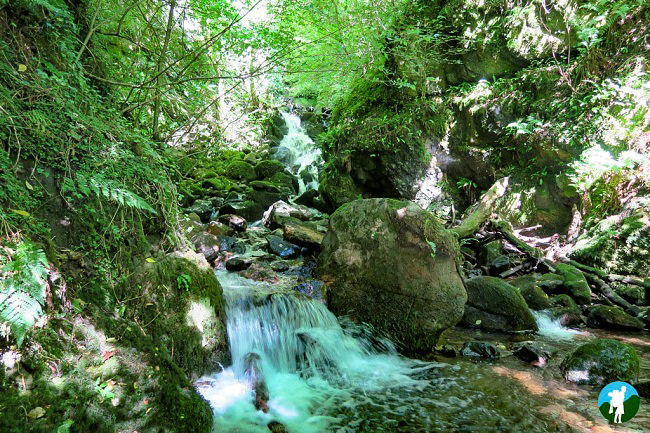 For the unfamiliar, Dollar Glen can be found nestled amidst the horizontal line of Ochil Hills that run across Central Scotland, to the north of Stirling. A glorious walk from the pretty town of Dollar, the Glen ascents quite steeply into a luscious jungle of streams, wildlife and the odd waterfall. The cherry on the cake is the presence of the stunning Castle Campbell. Proudly prominent, the eerily captivating ruin is visible for miles. 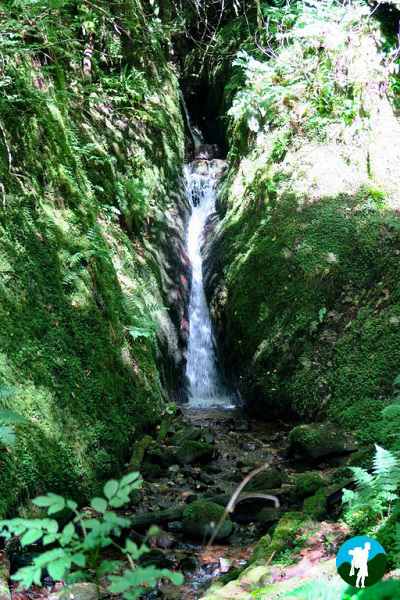 This stronghold has been a regular on my musings about top Scottish castles over the years. Not blessed with huge historical significance, the castle does though more than make up for that with one of the most enviable settings imaginable. It is surrounded by peaks on three sides and facing out with an open view to the south. Castle Campbell would surely not have made for an easy assault. I don’t think there’s an area in all of the country that can match this for history. Massive battles have been fought nearby – Stirling Bridge, Bannockburn and Falkirk to name but a few. 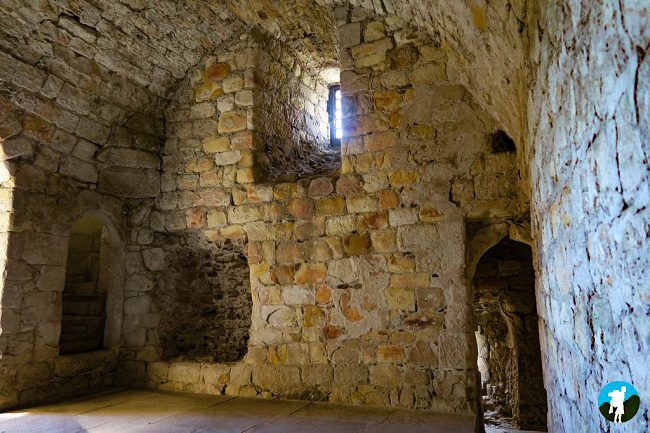 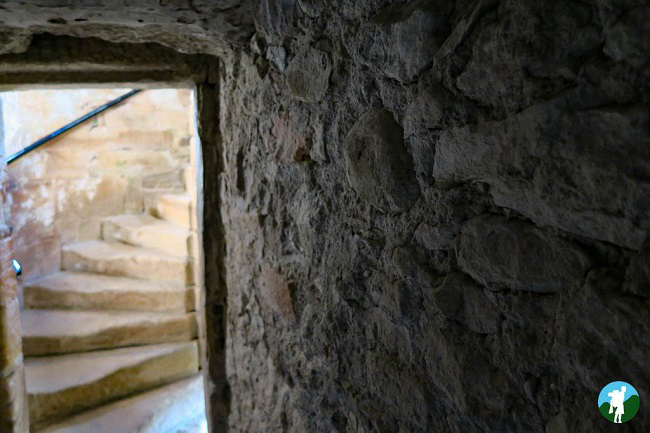 In truth, Castle Campbell came into itself after the Wars of Independence and was for a long time left in peace. That may have been because everyone was terrified of the Campbells….or because it’s just far too beautiful to be besieged. That did change in the 17th Century however when the castle was assaulted in retribution for the Campbells supporting the English during Oliver Cromwell’s ‘visit’.

A lowland base for the powerful Clan, the ruin seen today dates mainly from the 15th Century. With a bare and atmospheric interior, the highlight is the vista from the roof down over the Glen. Defendable it may be but I suspect its placement had as much to do with status and pleasure. With a back garden like this, it’s easy to image the 15th Century Earl of Argyll reclining and slapping on the factor 30 on days off…. 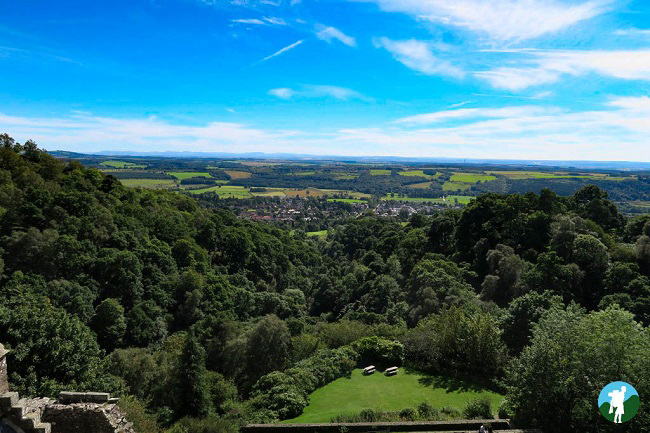 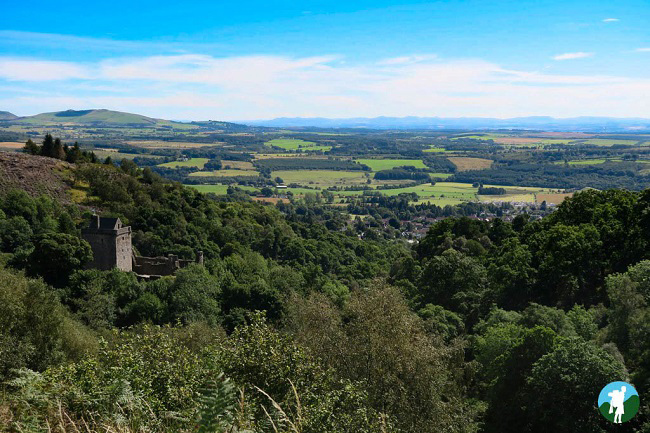 You can drive up to the castle – along one of the most treacherous and potholed roads outside of the Highlands – but why on earth would you want to do that when you can walk it? Starting in the town just follow Dollar Burn and weave north. If you’re after water features stay right of the stream while cross to the left for wooded views down over the Glen. This helpful map will give you an idea. 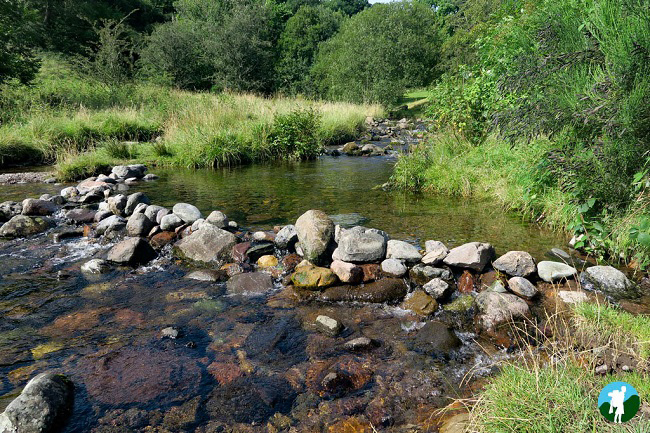 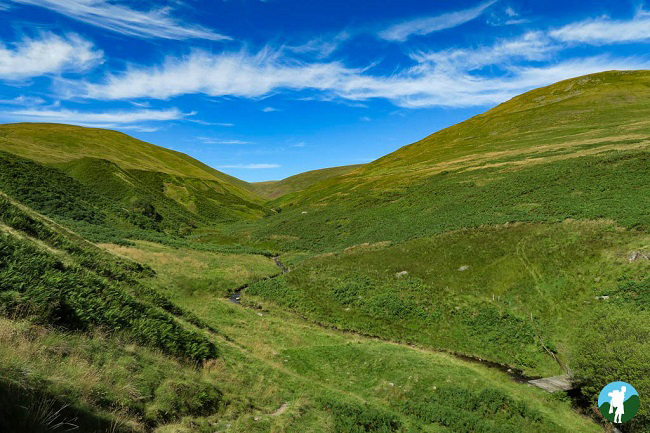 Personally I like sticking with the burn on the ascent as the sounds, sights and smells are wonderful. On a sunny day like this there’s an almost botanic (no, seriously, it’s not hyperbole) mist in the air. There are also several crashing falls to be sought out. In terms of wildlife look out for birds of prey scouting out dinner prospects from above and watch you don’t step on any badgers below. Once you do make it to the castle I’d advise continuing just a little further north to Sochie Falls (again check that map). My personal highlight, this will have you scrambling for the camera for sure. From here you can either meander west to Bank Hill or back south to the castle. 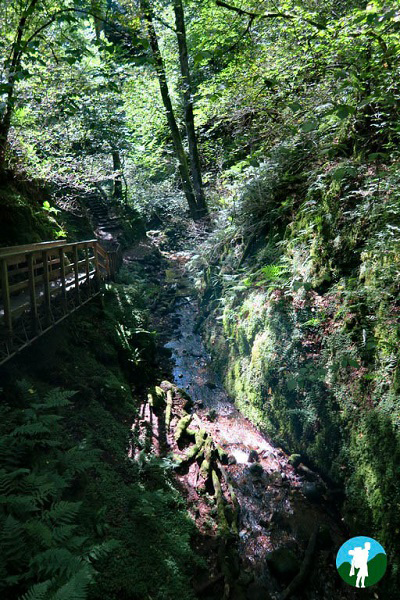 The Best View over Dollar Glen

I’ve been taking the well-trodden route to the castle for years. To be honest though, I have only minimally explored the gorgeous peaks hovering over the Glen. Today that changes. Completing a circuit around the castle and the gorge, the battle commences to find the best vantage point. There is a myriad of paths and trampled grass routes to choose from. But I find the peak to the west of the castle to offer the best position. A fairly short and straightforward ascent from the castle entrance area takes you past several fantastic viewing points and on to Bank Hill. On a clear day the panoramic views over Dollar and stretching to the River Forth, Fife, Stirlingshire and more make you chuffed to be alive. It also a prime spot to set up shop for a picnic. 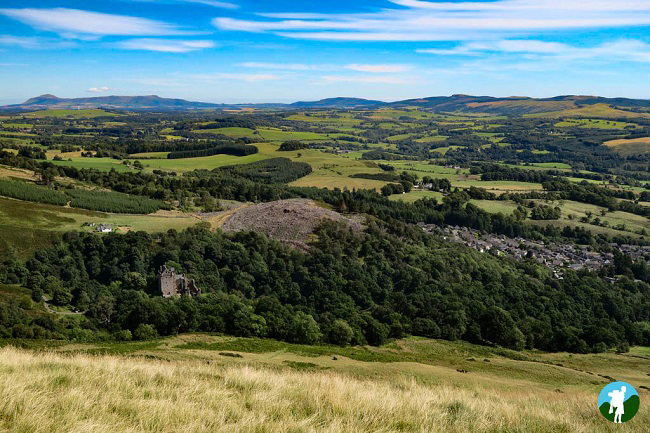 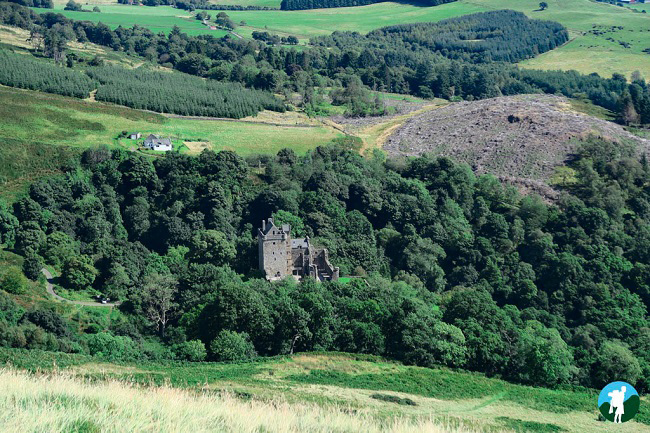 Dollar Glen undoubtedly makes for one of the best walks in Central Scotland. Off the main tourist route it is a favourite for locals and urban dwellers like me desperate to escape the cities on hot days. Dollar itself is also a lovely wee town and great for a café lunch after the exertions.

Great Walks in Dumfries and Galloway