Linlithgow Palace itself came into being around 1400 but there had been a settlement here, on the banks of Linlithgow Loch, since the 12th Century. These were the days of crannog life, when early inhabitants dwelled in wooden houses built ‘on stilts’ in water. Several of these would have existed on the Loch to home entire settlements of people.

‘The Peel’ was an early military base created in the 1300s during Edward I’s antics throughout the Wars of Independence. The English king would have used it as a strategic hub between the vital strongholds in Edinburgh and Stirling. 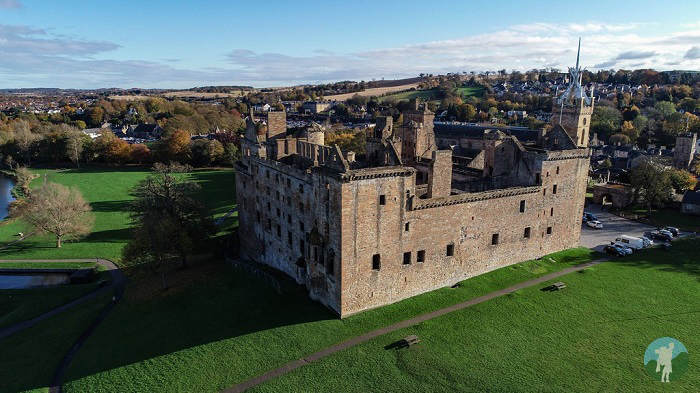 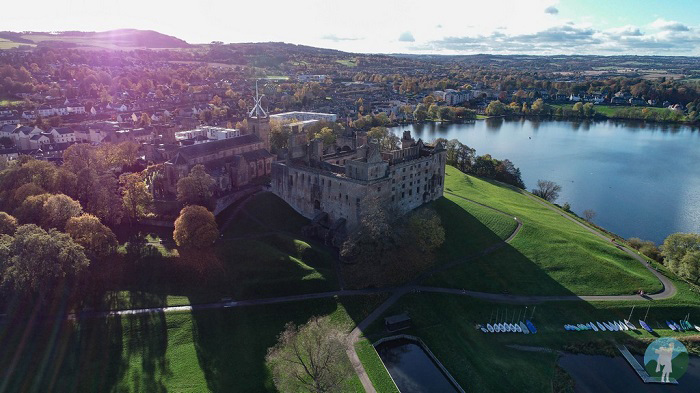 The Royal House of Stuart

Following a devastating fire that ravaged the town in the 1400s, James I set about the task of constructing what we now know as Linlithgow Palace. Very much seen as a residence for Scottish royalty to escape the city stresses, its serene location and grand scale made it the perfect holiday home for James’ line of succession. James III and James IV continued to improve the Palace under their rule as the Renaissance influnces from the continent began to spread to Scotland. James V was subsequently born here in 1512 and continued the progress.

His daughter and Scotland’s most famous female even still, Mary Queen of Scots, was also born here in 1542. Very much the highlight in the Palace’s long story, her arrival was met with a mixed response. These were the days where male heirs were prayed for long and hard after all! Mary was a regular visitor to her birthplace throughout her ultimately doomed reign. A statue of Mary can be found just outside the Palace walls.

Following the historic Union of the Crowns in 1603, Linlithgow Palace slipped off the map somewhat as power moved south.

It seems a shame that the Palace is today a roofless ruin, a shell of what it would have been in its heyday. Drafty and eerie, there’s precious little to paint the picture that historians are after….but those with an active imagination will have a field day. Evocative and inspiring, the scale of the rooms and the remarkably intact maze of staircases and levels will take around an hour to explore.

The Great Hall remains a focal point, as does the beautifully intricate fountain to be found in the courtyard. The structure once ran with red wine to celebrate Bonnie Prince Charlie’s brief visit in 1745. Although now tragically dry, it remains in an excellent state of repair. 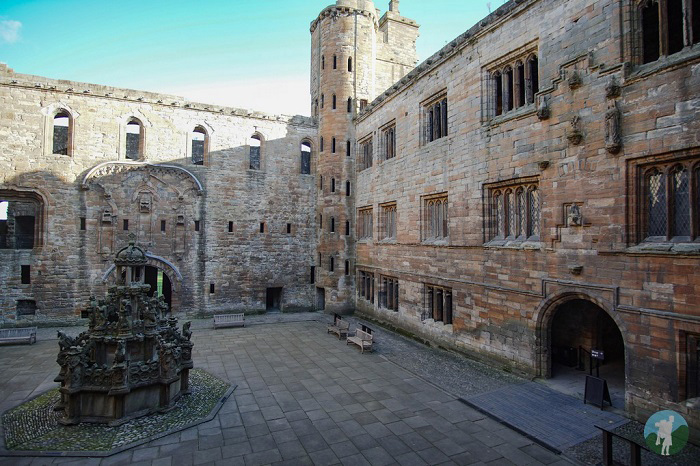 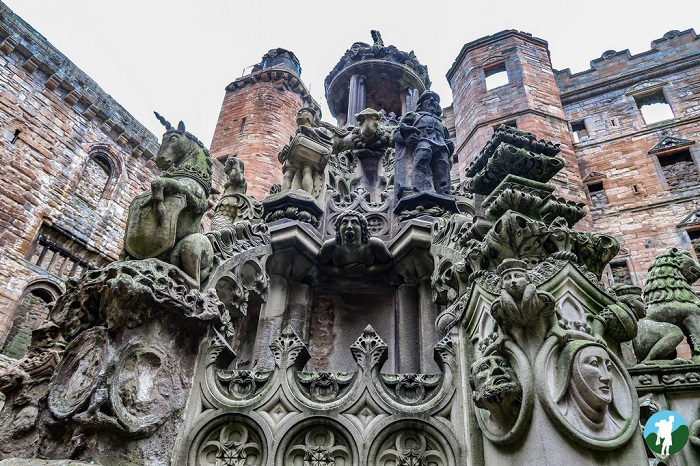 Be sure to climb to the roof where you’ll get the best views over the courtyard and across the camera-friendly surrounding terrain.

Its prime location in Central Scotland – with helpful proximity to the big cities of Edinburgh and Glasgow – coupled with its superb visual appearance and setting, make this place a favourite for the cameras. Linlithgow Palace featured briefly in Season 1 of Outlander filming. It was used as Wentworth Prison, the grim site of Jamie’s horrendous ordeal at the hands of Black Jack Randall.

It made a more memorable appearance in the 2018 Netflix film, Outlaw King. Substituting for Scone Palace, Robert the Bruce was hastily and controversially crowned King of Scots here in the early stages of the film. With war imminent, all of the fear and nervous energy of the time was encapsulted by the lochside setting. 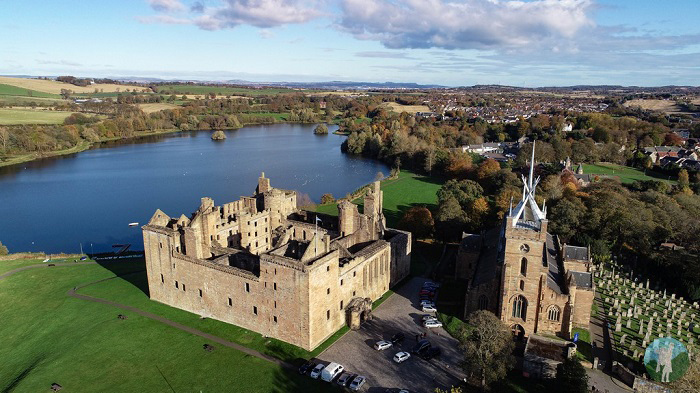 You’ll find Linlithgow Palace in the self-named town in West Lothian, around a 20-minute drive from Edinburgh. Linlithgow has a popular and picturesque high street and is a bustling wee place. There are also excellent train links to the town and the Palace is just a 10-minute walk from the train station. The surrounding Loch makes for an excellent circuit walk (allow around half an hour) and you’ll have plenty of different angles of the photogenic ruin to play with throughout. 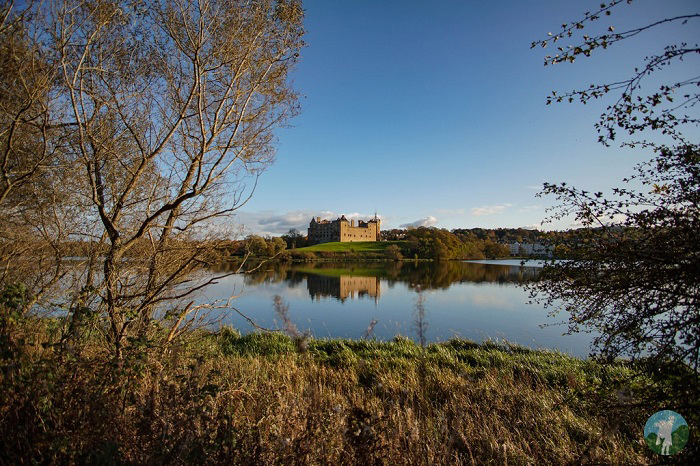 The Palace is cared for by Historic Environment Scotland and you’ll find their entry information here. There is limited parking directly outside the ruin with more available in the town.

Below I chat with my good friend David, The Castle Hunter, about the history behind the Palace. Covering all of the above and more, it’s a detailed look at one of Scotland’s most impressive relics.