As I’m often asked about the practical issues of going to work in China, here’s my lingering thoughts. Whether it convinces or dissuades, the choice is yours.

Going to live in China for half a year in 2010 was maybe the biggest risk I’ve ever taken. Travelling as habitually as I always have, I was at a stage where it was time to take the next step and hurl myself into an extended stay somewhere challenging. The east had long been a fascination of mine but I wanted to avoid the well-travelled ‘young-westerner-in-asia’ paths and pick my own spot on the map. My finger landed on the little town of Wuhu, Anhui Province, China.

Yes, Wuhu. Pronounced as you would hope it would be. Enjoy.

As everyone on the planet is well-aware, China has developed at a rate of knots in recent decades. This was a big part of my attraction. I wanted a lifelong memory. I wanted it to be hard. I wanted it to be rewarding. I wanted to really get to know the country, not as a tourist but as a traveller. I wanted to rely on the country for a salary, to understand local priorities and values and, of course, I wanted to unearth its true treasures by travelling as much of this continent-sized mass as I could manage. It proved to be quite an adventure. 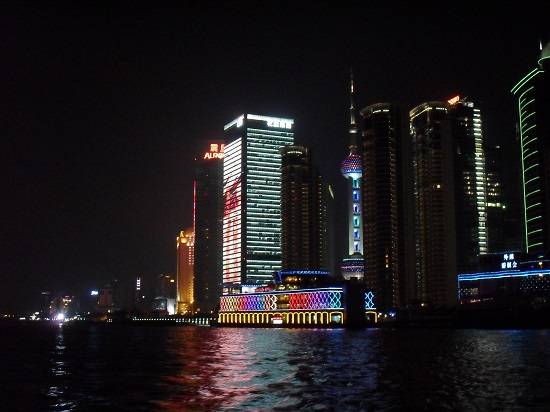 I was in east central China from July to December. It is stiflingly humid in summer, without really being particularly sunny. Winter is brutally cold and China’s rapid development seems to have by-passed the merits of central heating. Portable heaters were all that was to be found in Wuhu in 2010 and sleeping with several layers of clothes on became normal by the end of my visit. 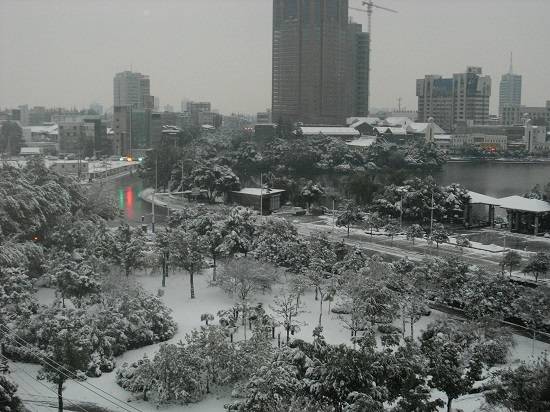 In China, almost anything goes. It’s also nothing like take away fare from the west. I lived largely off street food which I loved although the doors have not opened wide to world foods and finding the likes of pasta, coffee, cereal was a fruitless mission. Add fruit to that List Of Longing come to think of it. I missed that stuff badly. Vegetarians will also struggle and I advise getting to like tofu sharpish. I was food poisoned several times I must admit as supermarket produce was also not always fresh. Distribution still has a way to go.

Yip, some social media sites are banned. That’s just the way it is. Toilets are another amusing little experience. Holes in the floor, horrendous hygiene levels….oh yes, it’s not for the squeamish. Having said that there are I believe an increasing number of western style amenities creeping in. Smog is a huge problem and although not as severe an issue further inland, the big cities suffer badly. Again not the case in the big cities but places like Wuhu have next to no foreign residents. Being pointed at, laughed at, followed, questioned, mobbed for photos became normal daily occurrences. I was one of only a handful of white people in the city and something of an enigma. Leave your need for anonymity in the airport. 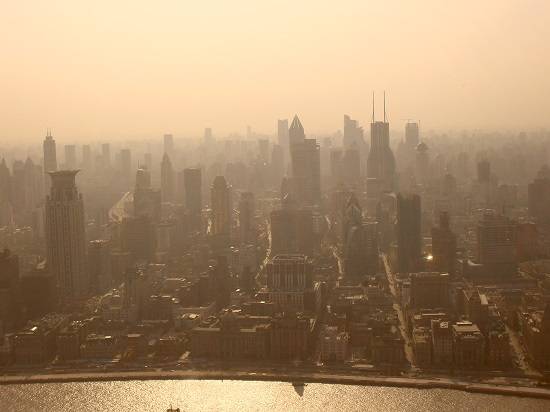 My China experience opened up doors and allowed me to do things I would never have the means to do at home. I won the provincial university football tournament as goalkeeper in the only team of ‘foreigners’, beating dozens of teams on the way to the trophy. I was a one-song rock star at a college music concert. Belting out some Bon Jovi in my kilt to a very patient and supportive audience was mortifying and momentously life-defining in equal measure. 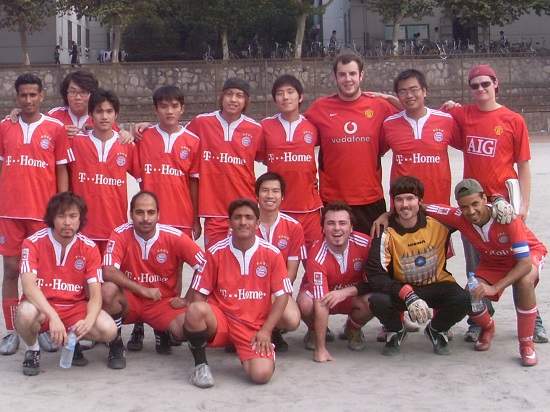 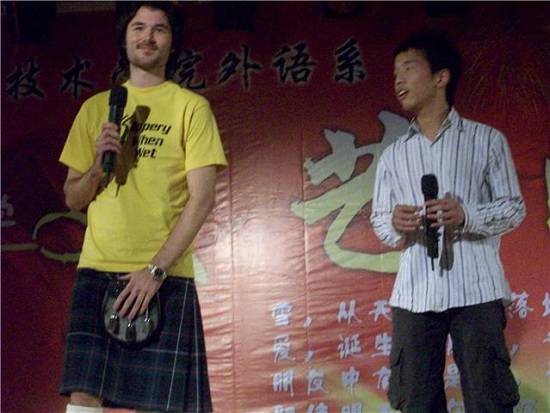 China on the road

I was able to fit in some wider exploration of the country during my stay. China is a beautiful part of the world with a fascinating history and its top attractions can rival anywhere. Standing on the Great Wall is one of my most treasured memories. Shanghai is a futuristic city unlike any I’ve seen. Suzhou is China’s answer to Venice. The sacred Buddhist mountains of Anhui were some of my all-time favourite walks. Best of all from my trip though was the warmth and consideration of the Chinese people themselves. I was fortunate to meet some really wonderful friends throughout my time there. 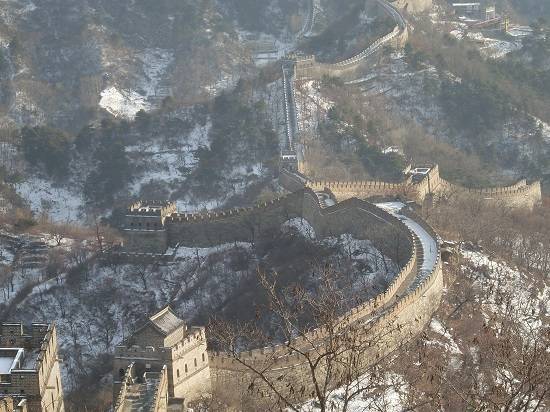 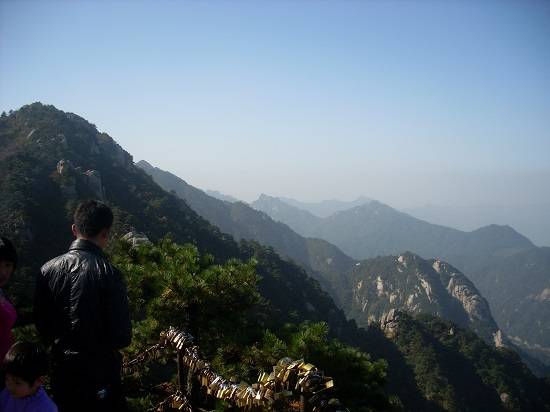 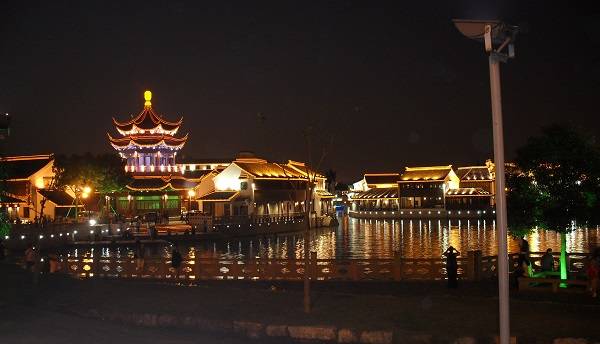 My favourite memory of all was in the final days of my stay in Wuhu. By this point I was desperate to get home. I was up for an early morning start and waiting for a taxi to take me to a college for a day of classes. Standing waiting patiently in torrential rain, soaked through and freezing, despondent and closing in fast on broken. Half an hour passes, no taxi stops. I’m going to be late for my class. Don’t care. These clothes are never going to dry. Don’t care. I’m going to get yet another illness. Don’t care. Suddenly a young umbrella-clad teenage girl is standing beside me. I glance at her, double-taking briefly. She’s staring intently at me like a doctor might to a patient pouring out their troubles. Not knowing quite what to do I raise a pathetic grimace/wan grin. Without a word she calmly gives me her umbrella. Appalled at the lack of gallantness in this scene I hastily try to give it back. She was firmly having none of it. With a smile and an earnest point at the sky she announces “it’s raining” and she shoots off, joining some friends down the street.

This is just a very brief summary of my standout thoughts on what it’s like living in Wuhu China. My full day-to-day account of life as an English teacher in Anhui is available on Amazon.

Is the Isle of Harris the most stunning area of Scotland?

A tropical adventure in Costa Rica