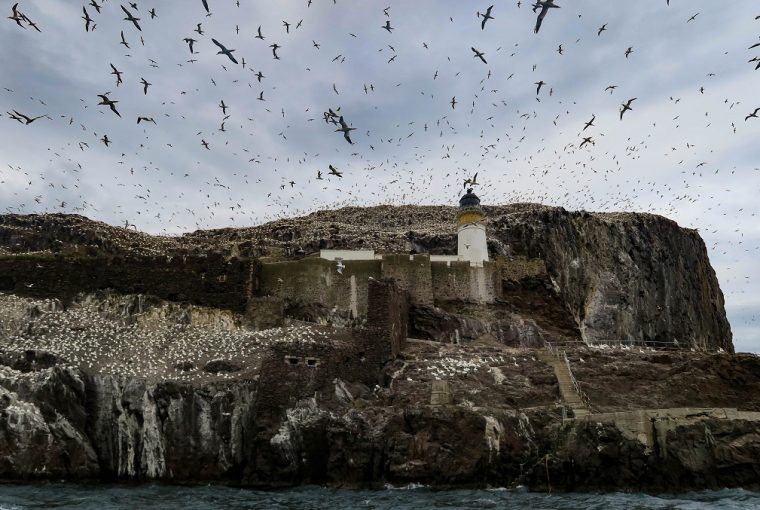 After my East Lothian adventures in April, my flirtation with the region continues at pace as I head back to the coast for an expedition with the Scottish Seabird Centre and one of their North Berwick boat trips. Taking to the water, I’m headed to the brilliant nature reserve that is the Isle of May. Hosting countless thousands of seabirds every year, there is one particular species that pulls the punters in with more than any other – the puffin. With an unprecedented opportunity to see them on land – between April and July – this is maybe the finest wildlife experience in this part of the world.

The Isle of May

Doing this weird job of mine, you’d think restricting yourself to a small country would get limiting and you’d find yourself constantly re-visiting places, desperately attempting to wrestle out a new angle to choke out something keyboard worthy. Not so, apparently. I’m constantly amazed by how much Scotland has to offer with endless adventures and diverse experiences ensuring that I’ve never once felt restricted. Never once felt like I’m in a content goldfish bowl. And forever impressed with the opportunities to broaden my horizons. When I was invited to the Isle of May last autumn at a conference, it was one of those fabulous moments when I realised a completely new adventure awaited. Aside from a vague and distant childhood trip, I’ve never been able to experience this place to a level that would do it justice. It’s about time. 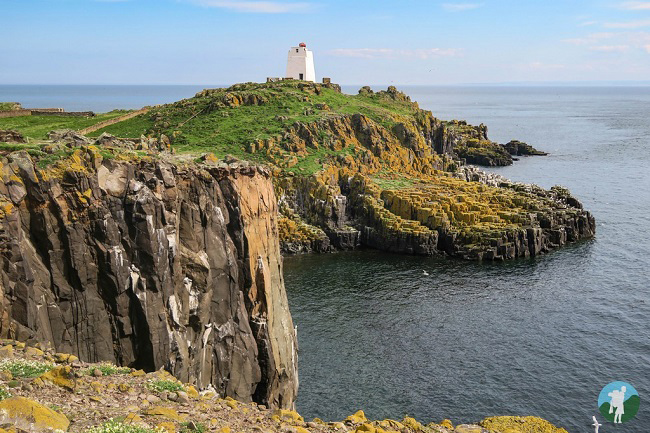 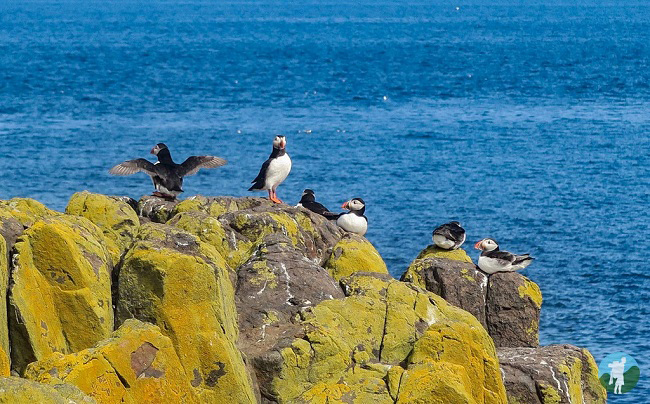 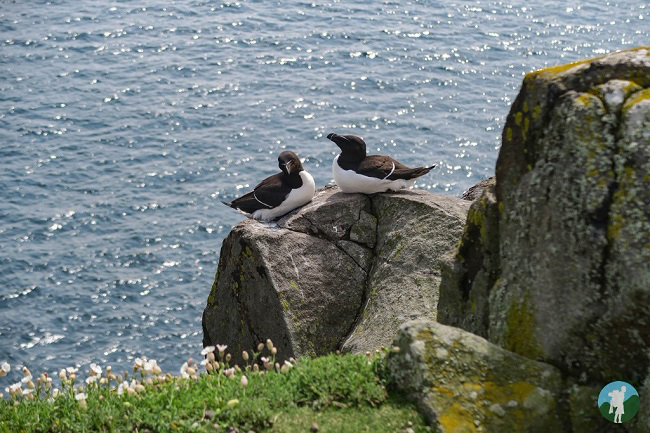 With the spring sun beaming down, the speedy boat journey from North Berwick flies in as distant views over the east coastline, Fife and the Forth islands tease an increasingly excited group. Just a mile long, the Isle of May holds that ideal appeal of being entirely navigable on foot at a leisurely pace, and we were given around two and a half hours ashore. Under the expert guidance of James from the Seabird Centre as our guide and with the support of Scottish Natural Heritage staff on the island, there is the flexibility to approach the day trip in whatever way suits you best. My fiercely independent side sees me tearing off to explore at my own pace, but you are equally welcome to wander with the guides and benefit from their vast knowledge. 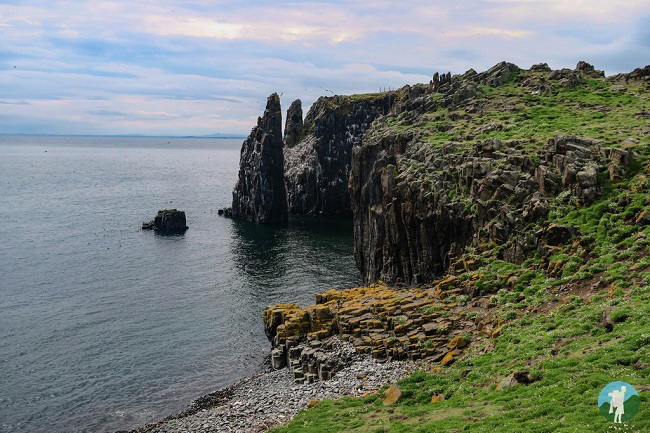 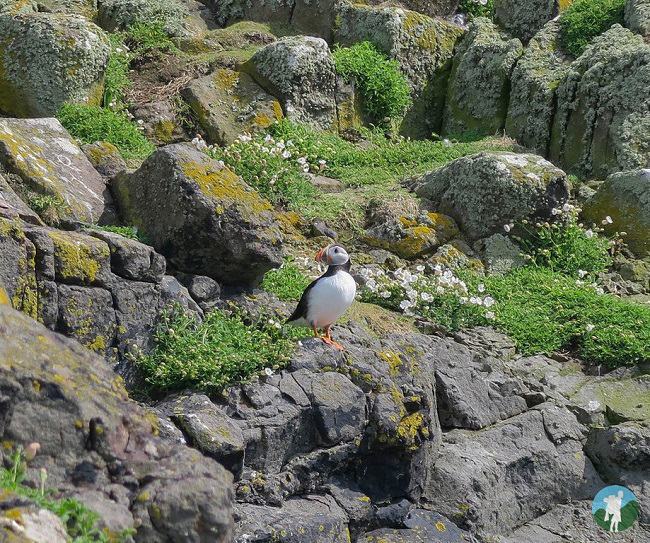 While the puffins – you may never have a better chance to see these little guys than here – like to burrow on land to nest, they are best seen on the cliffs around the island’s perimeter. Scores of them dance around off-shore, bobble about on the rock-faces and generally compete to be the cutest things imaginable for the lovestruck visitors. I’m amazed to learn that these surprisingly tiny fellas spend so much of their time out at sea, braving the elements, and that this 3-month window is merely a resting place in their relentlessly transient lives. While they are undoubtedly the star of the show, you’ll also likely encounter kittiwakes, guillemots, shags and razorbills. Bring a packed lunch, your best camera and binoculars if you have them. 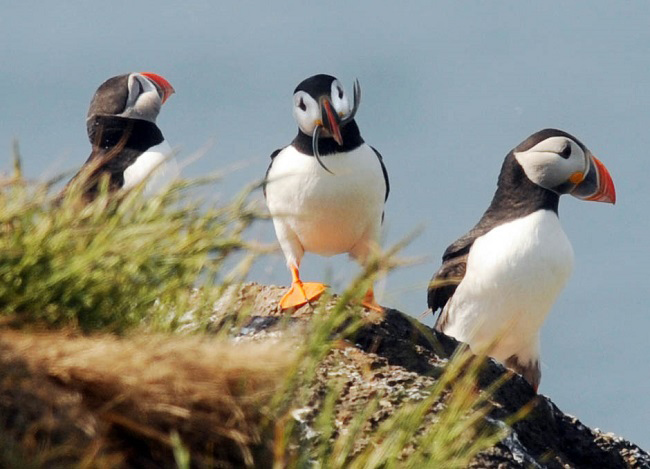 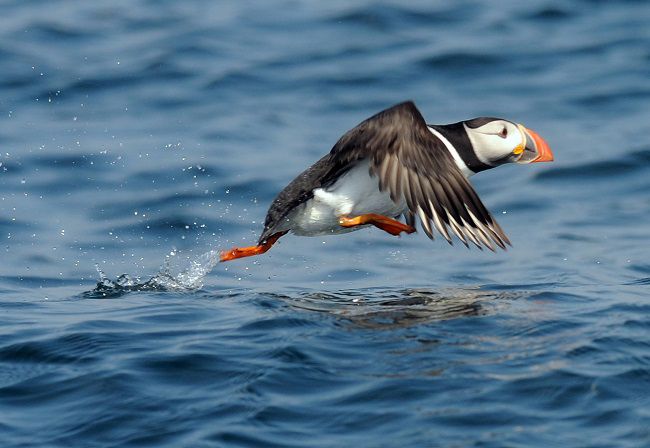 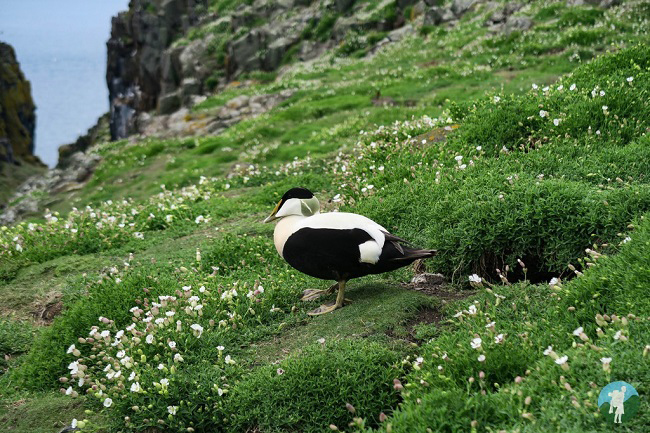 The astonishingly relaxed pace on this island is testament to the care taken by the staff. The birds are treated with the utmost respect and the very limited evidence of manmade activity does wonders for the blood pressure. The 12th Century ruin of St Adrian’s Chapel in the centre of the Isle even adds an historic appeal to a place that has a similar spiritual allure to Iona. While many have scoffed at the comparison of nearby Inchcolm Island as the ‘Iona of the East’, there’s no denying the odd presence that brings up nostalgic memories for any who will have visited the Hebridean gem. Boarding the return vessel is a reluctant task as the clamour of reality awaits, but with one slight detour on the way…. 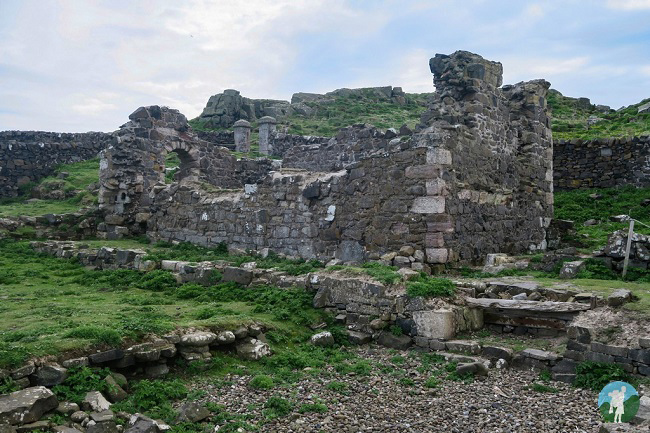 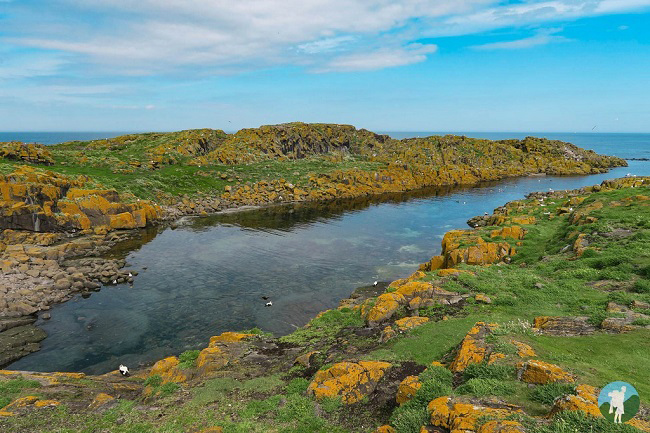 Never has there been such a contrasting feeling between islands. Especially given the proximity between the Isle of May and the inimitable titan that is the Bass Rock, the difference in atmosphere and vibe could not be more stark. While still very much basking in the grab-a-beer-dude sense of tranquillity from May, being plunged into the dynamic pantomime of The Rock was an exhilarating shock. Thousands upon thousands of gannets make this there home and, in truly dramatic fashion, encircle and consume the island in their droves. Aside from the unsettling terror that our boat was imminently to be subject to an unwelcome blitz from above, the sheer awe of this mass all around you is genuinely humbling. 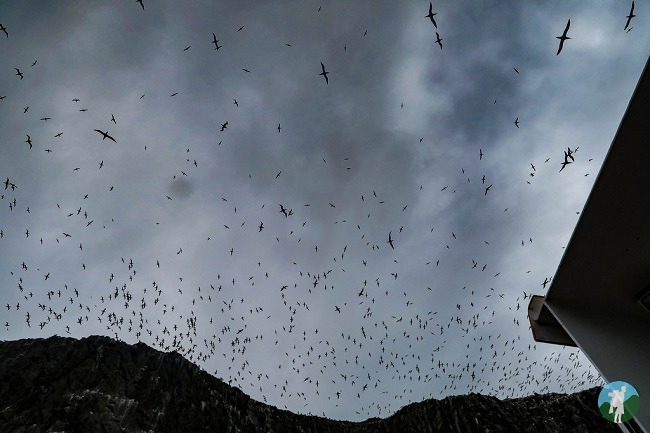 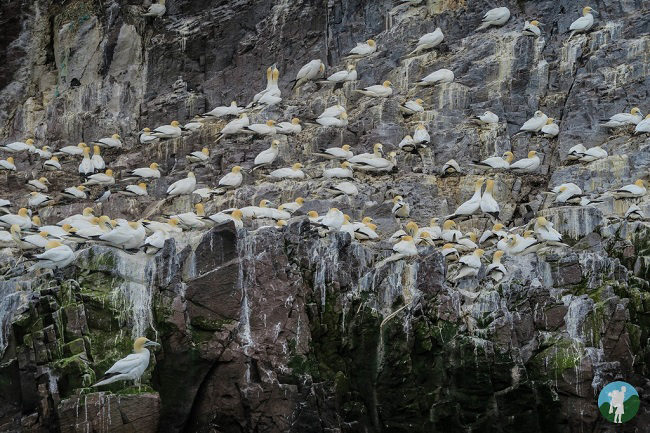 An off-shore icon of the Firth of Forth, forever staring dominantly back at East Lothian, it’s a natural wonder that all visitors to the region will know well. It’s also extremely popular as one of the seperate North Berwick boat trips, offering landing opportunities on the island. The biggest Northern gannet colony of them all, it can host up to 150,000 of these guys in peak season and The Rock gleams as the brilliantly white gannet masses take over. Shags, guillemots, razorbills and even seals can join them on occasion. And it’s not without its share of historical intrigue either. With its own ruined castle and status as a dreaded 15th Century island prison, its appeal stretches wider than birdwatching. A totally different perspective of Tantallon Castle, one of Scotland’s finest, on the mainland completes an unforgettable scene. 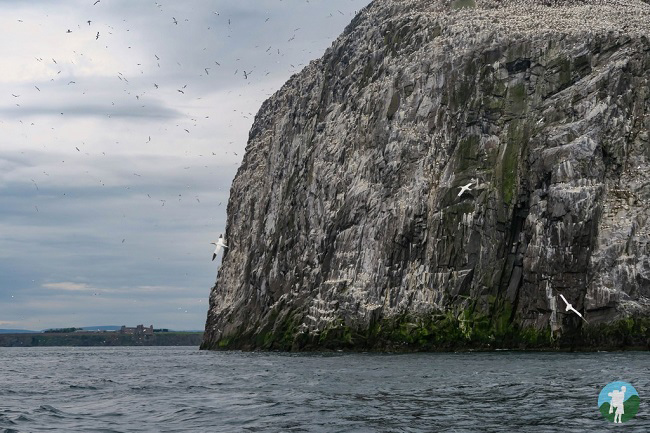 As we continue our homeward journey, I glimpse back at the receding shape. Sat there in St Kilda-like fashion, it is both beautiful and dread-inducing in equal measure. I can say with happy certainty, it’s not the last we’ll be seeing of each other.

I was invited as guest to experience the Isle of May and Bass Rock by the Scottish Seabird Centre on this North Berwick boat trip. Non-branded photos courtesy of the Seabird Centre, taken by Phil Wilkinson. These guys are long-established as one of the leading tourism attractions in Scotland, and with good reason. The above review is an honest account of my experience on the day and, based on all of my experiences with them in the past, I’d have absolutely no hesitation in heartily endorsing them to anyone. Fabulous guides, first rate facilities and a highly considerate approach to both their customers and their key winged allies, this is a first class day out for all.

On the Hunt for a Whirlpool!