The Beaches of North Uist

Glowing white sands stretching for miles, uninterrupted by anything that humankind has brought to the world. Fresh winds and crashing waves the only sounds. A mess of vibrant colours bouncing back at you. Distant peaks and islands standing proud on the horizon. It all sounds like something pulled out of a lullaby. But this is the reality of the coastlines of the Outer Hebrides, places that no-one could not love. Whether these thoughts creep in while staring glumly at the photocopier, plodding to work amidst a concrete jungle or it’s just Hawaii Five-O that’s giving you beach envy, this is an image we all dream of at some point or another. And, when it concerns the North Uist beaches, I’ve come to realise that this is just about as good as it gets.

Me and North Uist

You know when you’re at your awkward best as a teenager….sitting moodily at a family dinner table hoping no-one will pay you any notice? Or when you’ve got your new girlfriend over to meet the parents and you’re praying to all that is holy that you won’t somehow get landed in it with a regurgitated tale of your youthful woe that’s sure to result in hilarity for all but you? Yes, well these are the times when you’re at your most vulnerable. Your defences are powerless in the face of attack and your hard-fought-for-super-cool-guy image can be torpedoed in an instant. The response from the far-too-amused-for-your-liking audience falls somewhere between “aww how cute” and “oh, how pathetic” and you just have to sit there and take it. And, in my case, these are the moments when the photos of North Uist come out. When wee me, invariably in the scud for some reason, can be seen charging head-long on my wobbly toddler legs towards the sea. Towards waves that would wipe out a professional wrestler, facial expression alternating inexplicably between goofy smile and icy determination. Or when I can later be seen throwing the king of all tantrums about being taken home off the beach. Or falling arse over elbow down a farm hill, through the cowpat and into the barn – much to the confused alarm of the animal residents. Yes yes, I know it all too well. This is the life of a city baby, let loose in the Outer Hebrides.

So you see, I have had a long and intense relationship with the Western Isles of Scotland and North Uist is among my first memories in this world. It was an escape for my grandparents who used to haul their family up here at every opportunity. These were the days before cheapo airlines to everywhere and nobody seemed to give a fig about 30-hour journeys to holiday destinations that didn’t even get you out of the country. Dangerously congested car space optimisation and multiple dubious boat rides didn’t seem to put them off as they traipsed back and forth. My grandpa even went so far as to optimistically buy an old run-down croft up here, clearly with fanciful doer-upper ideas that never came to anything. As the first grandchild, I got to partake in all this madness too and the love for the place remains. That ruined do-er upper is still here incidentally, sitting doing nothing. As daft as his reasoning may have been, I’m inclined to conclude that our minds must work in a similar way….. 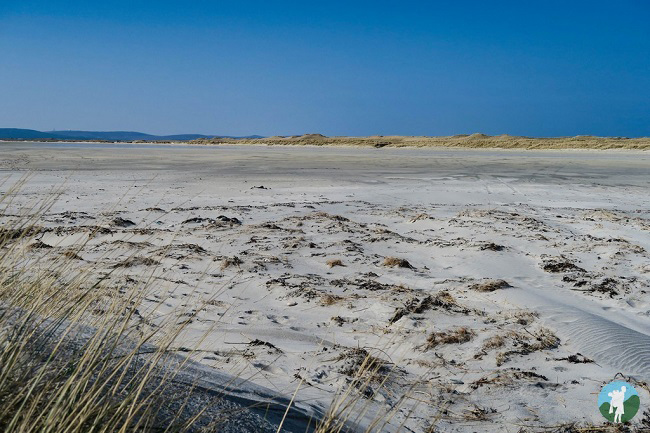 Attempting to narrow down the best of the North Uist beaches is no easy task. The north and west of the island are dominated by sands coming in all shapes and sizes. Each has their own personality and appeal. The pretty Clachan Sands, the ruggedly handsome Hosta, the lazy expanses of Traigh Ear or the jaw-on-the-floor magnificence of Traigh Udal. You can take your pick, there’s no duds in this list. But, while it was the crashing waves of Hosta that brought me so much daredevil infant delight, Traigh Udal comes out on top for me nowadays.

It’s a beauty this one, it really is. Having looped around the perimeter of the Udal Peninsula from east to west, I’d already been treated to a medley of beautiful natural terrain. Vast, fat sandy beach on the east side, mountain views to the north and then….this. A secluded and abandoned feast for the eyes. 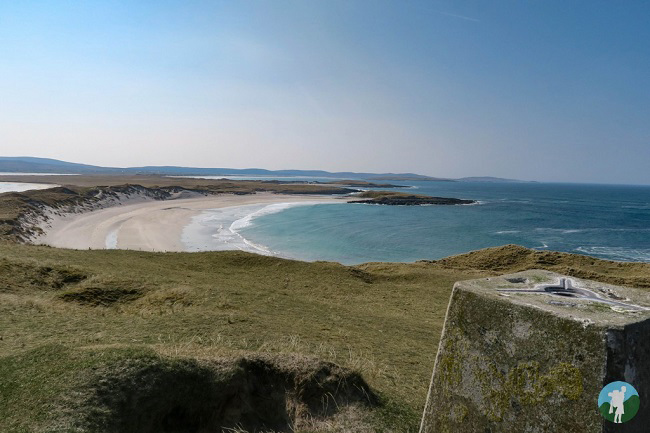 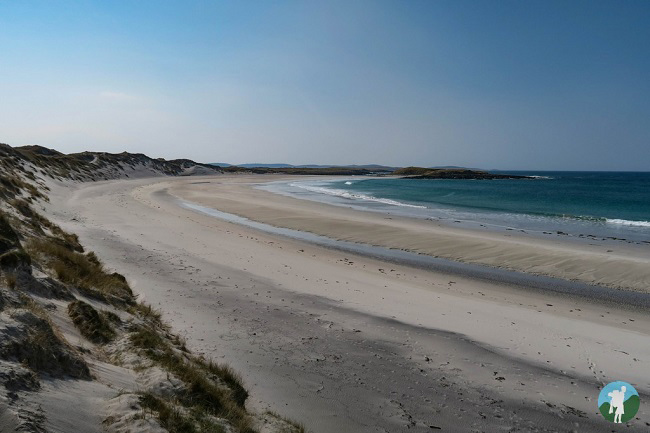 Continuing further down that western side, Traigh Iar is on a different scale but is no less magnificent. Tucked away behind deep machair it could easily be missed but is a must when completing this truly extraordinary loop around the peninsula. Emerging from the rough and having this gigantic vista of immaculate beach spread before you will astonish and awe without question. I love that – despite my extensive exploration of Scotland in recent years, it still absolutely astounds me from time to time. 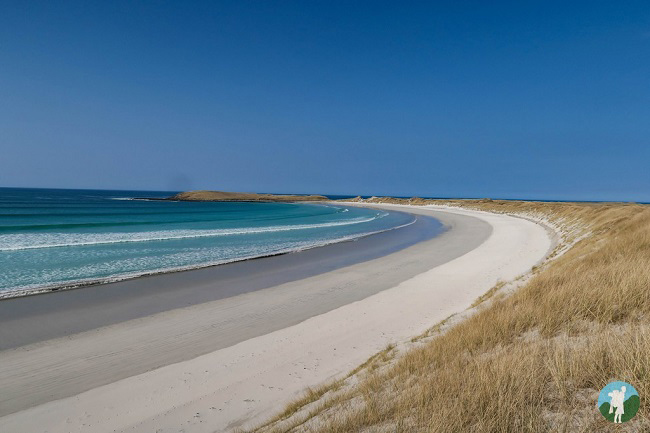 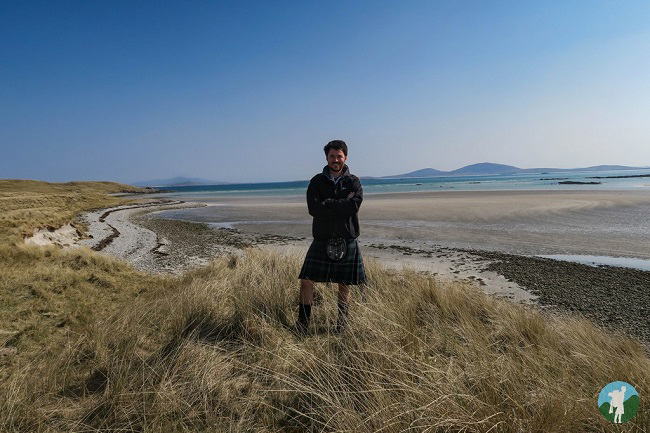 While the North Uist beaches really got to me this month and re-ignited a long-lost love, the Outer Hebrides has countless other sandpits to note down on your itinerary. I’ve been gushing praise for Harris since I started travel blogging my way around Scotland and it’s right up there. Scarista, Luskentyre, Seilebost, Hushinish…all are world class stretches of sand that would be on most folk’s top ten. You can read more about these guys here.

Harris is of course just over the water from North Uist and the two are between little Berneray (which is itself connected to North Uist by causeway). Berneray owes much of its beach fame to the fact that the Thai tourism board thieved it for their own marketing purposes – clearly unaware that Googling ‘beautiful beaches’ is not the way to go about promoting your country. That Thailand, a stunning part of the world, could turn to us for visual aids truly says it all. Make a day of it on Berneray by walking from Borve up the largely rocky east coast before hitting the beach that covers the north east of the island. Then coming inland, the views over the whole island are best seen from Beinn Shleibhe. Descend to the west and emerge from the machair onto West Beach, the source of so much Thai envy. Running for a ridiculous 3 miles it really is a sight to behold. The walk just described is a fabulous all-rounder and you can add in a mighty standing stone, sunbathing seals, thatched-roof cottages and a delightful gift shop at Coralbox. 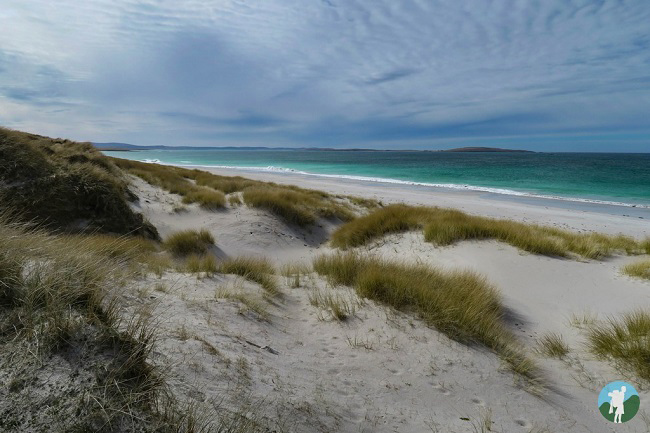 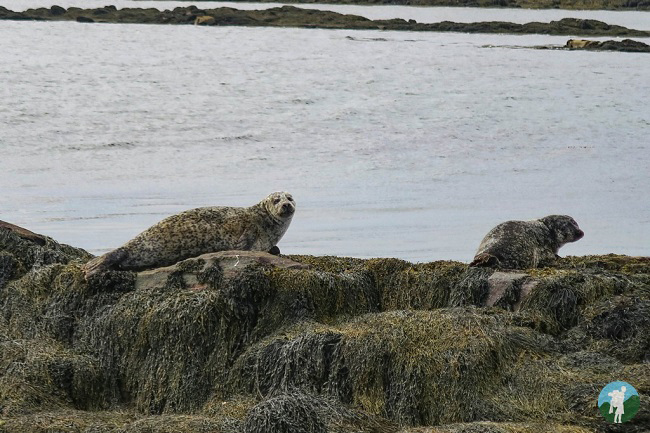 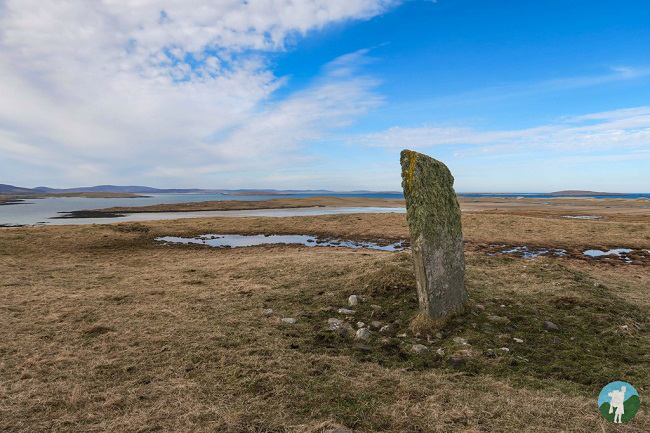 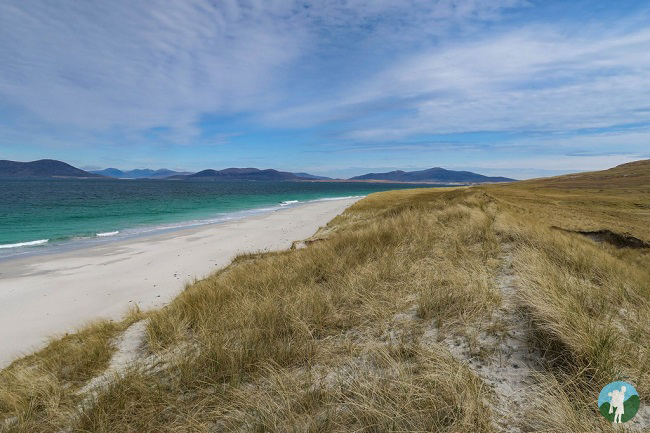 While North Uist’s closest southern neighbours (Benbecula and South Uist) can’t honestly match it for beach beauty, their west coast sands are still very noteworthy. Benbecula in particular has some Atlantic-facing nuggets that offer smaller-scale beach beauty while the west of South Uist is one giant stretch of near-uninterrupted machair-backed sand. Better still is little Eriskay, nestled between South Uist and Barra. Feeling even more remote than its Hebridean neighbours, Eriskay’s west coast beach (Coilleag a’Prionnsa) was the landing spot for Bonnie Prince Charlie when he arrived in Scotland to rally his supporters. Radiant on a sunny day, it’s actually even better under moody skies when you can almost picture Charlie’s dramatic landing and the igniting of the final chapter of the incredible Jacobite story. 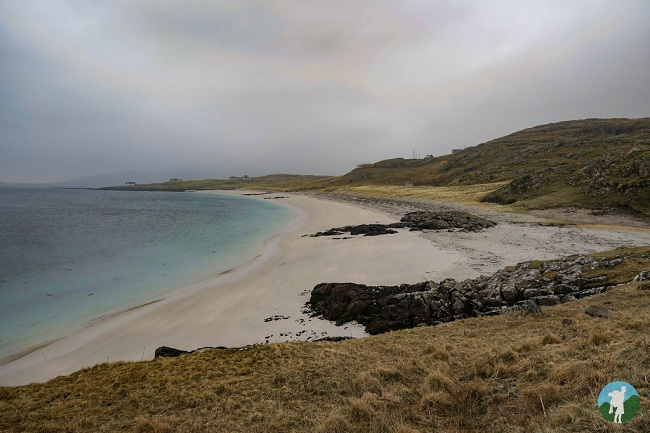 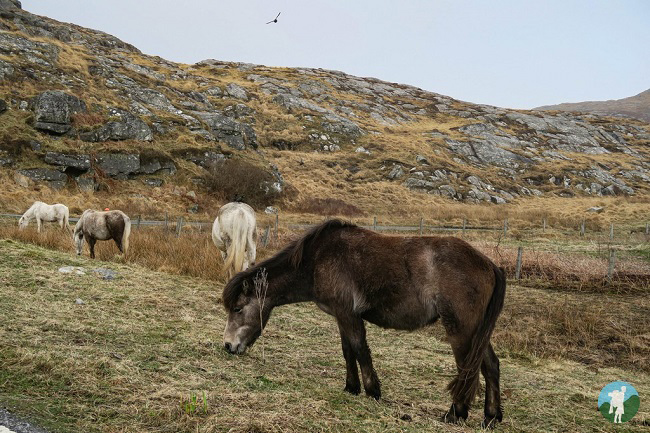 Eriskay is also famous for its roaming wild ponies that can often be seen by the roadside and as the island off which the SS Politician went down in 1941. Carrying 21,000 cases of fine malt whisky during rationing time, it was hastily ‘set aboot’ by locals seeking to replenish their stocks before the authorities could arrive to re-claim them. A fortuitous accident indeed….and one that inspired the comedic novel Whisky Galore.

And with that cheerfully sobering thought, all you need to do now is go and see all of this island magic for yourself.

The Scotlanders Head to East Lothian!