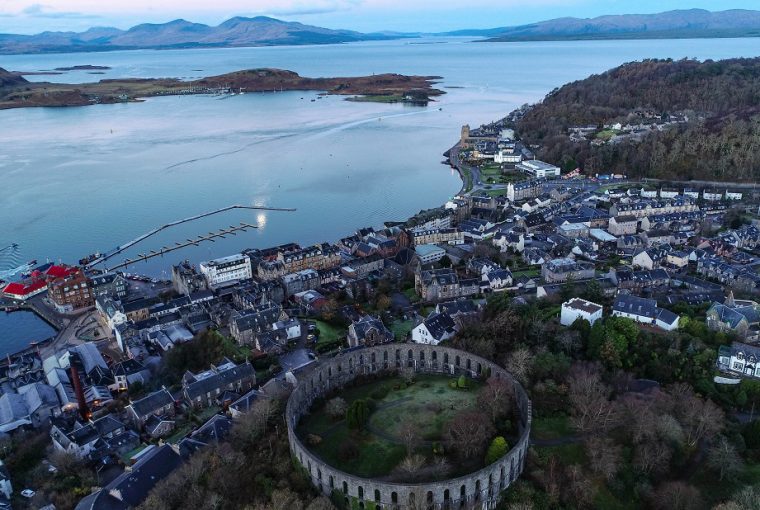 The winter chill is in the air. The days are cruelly short. Christmas chatter is all too unavoidable. And I’m generally to be found hanging around the whisky cabinet with above-normal consistency, pretending to find the labels fascinating. Let the festivities commence.

Before Glasgow, Edinburgh and others transform themselves into Santa showrooms and the mulled wine gets passed about with cheery, reckless abandon, I’m escaping to the coast for my first experience of the Oban Winter Festival. Marking the only remaining time of year when Oban isn’t a dizzyingly frenetic little hub of holidaymaking activity, the winter season provides locals and travellers with the opportunity to close the year in style. Another astonishingly good year for Scottish tourism keeps transport hubs like Oban fuelled and keeps the quality of local produce and facilities sky high. A 10-day event packed with markets, ceilidhs, live music and parades, the Festival has facilitated my seeing another side to the characterful wee town that even Scotland fanatics like me never seem to get enough time in. 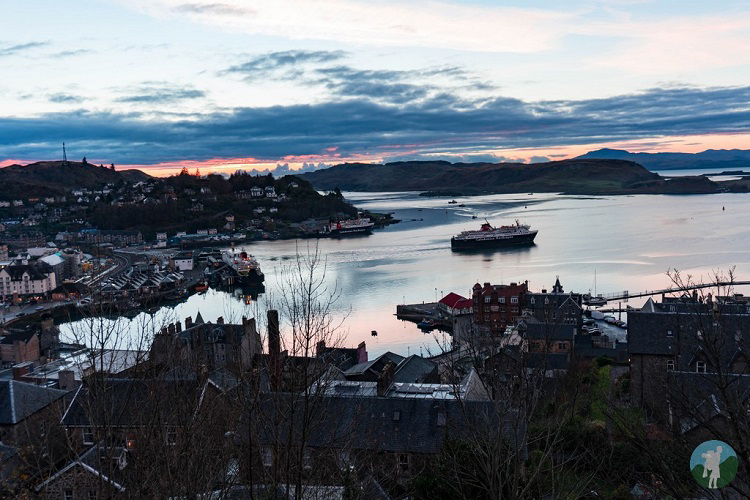 While childhood memories of ceilidhs (or school dances as they were for me then) bring back pangs of sheer terror, now is the season when this particularly strong tradition takes centre stage. In high school, awkward and self-conscious teenagers would be thrust into hideous scenarios where they had to dance with members of the opposite gender. Now, I can’t dance. I can’t even pretend to dance. But what awkward teenage me did not fully appreciate was that neither can almost everyone else. Traditional Scottish dancing is a thing of beauty when done correctly, but your typical ceilidh is considerably closer to a riot of missteps, not-so-glamorous stumbles and dangerously frequent trips to the bar between dances. The Festival saw the good, the bad and the hilarious as young and old braved the dancefloor to strut their stuff amidst a jovial (and forgiving) atmosphere. Veteran couples amazed with their stylish moves just as young adults parked their inhibitions to wing it. Even children were in on the act as Dashing White Sergeants, Gay Gordons and Strip the Willows passed by over an increasingly captivated venue. Backed by some fabulous musicians, including the odd bagpiper, it was one to remember on a cold winter night. 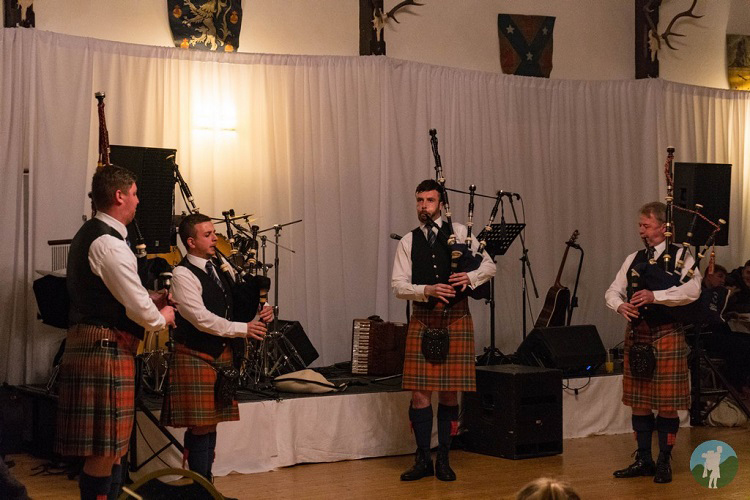 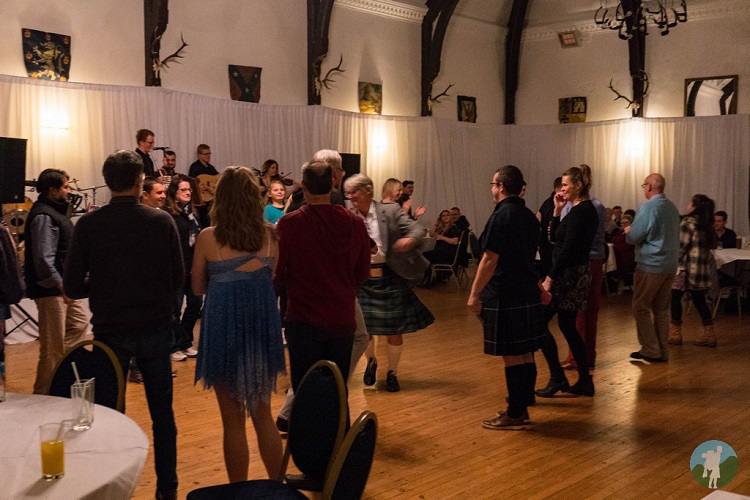 A medley of art and craft events littered the Festival schedule with loads of Hebridean influences creeping in. I also had centre stage for the Finale Parade that saw a procession of kilted heroes brave the chill to lead a musical march to Oban Distillery, the centrepiece of much of the Festival, before the sky was lit up with fireworks. 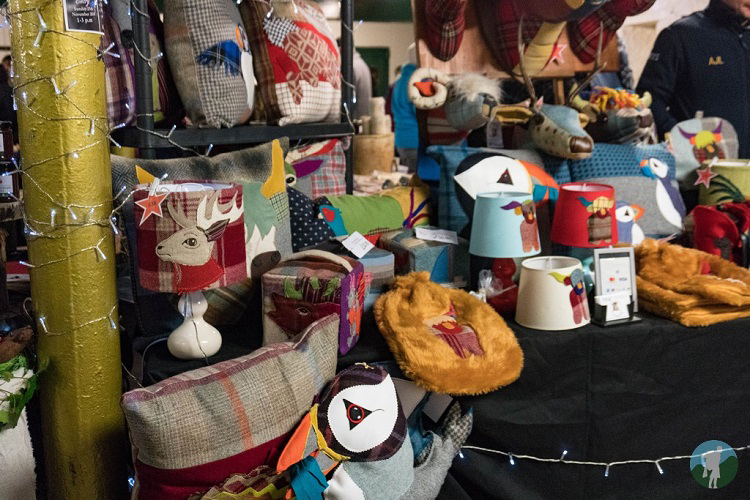 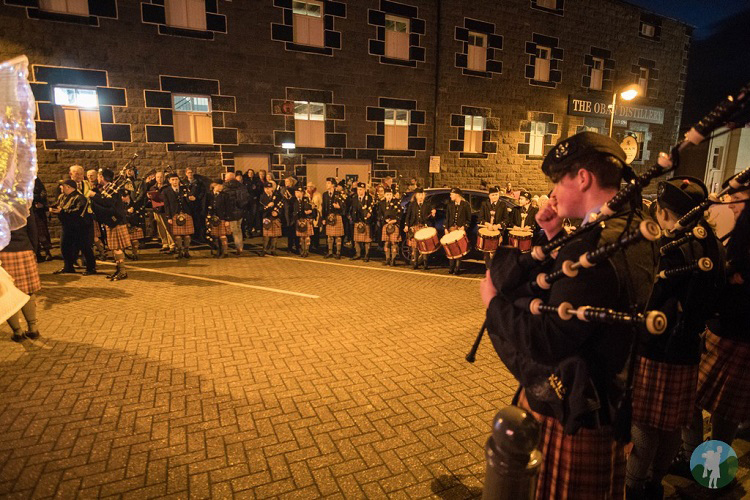 Grub and whisky are at the heart of the Oban Winter Festival and I was magnificently fed throughout my visit. An excellent en route lunch on the banks of Loch Awe at the newly improved, and extremely cosy, Ben Cruachan Inn and a meze riot at the magnificent Baab in Oban itself were definite stand-outs. I’m a huge fan of Mediterranean cuisine, especially with a Middle Eastern influence, and the latter was a delightful surprise and a new go-to on Oban’s pier. Healthy, colourful, diverse and carb-light, Scotland needs more of this.

My list of top Scottish restaurants now has a new arrival as well, Etive Restaurant. A short walk from the heart of town, early 2018 saw this place burst onto the culinary scene and it’s on-course for great things. Oban has long had several very good eateries, but Etive really has raised the bar. Fresh, seasonal produce meets a small but perfectly balanced menu that keeps the focus on Scotland’s strongest assets, particularly those plucked locally from our waters. Magnificent cocktails, a remarkably considerate wine list, truly exceptional service and faultless end product say it all about what can be achieved in this country when people really care about dining. My usual reluctance to delve too deeply into food recommendations for my readers goes out the window for this one and I’d always find time for this place when back in Oban. All credit to the owners David and John for starting their business venture so successfully – bring on that Michelin-star! 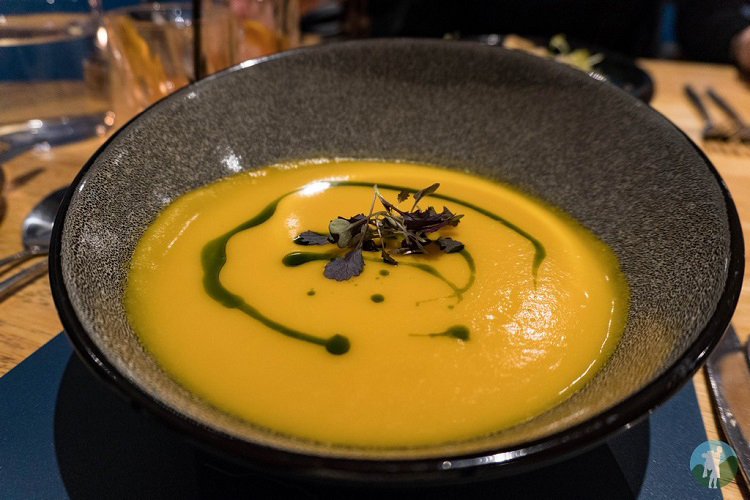 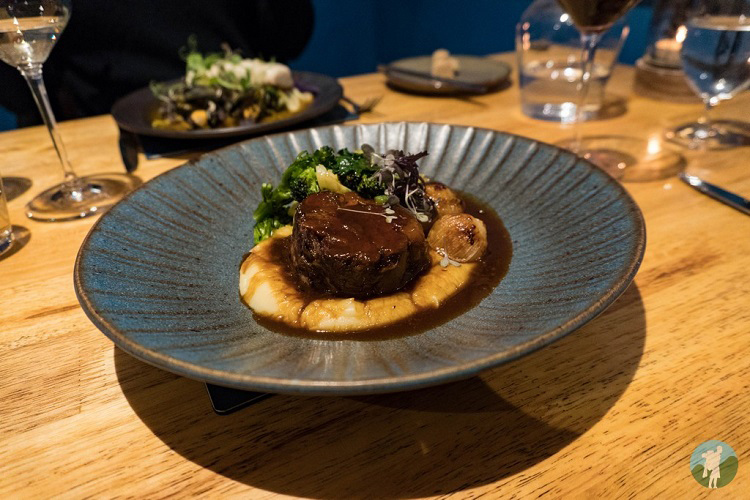 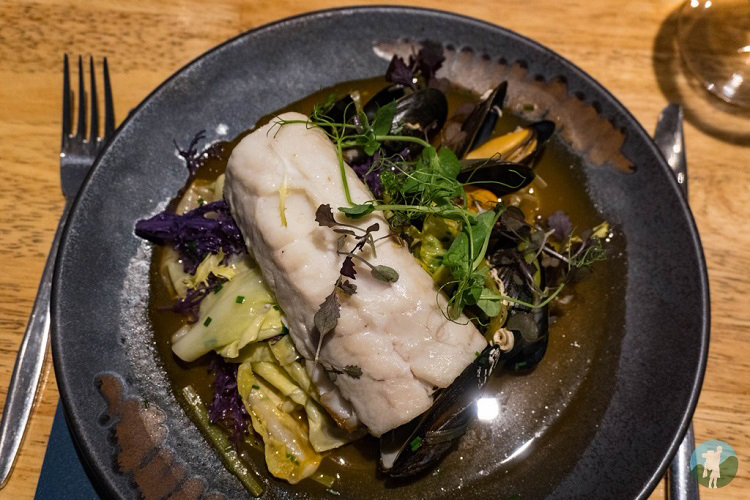 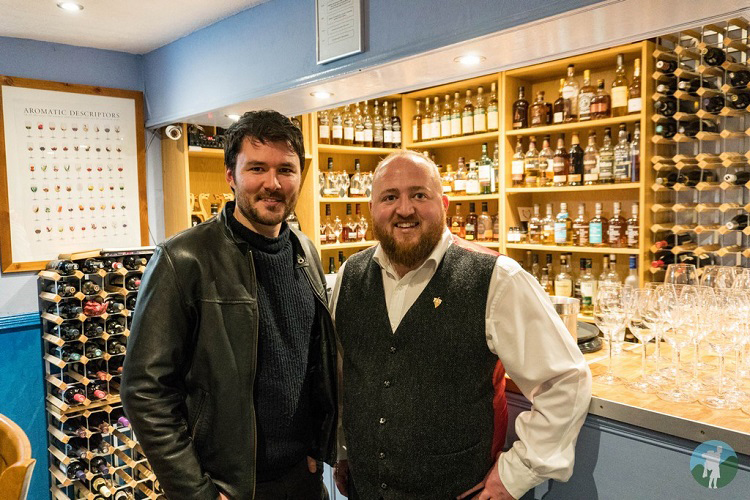 In between the fine dining, I also achieved something of a career high in being included on a panel of judges for a haggis competition! Fourteen haggis producers had set out their best efforts for us to poke, prod and nibble amongst much impassioned notetaking. It’s a very serious business in Scotland, you know. I have to confess to astonishment at the diversity of textures, tastes and appearances of this bold national icon that tends to fall into the love or hate camp. Fortunately, our identified champion was unanimously agreed with a perfect dose of pepperiness and bold impact on the palate. Washed down with the plentiful supplies of whisky going around (the tasting was thoughtfully held in the distillery for ease of access), there were suddenly very few stereotype boxes left to tick! 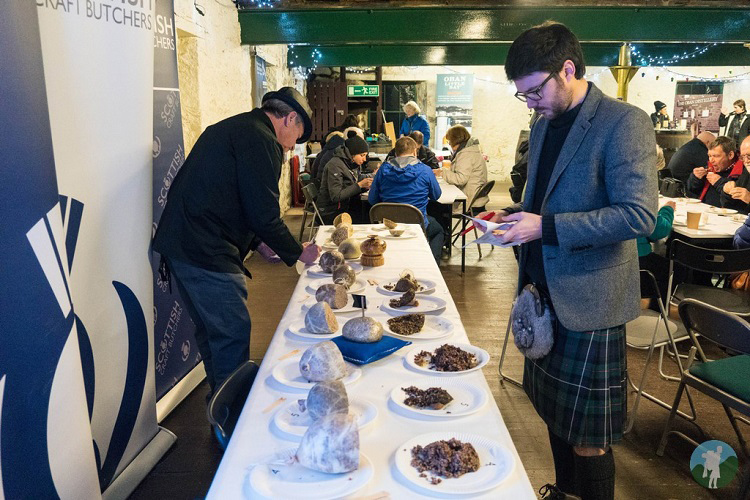 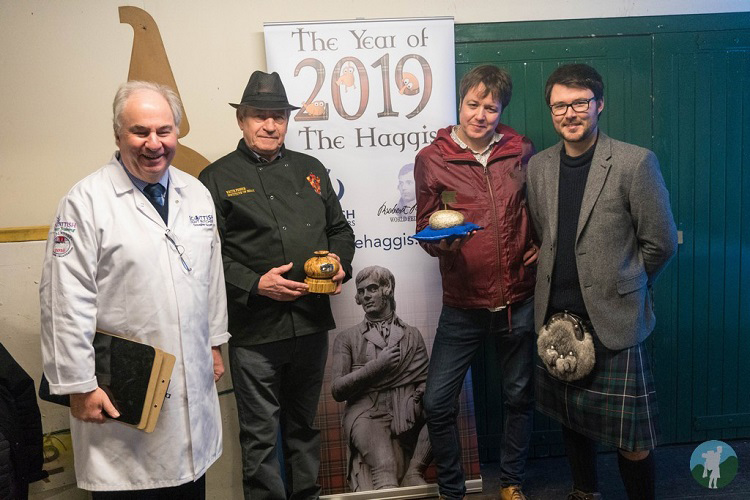 I’ve long championed Argyll as dreamland for road trippers. Stretching rugged trails, Highland peaks galore and centuries of historic highlights make it a place with a huge soul and a superb visual delivery. The well-trodden road from Glasgow to Oban passes Loch Awe, on who’s banks can be the found the sum-Scotland-up-in-a-photo view over to Kilchurn Castle and the spine-tinglingly atmospheric St Conan’s Kirk. Both unmissable stops, you can read more about them here. 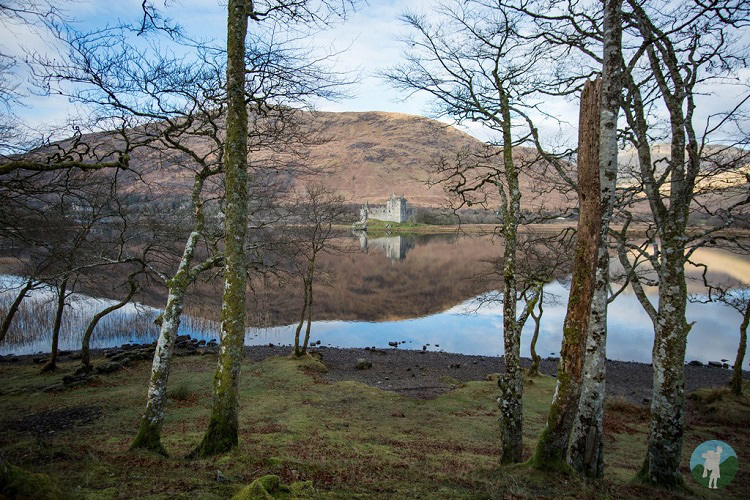 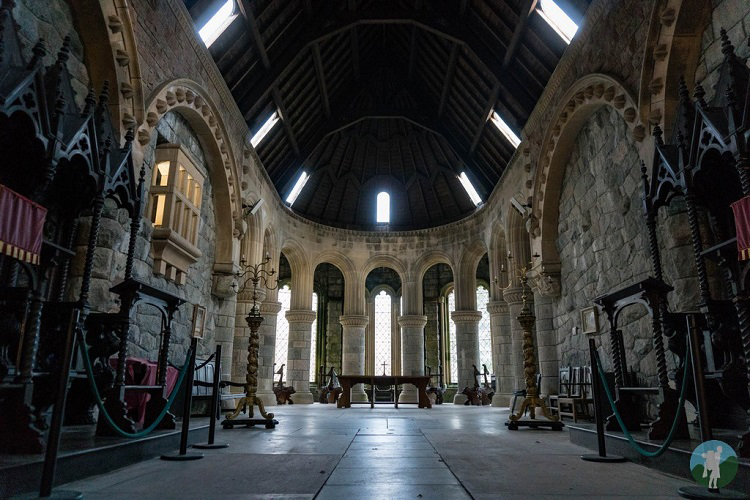 To the north of Oban, following the coastline makes for a scenic drive to remember. The west coast islets and vibrant coastal blues will lull you away into blissful satisfaction and has been made for such crisp, clear days. That Castle Stalker plonked itself opportunely into the equation only adds further fascination to the area around Appin that is thronged with travellers in peak season, but that sits near-empty at this time of year. Distant views towards Lismore, Ardnamurchan and Shuna Island provide the backdrop while this daintiest of islanded towers sits smugly on Loch Laich inviting you to get the camera out. Dating from the 14th and 15th Centuries, it is occasionally accessible to the public in summer months. I can’t mention the place on social media without calls of ‘Aaaaarrrrrrggghhh’ going up and, yes, it is probably most recognisable thanks to its starring role in Monty Python’s daft finale. 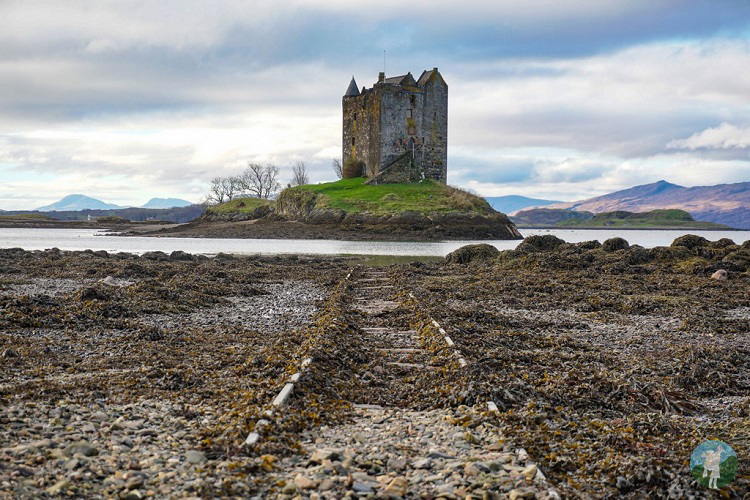 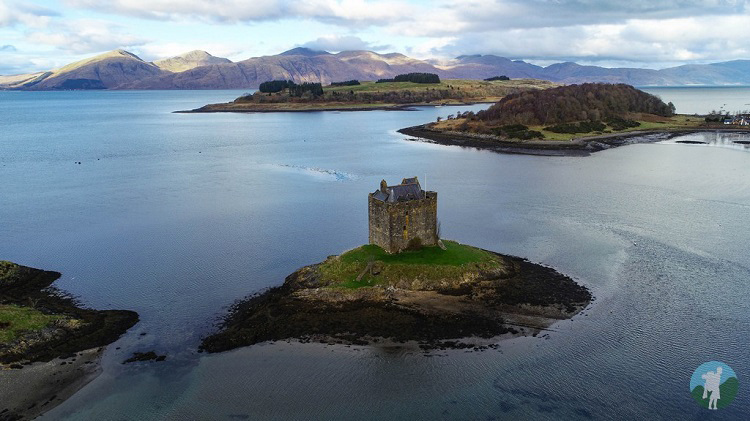 Closer to base, Dunstaffnage Castle can’t compete with Kilchurn and Stalker for visuals but makes up for it with its story. Built mid-13th Century, I’m going to do it a great service and describe it as a brute. With Outlaw King still fresh in my mind of course, it’s worth noting that Robert the Bruce was here, laying siege in 1308. This was therefore after his turning-point victory at Loudoun Hill in 1307 and during the years of his ascendancy leading up to Bannockburn. As with Castle Stalker, Dunstaffnage served as an historic base for the Macdougalls, the Stewarts and the Campbells – with the Macdougalls rivals to the Bruce’s charge to power. Flora Macdonald, famous for her role in the post-Culloden escape of Bonnie Prince Charlie, was also held here as a prisoner in 1746 before being sent to London. An evocative interior nods to the bustle of everyday medieval life and the panoramic views from the parapets are the envy of almost every other fortress in the land. Ancient Argyll at its beautiful and seductive best. 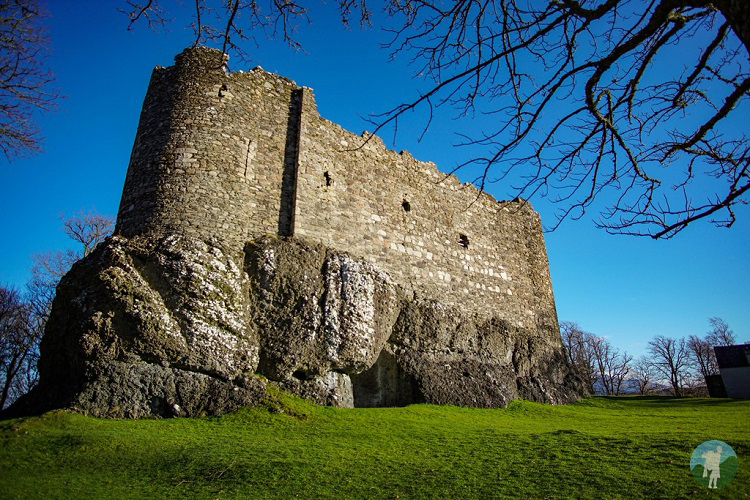 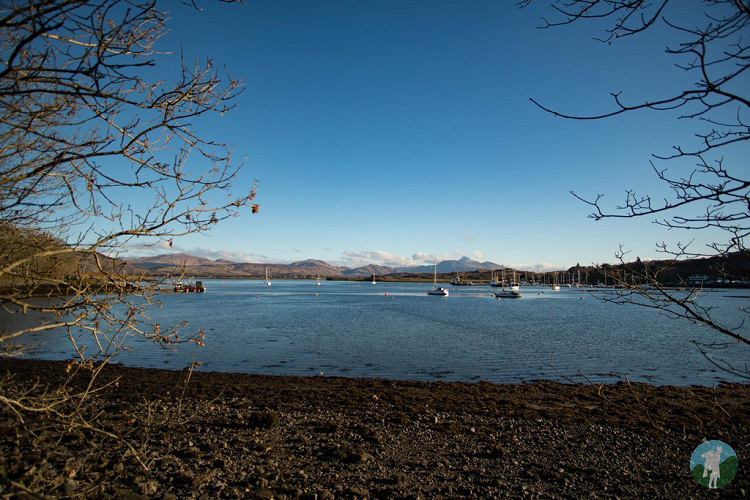 This Oban adventure was completed as part of a sponsored promotional trip to allow me to experience the famous Oban Winter Festival. My hearty endorsement of the event and all providers within is based purely on my very positive, very recent experiences. Oban is a fabulous town anyway but really comes to life when such a well-spirited event sweeps everyone up with wonderful produce and a warm atmosphere. For local accommodation I stayed at The Ranald Hotel which I am also very happy to endorse as a great base – centrally located with extremely friendly staff.

A Look Back at Another Year of Travel Memories