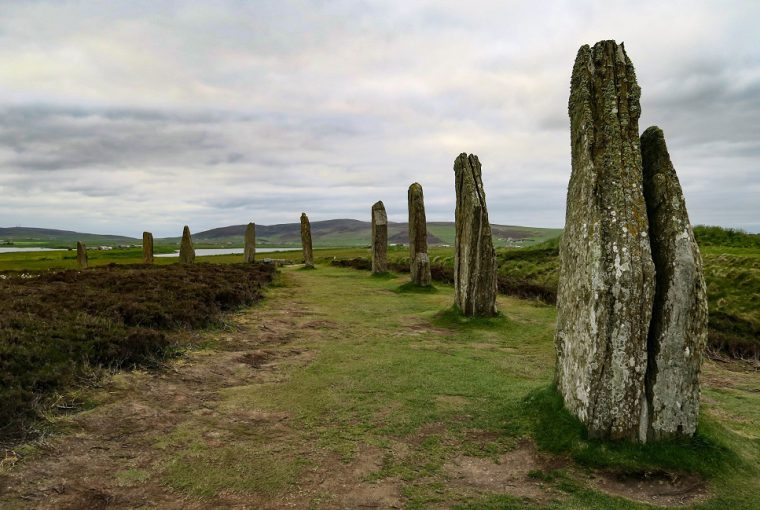 I consider the Scottish islands to be amongst the most diverse assortments of geographic wonder I’ve ever seen. Nowhere underlines the extremity of this diversity better than Orkney. While the Western Isles can fight it out for one end of the spectrum, Orkney has the other. Comparing rugged, almost-volcanic-in-their-scale landscapes with treeless and wind-battered farmland. Or sumptuous Caribbean-style beaches with sheer cliff faces and treacherous waterways. Oh yes. Mother-nature intended for Scotland’s islands to be very different from the start and I’ve been looking forward to reviewing the many great Orkney highlights for some time.

Natural diversity aside, what really underlines Orkney as so very different is its astounding historical wealth. Riddled with ancient fossils, artefacts and structures that pre-date pretty much everything modern-day historians have ever mulled over, it feels almost like one of the birthplaces of the human race.

So, what are the must-sees?

This archaeologists dream was uncovered in 1850 by a fierce storm that was to reveal one of Europe’s most impressive ancient structures. With the magnificent beach backdrop offered by the Bay of Skaill, this is a true Scottish wonder. Likened to Pompeii and mentioned in the same breath as the pyramids and Stonehenge it proudly announces itself as northern Europe’s best preserved pre-historic settlements. 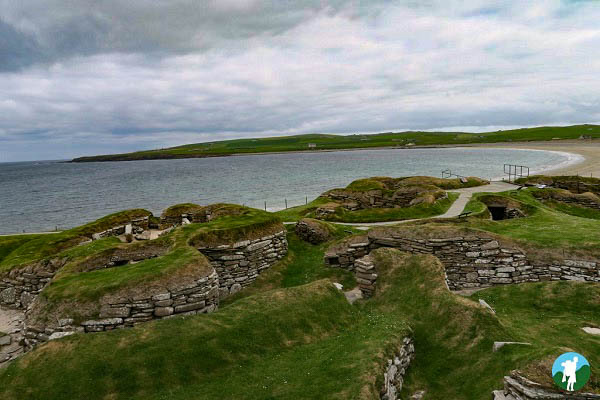 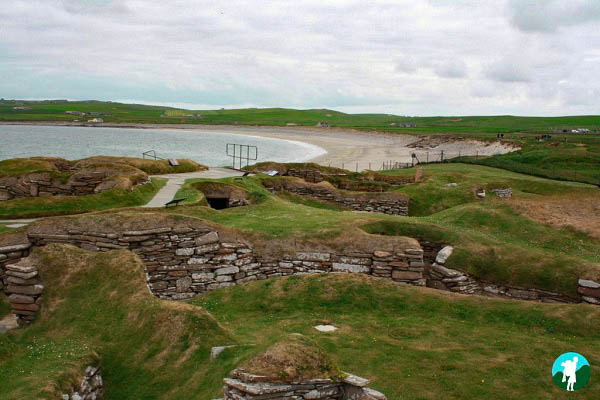 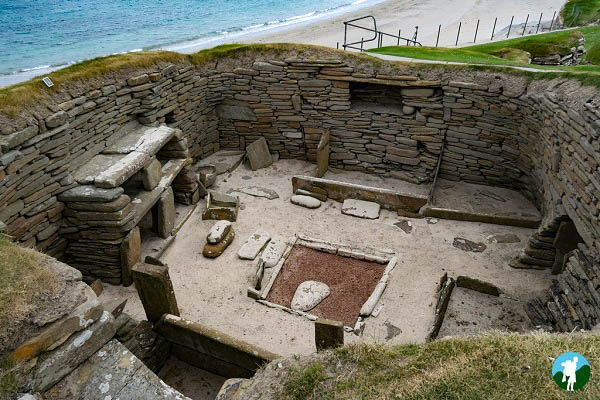 A curious collection of living spaces, complete with furniture, make for a hugely though-provoking and evocative experience. The neighbouring visitor centre provides all of the information any curious traveller will require and there is even the opportunity to have a nosey around a replica full-size Neolithic house. Given that no weapons were amongst the many recovered odds and ends, the suggestion is that the residents lived a relatively peaceful existence.

Scottish history. Peaceful? Nah. Something’s clearly wrong here so off we go to….

Another extraordinary ancient treasure, this amazing 5000 year old tomb is now little more than a grassy mound from the outside. It’s spooky, dim interior though oozes fear and fascination in equal measure in the mental picture that you have naturally started to formulate. Then, with the blood-chilling boom of a war horn, enter the Vikings to the fray. The enduring Scandinavian influence on Orkney and Shetland is well known and the Vikings – Earl Harald Maddadarson and Ragnvald, Earl of Mørewere – raided here in the 12th Century. Prone to raids, their’s is a fascinating chapter of European history that most of us will remember well from primary school. I’ve long thought that the image of their fearsome longships hurtling towards shorelines across Scotland must stand as one of the most terrifying sites that Scots have ever seen. Book guided tour slots for Maes Howe in advance and prepare to be awed.

On the northern coastline of Mainland lies another gem. With fabulous views over to the isle of Rousay, this strikingly white little assortment of rocks is a very different attraction to the big two above. Like Skara Brae, it would have been home to a sizeable community and some of the slabs still here would have stood as high as 10 metres tall. A formidable sight then and it’s fair to say that defence may have been a factor in its construction as well. Need anyone wonder why such civilisations all began as far back as the Stone Age? In remarkably good condition, I can’t think of a comparable site in Scotland. 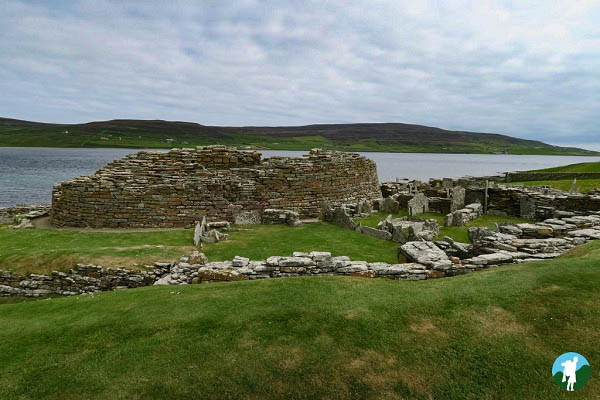 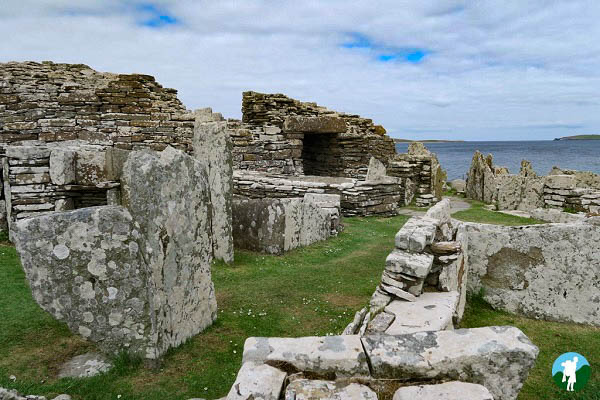 Darting forward a few centuries, cathedrals don’t come a lot better than St Magnus. A glowing red sandstone 12th Century beauty, it is in the very heart of the capital Kirkwall, where several more Orkney highlights are to be found. This far north delivers some of the best light in Scotland and if you are lucky enough to get the Cathedral under some of it be sure to have your camera with you. 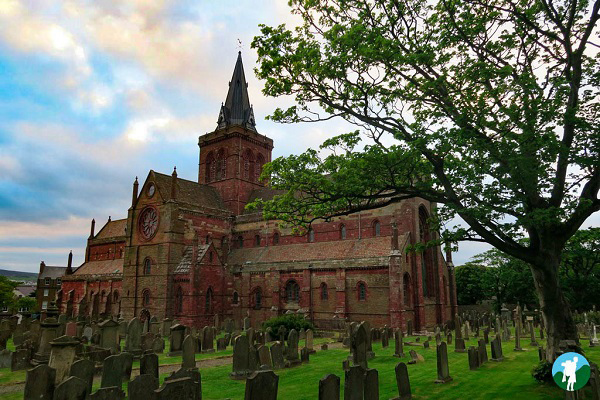 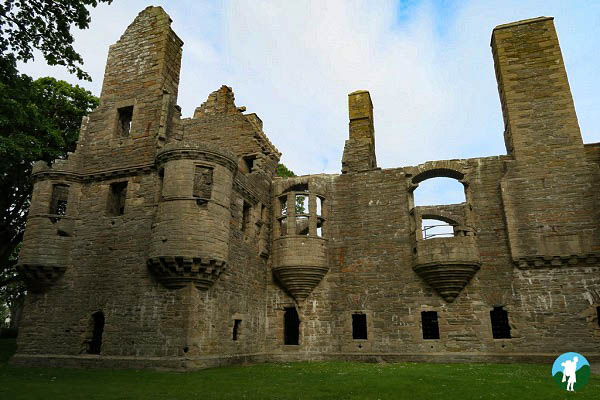 Tours of the grand interior are also possible by appointment. Next door, you’ll find the Bishop’s and Earl’s Palaces. Patrick Stewart (not that one, but I like to think they have the same voice) was the second Earl of Orkney and was by all accounts a bit of an ego-maniac with a touch of the tyrannical about him. He had his palaces built in Kirkwall in the 17th Century to feed his greed. His father (the first Earl) had also had one built at Birsay, in the north of Mainland, going by the same name. Consequently, the son was eventually executed for treason. Tyranny will get you nowhere….. 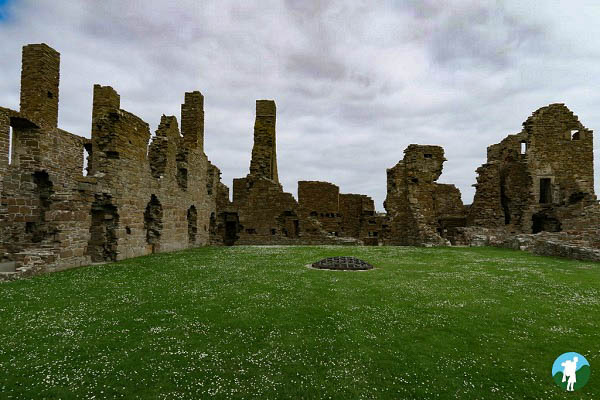 Tomb of the Eagles

With a name like that, how could you not visit! Full of images of tomahawks and totem poles, off I trotted down to South Ronaldsay. The island is accessible by causeway from Mainland. It’s a glorious, foot-down drive which reveals the true openness of Orkney, the absence of trees and the predominant flatness of its landscapes. The Tomb of the Eagles has itself a terrific clifftop position looking out over the North Sea.

It’s the end of the day and I’m the only one taking the walk out to the cliffs, with no-one else in any direction for at least half a mile. The tomb amounts to a collection of rocks forming an entrance with a crawl space in the centre. The only way in is through the space using a trolley with a rope overhead that you use to pull yourself through. Bizarrely fun, it’s all very Great Escape as I wheel myself into the unknown. The cackle and screech of the seabirds outside is almost instantaneously drowned out upon entry. By now in a space large enough to stand, it is cold and eerily silent. While the human remains discovered here have long since been removed, I’m still ominously aware that I’m in a tomb. 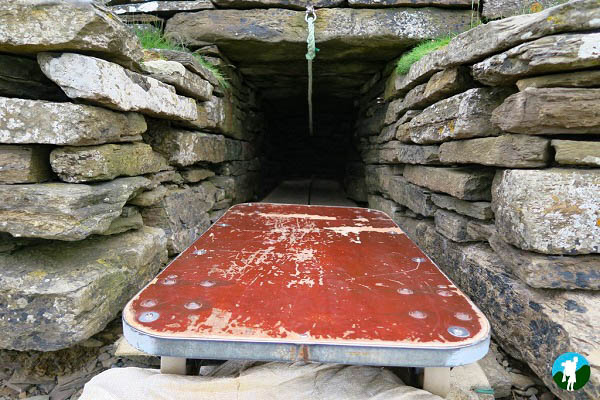 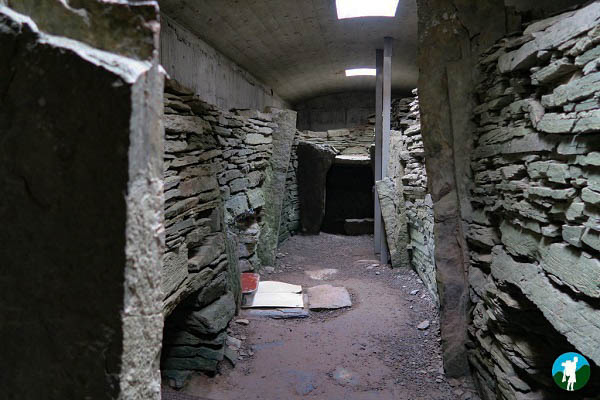 This extraordinary find was unearthed in 1958 when local farmer Ronnie Simison stumbled upon it – at the time finding 30 human skulls within the chamber. Alongside these were the mysterious remains of sea eagles, particularly their distinctive talons, hence the name. The tomb does have an accompanying visitor centre which boasts an array of artefacts and recovered treasures dug up from the area. This includes some of those skulls (several hundred were eventually discovered), weapons, tools and culinary equipment. The questions mount up – what really went on here? 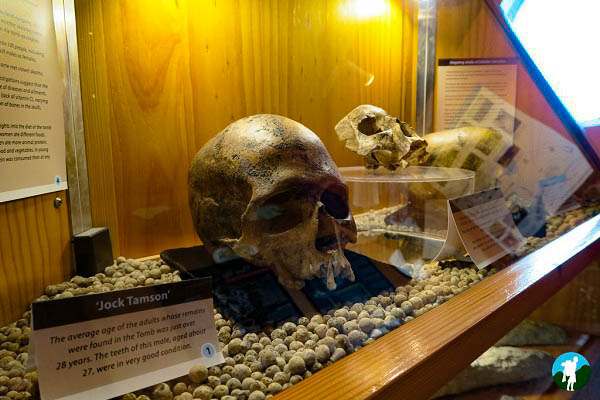 Enjoying something of a surge in fascination and popularity due to a certain Jamie Fraser’s bulging biceps, these puzzling pillars are at their atmospheric best on Orkney. The Stenness Stones will get you going nicely. 4 remain from an original circle of 12 and the mystery and confusion associated with them is almost as powerful as the soul that they surely possess. Folk say that trees have souls. Like eternal grandfathers that know the land, that are the land. Well, who needs trees when you have Standing Stones?

With the appetite suitably whetted, the next stop is just a little further north-west at the magnificent Ring of Brodgar. A gigantic circle of 21 five metre local giants, this is a place to be visited at sunrise or sunset. Getting it to yourself is the key. Armed with the knowledge that this whole area was the site of a significant community in ancient times the presence of this circle is truly baffling. And oddly moving. Even for someone who doesn’t go in for any hocus pocus and is not overly spiritual, I found myself astonishingly dumbstruck. With my imagination running riot, all I can say is go. Go, and see how it affects you. Then let me know. 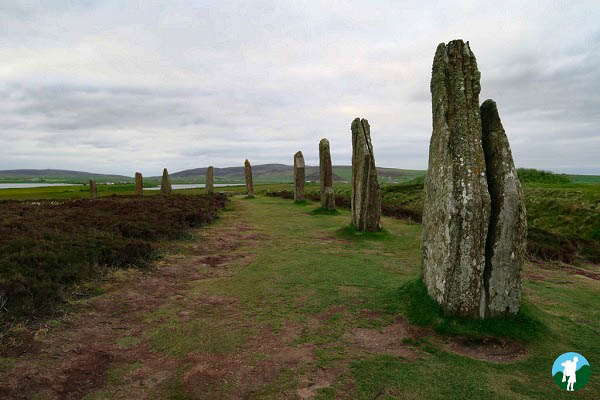 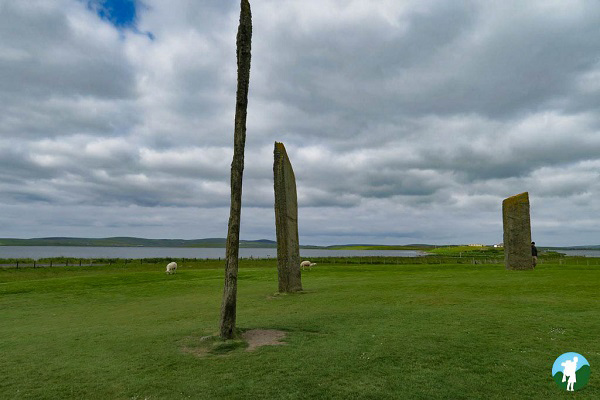 A word about logistics. Orkney has about 70 islands, 20 of which are inhabited. Needless to say you’ll not be able to see them all in a weekend and the above covers Mainland and the drive down to South Ronaldsay only. Stay tuned to my Scotland travel blog over the next few weeks though when I’ll be discussing my fantastic outdoorsy day trip to Hoy. Just a short ferry crossing from Mainland, it is Orkney at its most naturally beautiful and a perfect accompaniment to all of the above. Wider exploration of Orkney including Hoy and the Northern Islands could easily see you stretching out your stay to a week or more. There are numerous ferry routes to take you between islands and are best booked in advance. Having your own wheels on Mainland in particular will make your life much easier in terms of getting about.

Where to stay. I was based in Kirkwall, the capital, and I’d recommend that it is an excellent base for getting around the island. There are all the services you’ll need for your stay – it does get very busy in peak season though so get accommodation booked well in advance. Pretty Stromness, where the ferries from Scrabster come in, is a good alternative and has easy access to West Mainland’s many historical Orkney highlights.

You can also listen in to me gabbing about my favourite things to do on Orkney on my monthly piece for Radio Scotland by clicking play below.

My visit to Orkney on this occasion was supported by the St Magnus Festival and VisitScotland. My opinions are however based solely on my personal experiences. The Festival runs every June and is a large-scale celebration of Orkney’s heritage and culture. Running a series of events for all ages and interests there can’t be a better time to join the Orcadians to see them at their creative best. Based on my latest trip, Orkney is now also up there amongst the leaders on my list of Scottish besties. You can read more about the islands on VisitScotland’s Orkney destination page. I’ll most certainly be back.

A Visit to Lanark – Home of William Wallace

A History Tour of Dumfries and Galloway