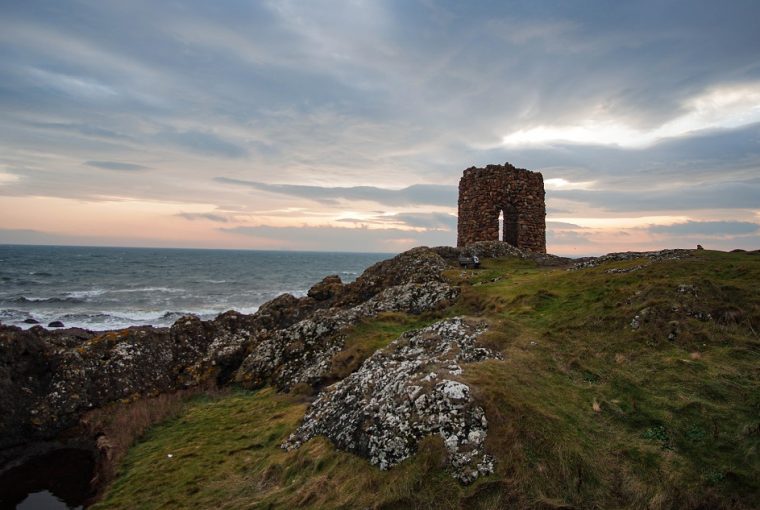 I think it’s fair to say that winter weather can bring with it certain frustrations. Chief of them being the encroachment into how much play time we can eke out of each day. No sooner has lunch been ticked off than the sky starts to dull and darkness continues to charge on in uninvited before the day prematurely ends around 4pm. For me this means very limited travel to the Highlands for several months as there’s nothing more self-defeating than a rushed hill walk or a roadtrip destroyed by detours, road closures and diversions. But that tallies with winter being the ideal time to explore Central Scotland and those unexpected little surprises closer to base. Checking out the gems along the East Neuk of Fife and the best in Pittenweem accommodation, I’m off to the Kingdom.

A Day in St Andrews

It’s hard to imagine a recce around Fife without the customary visit to St Andrews. The famous university town and home of golf is a bustling hive of activity in peak season but enjoys relative serenity at this time of year. The majestically long West Sands seems out of place this far south and the town’s coastline is as varied as it is handsome. Find your way to the Castle and Cathedral at all costs where the combination of grim history and opulent vistas collide. St Andrews Castle has the utterly unique subterranean tunnel system that was created during the 1546-47 siege (well worth a stooped clamber along), while the nearby Cathedral offers a magnificent panorama over the town and coast. Dating as far back as the 12th Century, the Cathedral was long-established as an epicentre of religious life in Scotland until its destruction during the Reformation in the 16th Century. Although very much in tatters today, the staggering scale of what once was the biggest church in the country is still plainly evident. 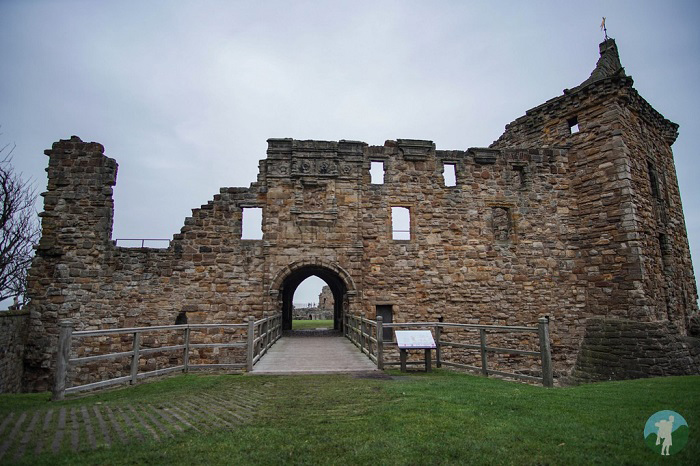 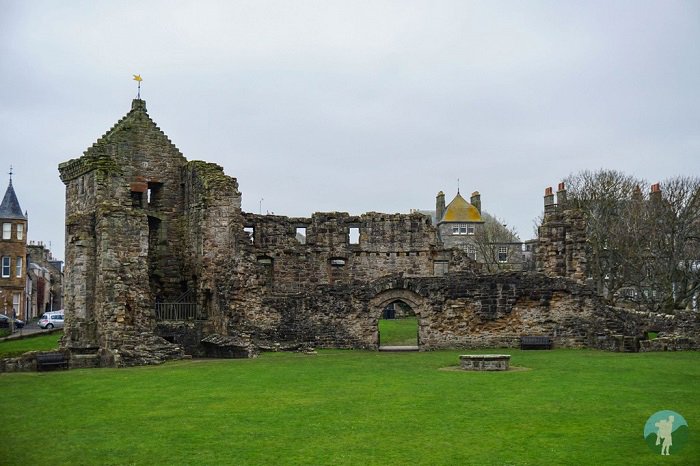 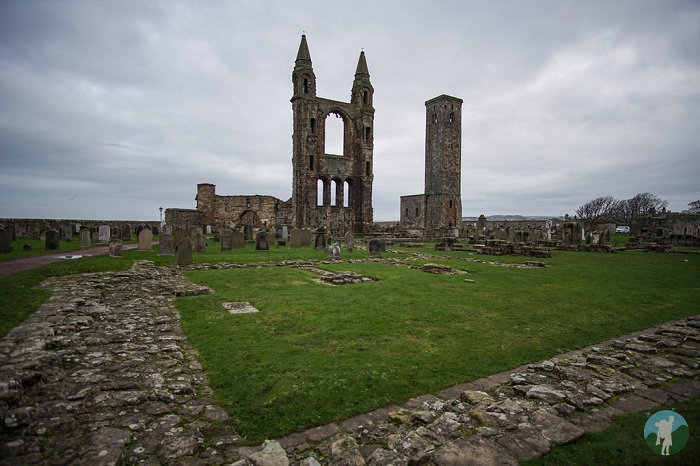 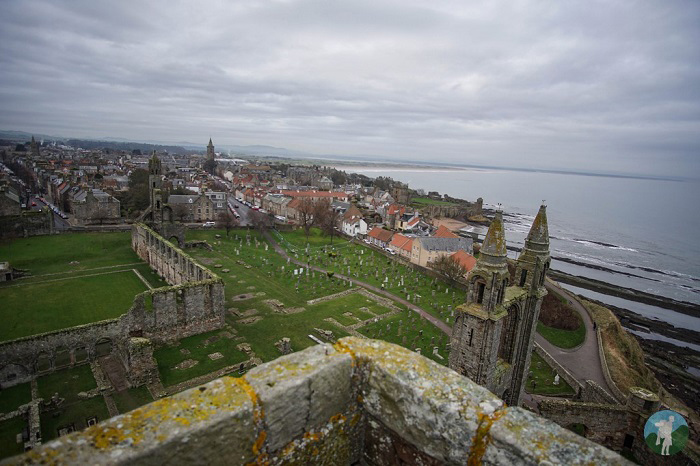 The East Neuk and Fife Coast

Perhaps Fife’s greatest asset at this time of year, though, is the East Neuk. This basically constitutes a smattering of coastal villages that wrestle for first prize in the quaint race. Crail, Elie, Earlsferry, St Monans, Anstruther and Pittenweem each have their own appeal and personality but it’s the latter that has my attention on this occasion. An immaculate wee place that is perhaps most famous for its open-door Arts Festival every August, it is also a simply outstanding spot to enjoy a sunset. A lonely stroll around the waterfront with just the odd seagull and the sound of the waves to keep me company, the colours on offer to the south and west temporarily dispel any of that negativity around the shortness of the days. 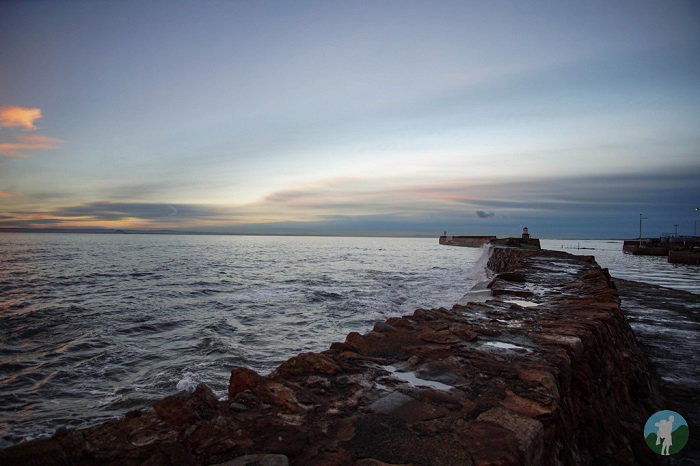 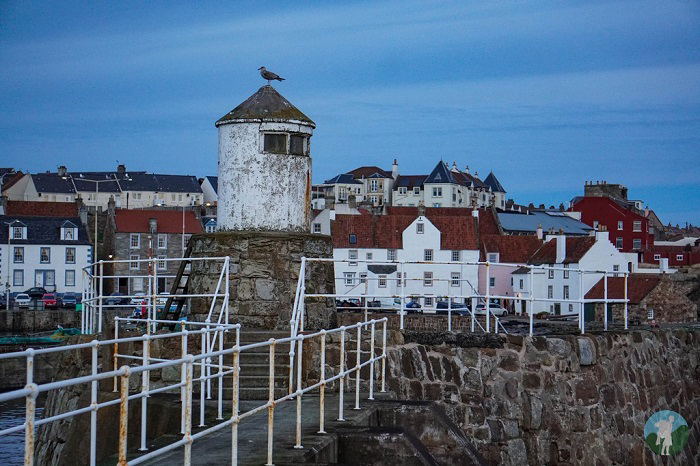 Speaking of that winter light, a short drive along the coast to Lady Anstruther’s Tower is another glorious spot to sit back and take it all in. Built in 1760 as a changing room for the Lady during her, rather bold, dips in the Forth back in the day, it’s slightly ludicrous purpose should take nothing away from its picturesqueness. I also ran into this rather perturbed chap who couldn’t seem to decide whether he was in or out. 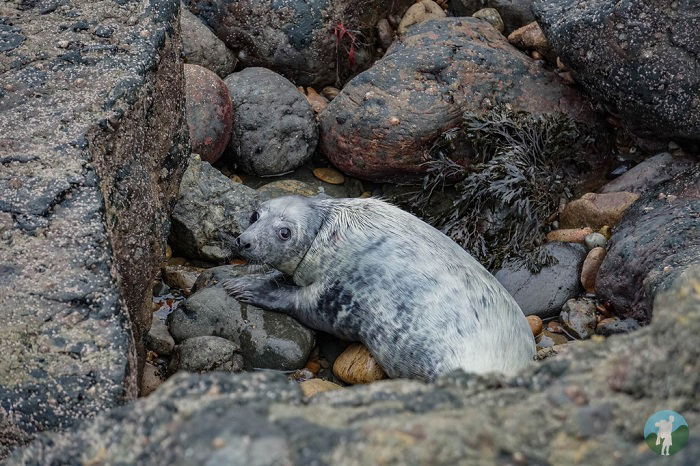 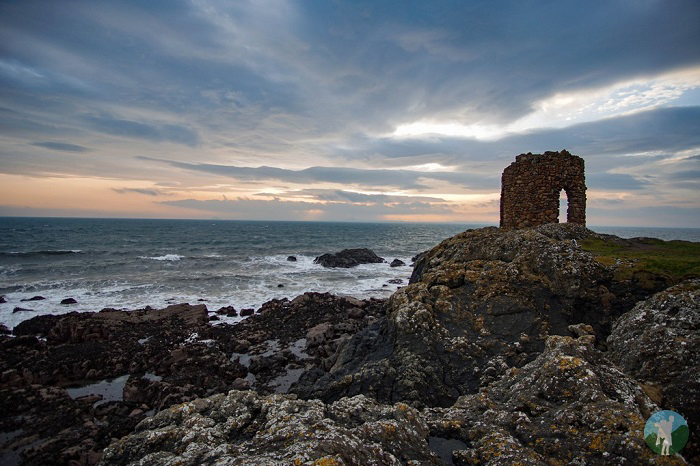 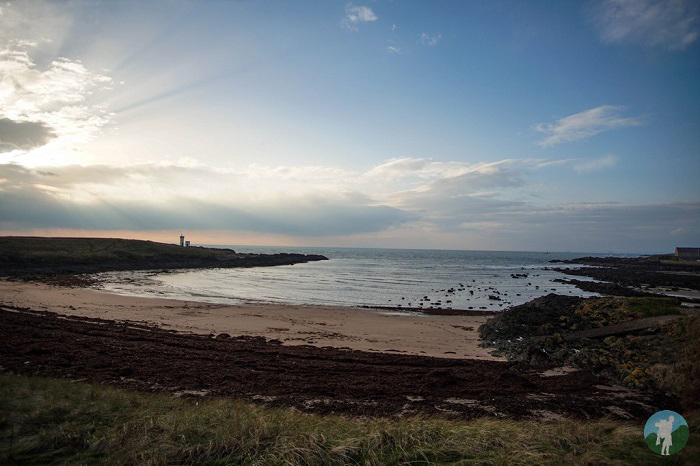 Then there was Kirkcaldy’s Ravenscraig Castle. If this place was perched on a Highland rather than a Lowland cliff, it would be one of the most photographed in the land. As it is, very few folk will even be aware of its existence. Staring out over the Forth, this precariously-set 15th Century relic was built as a residence for Queen Mary of Gueldres. The wife to James II did not live to see its completion, however, and it passed to the Sinclairs in 1470. Any plans for a lovely royal retreat went out the window to be replaced by a much more battle-ready fortification. In that sense it brings comparisons with Dumbarton Castle, the west coast’s River Clyde equivalent. In truth, it saw limited conflict (other than that brought by Cromwell in the mid-17th Century) and stills sits in a menacingly robust state today. 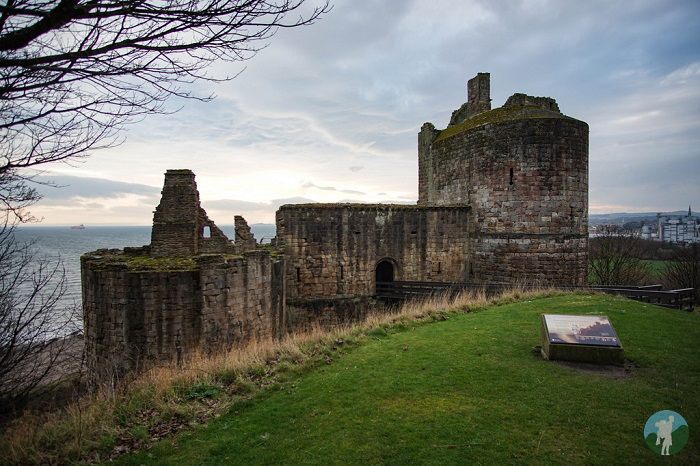 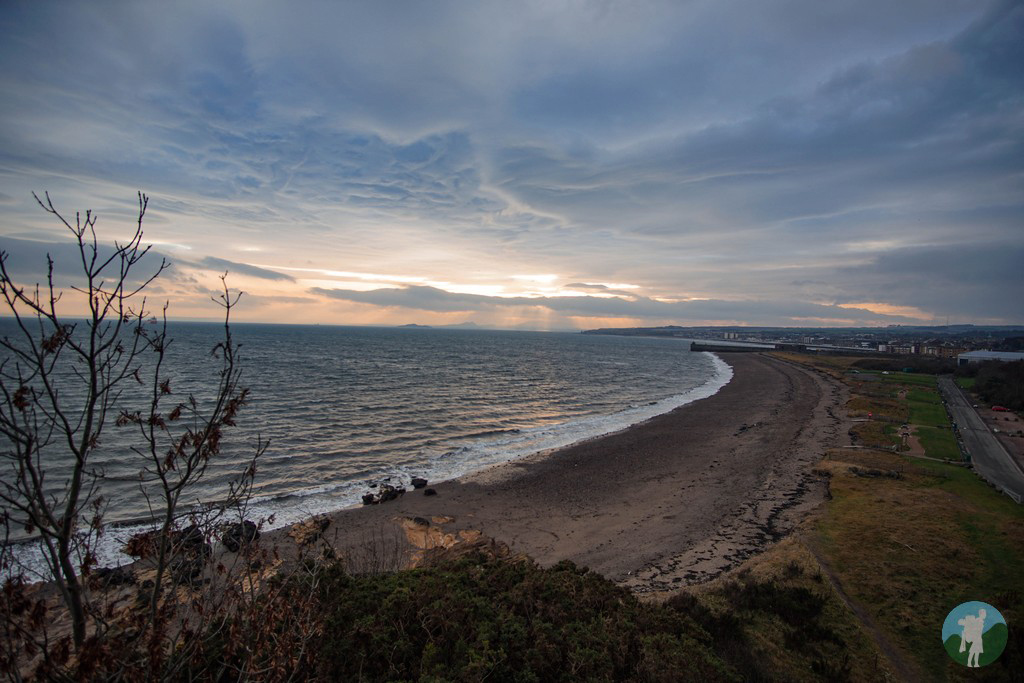 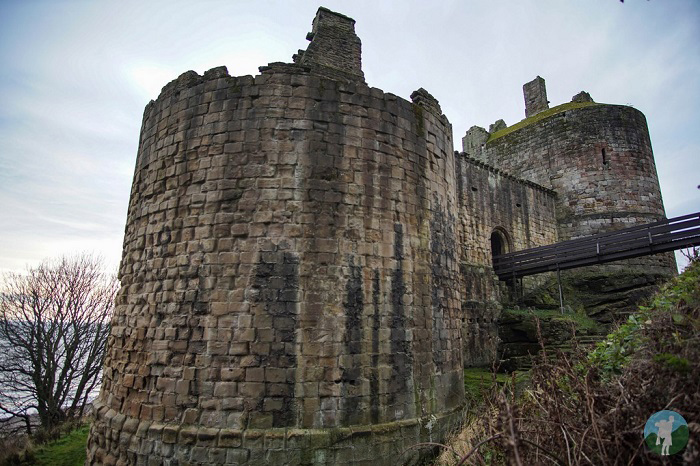 I close my Fife trip with a jolly inland to Falkland. With the latest season of Outlander – and the whirlwind of emotions that brings – still very fresh, I always enjoy returns to this serene spot. Guarded over by the Lomond Hills and bossed by the Royal retreat of Falkland Palace, it’s another one for the cameras as the filming locations made famous since the very beginning of the show come to life. I have to say I was extremely dubious about the prospect of Outlander moving almost entirely out of Scotland, but I’ve been gobbling my way through S4. Perhaps more so than any other region, Fife has been a massive beneficiary of the Outlander-effect and long may that continue. 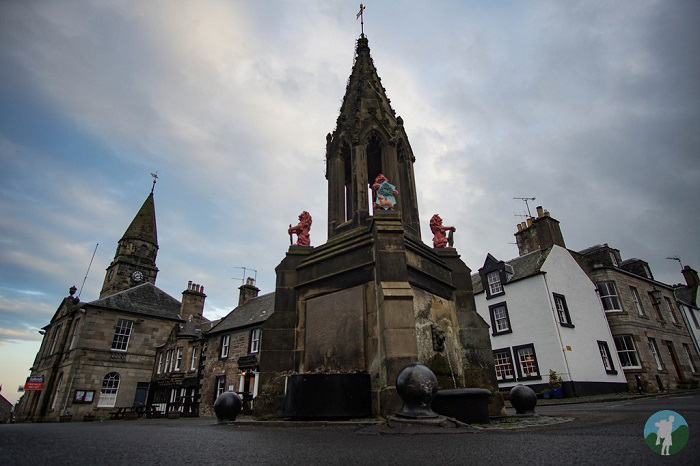 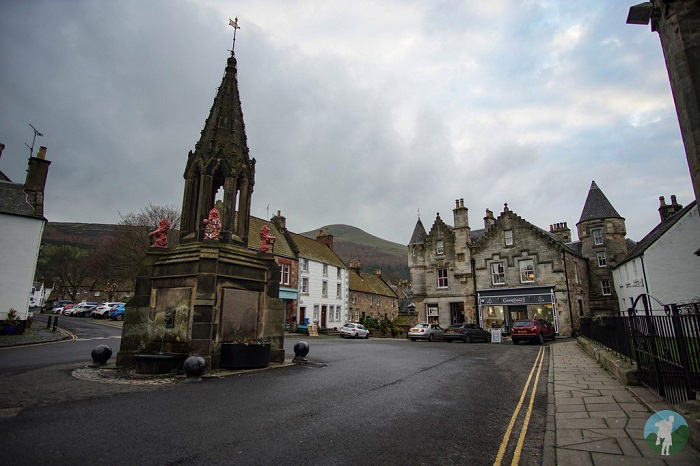 My trip to Fife saw me stay at the fantastic Sanderling cottage in Pittenweem. A huge fan of self-catering, it’s emphatically the way to go in these parts and especially off-season when many accommodation providers close down. Having the freedom to come and go, cook your own grub and have home comforts make this a great option. A coastally-characterful place with all the mod cons, it gives all of the scope necessary to have a super-relaxing retreat. Spotlessly clean, very spacious (suited to families and comfortably sleeping 4) and centrally located in one of the coasts prettiest spots with these views over the east coastline, Sanderling was the ideal base to explore all of the above.

Perhaps the winter’s not such a chore after all. 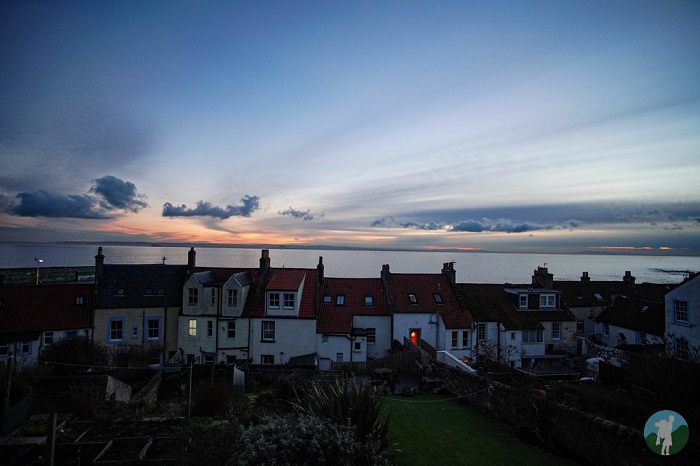 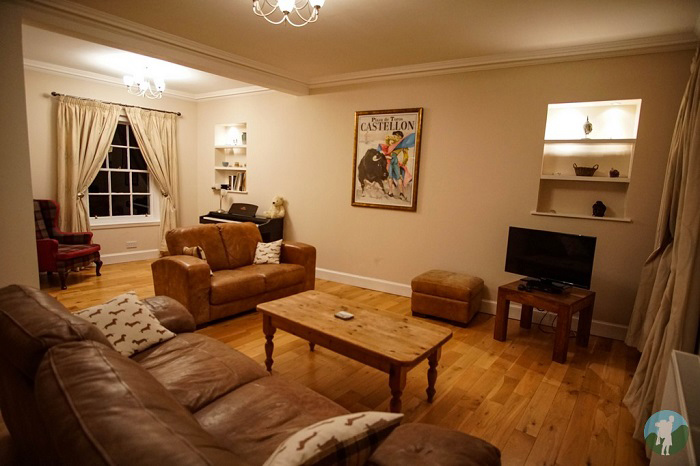 A Look Back at Another Year of Travel Memories

Back to the Isles and a Return to Mull!