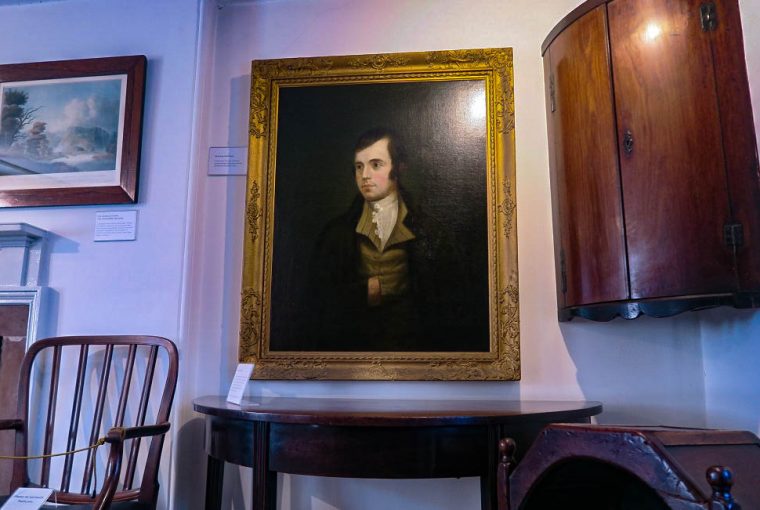 Celebrating Robert Burns in Dumfries at The Big Burns Supper

An ordinarily quiet month in the calendars for most of us, January sparks Scots around the world into life with the annual celebration of the works of one of our favourite sons. January 25th is the birthday of our national treasure Robert Burns and I’m heading down to his former home of Dumfries this year to join in the party. 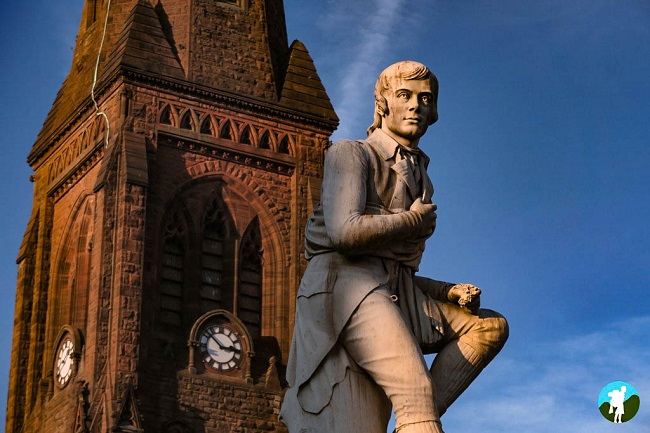 The Big Burns Supper is in its sixth year and is a huge collection of events of all kinds to salute the main man himself. Over 10 days from the 20th to the 29th of January, this is just about the best time of year to get to know our fabulous south west. Performing arts, dancing, music, comedy, feasting….you name it, it’s covered. Children and students are at the forefront of the mind-set and all can attend selected events for free. Long may the love of all things Burns continue for our future generations.

The star acts this year include the one and only Lulu. A massive James Bond fan since I could crook my fingers in the form of a pistol, it was fantastic seeing her still rocking The Man with the Golden Gun in particular. As she herself reveals, being a Bond girl is possible even for an ordinary lassie from Glasgow. She’s an awful lot more than that of course but her humility just makes her an even better performer – girl’s still got some lungs on her! On the way home needless to say I dug it out on the iPhone and belted out the chords (horribly) all the way back to base. Apologies to the old guy out walking his dog before bed. 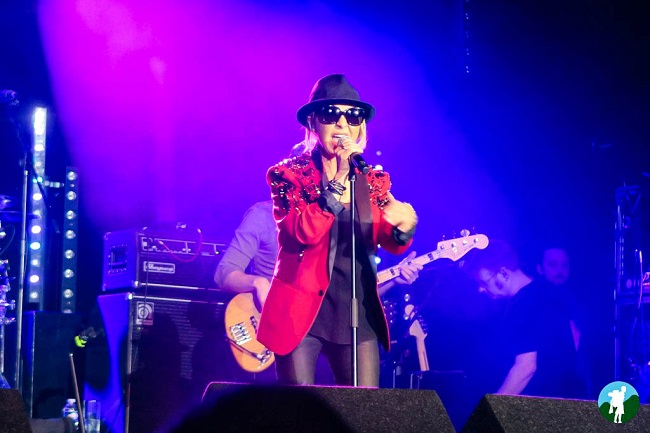 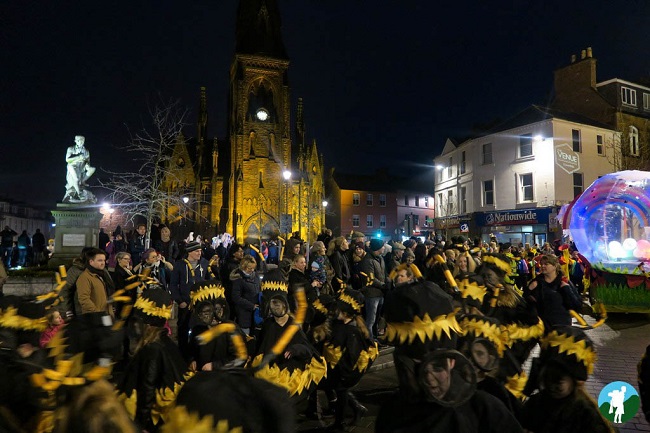 Even more memorable was the famous Burns Night Carnival, the biggest show at the Festival and an extraordinary celebration of creativity. The local community gets right behind this one and schools around Dumfries get involved with kids amazing the gathered crowds with one of the most colourful and captivating processions you’ll see. With Rabbie (in statue form at any rate) looking on, the endless procession of participants headed down Dumfries High Street wowing spectators every step of the way.

I joined up with my friends at Solway Tours for a walking tour of Dumfries and a closer look at the various Burns-related points of interest for visitors today. The perfect accompaniment to the plethora of events, this is a great way to walk in Burns’ footsteps and recreate his day-to-day life as a much-loved man of the town.

While fans will immediately think on the famous Burns cottage in Ayrshire where the bard was brought into the world, his homes in Dumfries were where the poet we know did so much of his life’s work. In the town centre you can find the cute sandstone building where he spent his final years. Boasting various characterful pieces of interest including furniture and manuscripts, it’s an authentic look at 18th Century life. 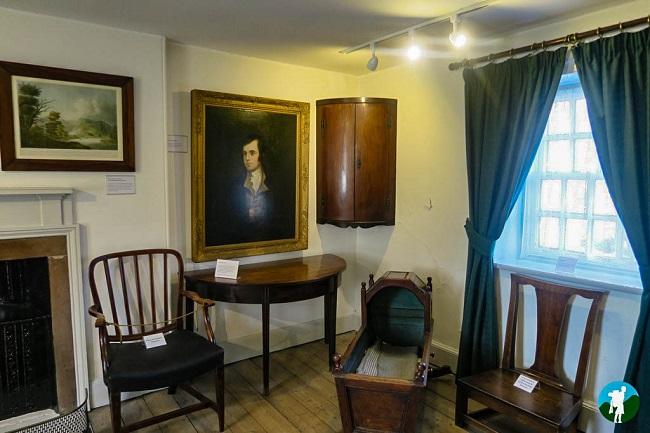 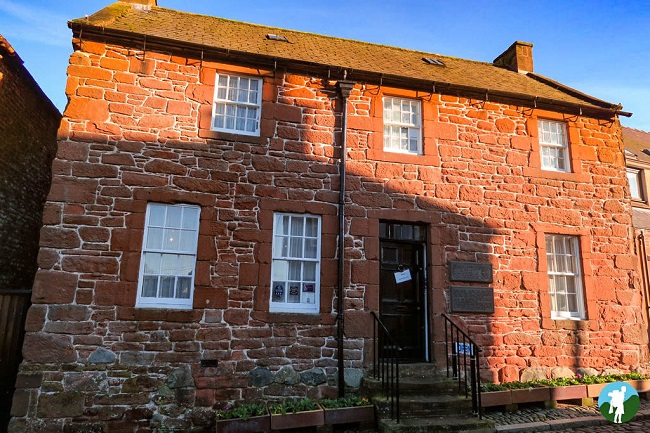 Any exploration of Dumfries will require a wander over the River Nith and, specifically, the picturesque Devorgilla Bridge. Named after the mother of former King John Balliol, the beautiful structure is one of Scotland’s oldest bridges and another fine example of the ubiquitous red sandstone found around Dumfries. On the other side of the river you’ll find this little museum to the poet and his legacy. Of particular note is the model recreation of Dumfries in 1794, depicting the look of the burgh in Burns’ time. 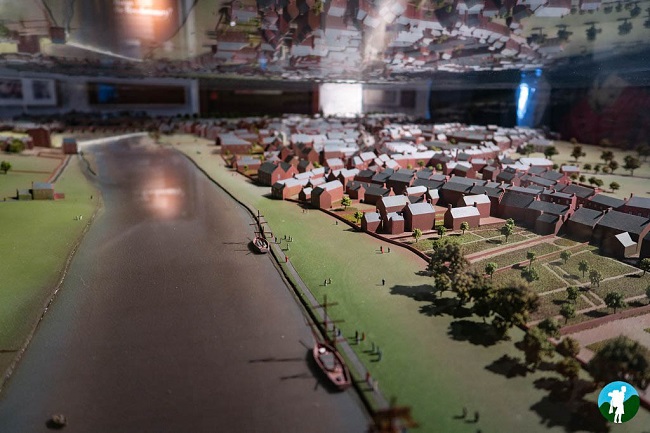 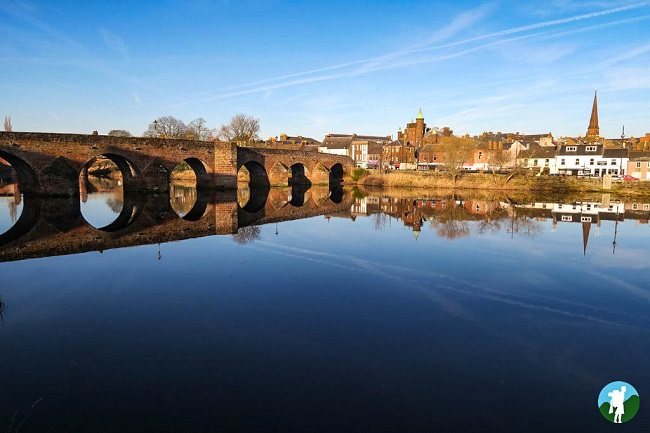 Within the grounds of St Michael’s Kirkyard you can find the impressive resting place of Robert, his wife Jean and five of their children. Dating back to 1815 (he was originally buried in a more humble spot on the grounds) it is a moving moment as the door is opened and fans and Burns pilgrims can reflect on his (far too short) life. Getting access to the interior is not possible on your own but the guys at Solway can sort visitors out if you are on their tour. 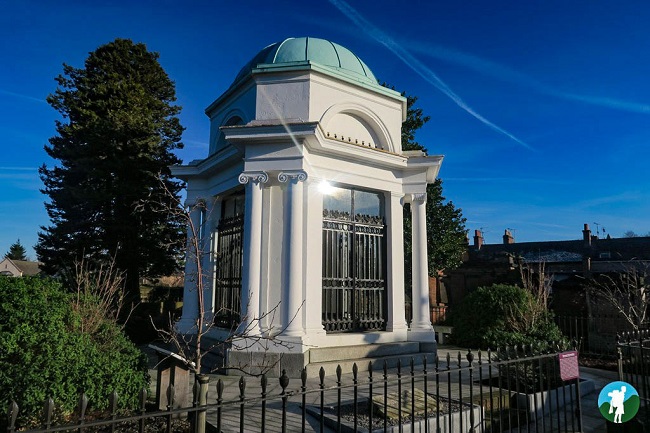 While the Burns tourist attractions in and around Alloway in Ayrshire understandably get the lion’s share of the hype, there is something powerfully personal about a visit to this little farm on the outskirts of Dumfries. It was home to Robert and his young family during his prime years in the late 18th Century. Guided tours are available and, if getting into the mindset of Burns is what you’re after, this is the place for you.

Be absolutely sure to take a walk down by the River Nith directly outside the farm, the short route where he composed Tam O’Shanter. Early morning on a glowing and crisp winter’s day, I have it all to myself and this is where you can take your own journey in the footsteps of this particular literary giant. Ellisland is where I was finally able to separate the legend from the man. Maybe it’s the rural setting or the authenticity of the exhibits….but I came away with a better understanding of what Robert Burns was really all about. 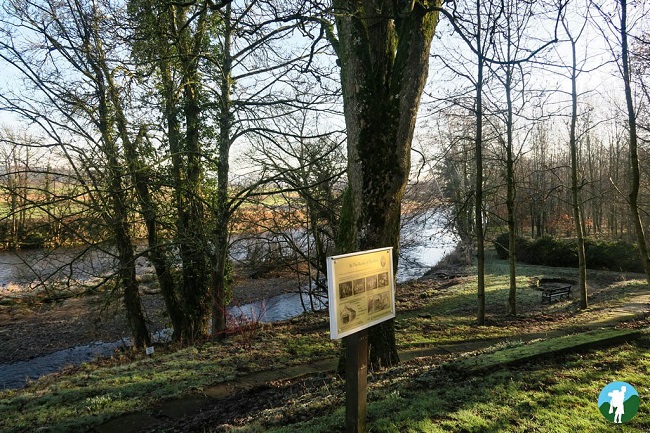 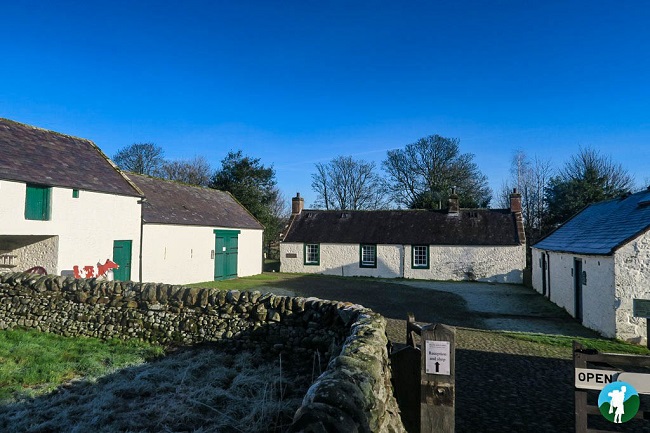 While Burns had hopes for his life as a farmer, the romantic overcame the pragmatist and Ellisland was not a shrewd purchase, despite its visual appeal. Challenging, unproductive land resulted in eventual heartache and his turn to work as an exciseman (tax collector). This proved to be a much more lucrative profession but his affection for Ellisland remained. 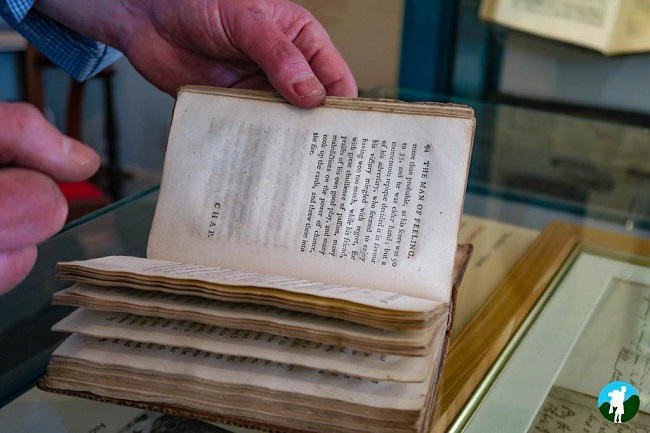 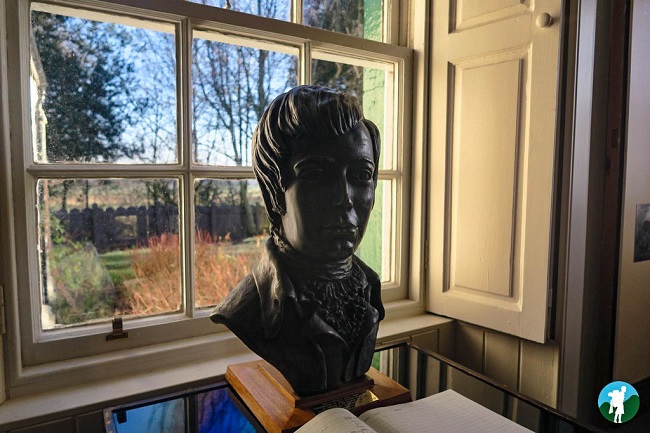 Speaking with the curator at the farm, I uncover more than just the well-known facts. This was a deep and complicated character. Endlessly kind and sociable he was also melancholic and unsatisfied, frustrated with class structures of the time and saddened that he could not break through into society’s elite regardless of his ability. The power of birth set you up for life and this 18th Century reality makes you wonder what he would make of society today.

As part of my Dumfries wander, I was treated to a mini Burns Supper and ceilidh at his favourite ‘howff’ (inn or meeting place), the remarkable Globe Inn. Tucked away on a side alley off of the High Street, this is another favourite for Burns fans. Head-scratchingly compact it feels like a nautical adventure as you squeeze into each room and your senses are set about from all angles. A more atmospheric pub there isn’t. With live music adding to the cacophony in the background, what a place for a portion of haggis and a dram. Rabbie would be having a good chuckle to watch us all re-enacting his routine several centuries later. 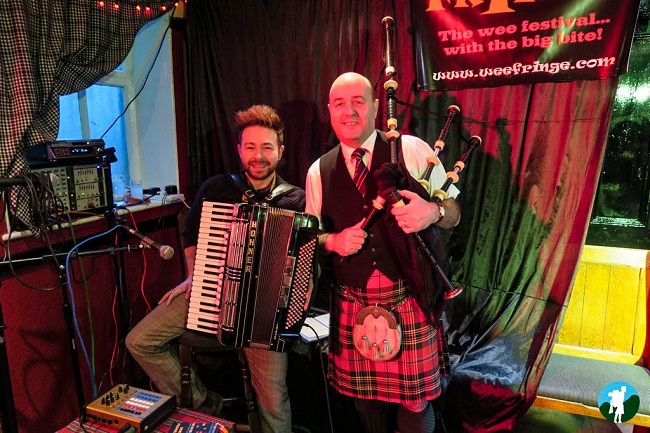 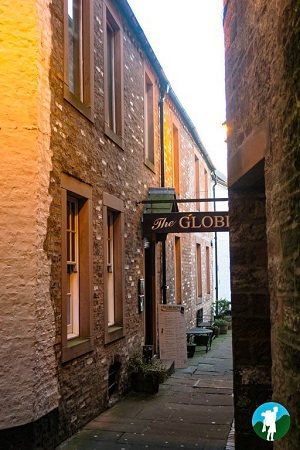 Dumfries has been an incredible place to immerse myself in Burns-mania. The passion and local pride on display has been unparalleled and whether it’s later this week or over future events in years to come, I’ll happily point anyone in this direction.

There are all sorts of Burns events going on from top to bottom in Scotland this month. To get the full run down of and gather up pretty much everything you could ever need to know about Burns and the big night, read more here with this guide. You can also read about my fellow Scotlanders’ Burns adventures – read on for Patricia’s and Laura’s own Burns experiences around the country.

To all, I wish you a Happy Burns Day, Night and Morning After.

Exploring the Best Things to do in Dundee