In a country full of amazing buildings and architecture it is not always easy to pick out some favourites. Rosslyn Chapel, though, is a highlight that cannot be disputed. This has to be the most beautiful church in Scotland.

Small and compact but with a lot of personality, Rosslyn Chapel has become one of Scotland’s top attractions. It was built in the 15th Century and every part of the structure is incredibly intricate and detailed. There are a lot of stories within these walls. My favourite is the one of the Green Man. This is the Spiderman-villain style character that can be seen carved into the stonework all around the chapel. He represents fertility and life. Nothing to do with Spiderman. 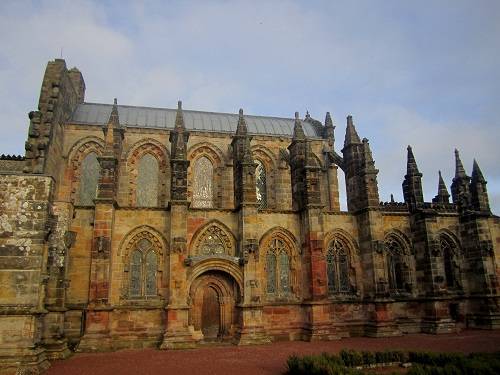 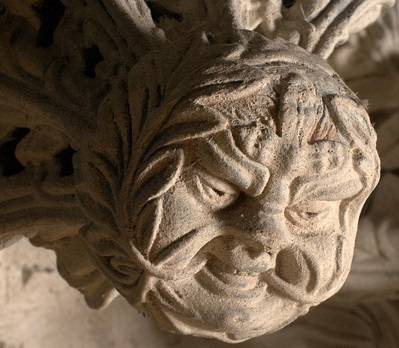 Another point of interest is around the Master Mason and his apprentice. In short, the mason went off to travel the world to improve his skillset and to see if he could create a spectacular pillar for the Chapel interior. He left his apprentice in charge in his absence. On his return, probably quite pleased with himself, he discovered that his apprentice had taken it upon himself to build a integral pillar in the Chapel on his own. In a furious (and jealous) rage the master promptly killed the apprentice with his mallet. The Apprentice Pillar is probably the most beautiful piece of stonework here today. Four vines snake up the pillar from dragons’ mouths with incredible intricacy, all dating from the 18th Century. Legend goes that, as a punishment, the master’s face was engraved into a parallel pillar to forever be forced to stare at his understudy’s masterpiece. 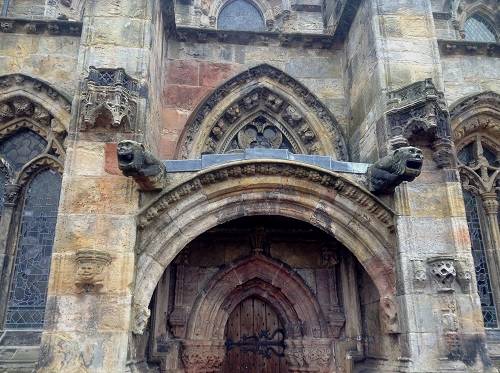 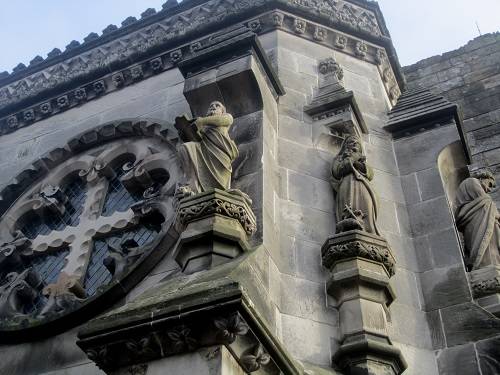 Rosslyn Chapel has an aura about it and there have been stories that the Holy Grail or even the body of Christ could be hidden beneath it. Indiana Jones was wasting his time you see, it’s been in Scotland all along! This story was brought to fame with Dan Brown’s Da Vinci Code when this venue became the pot of gold at the end of Tom Hanks’ rainbow. Incontrovertible proof that this is the case is of course not available but let’s not spoil the fun.

Hollywood aside, Rosslyn is a stunning building. Inside and out the architecture is amazing and on a quiet day the place is absolutely captivating and a welcome escape from the bustle of the centre of Edinburgh. The capital is only around 7 miles from the chapel and the entry fee is £9 for adults and it’s free for children.

You can read more about my exploration of the Lothians and get some day-trip inspiration in my article on the top things to do around Edinburgh.

Arguably Scotland at its most perfect – Glencoe

Exploring the islands: Isle of Colonsay