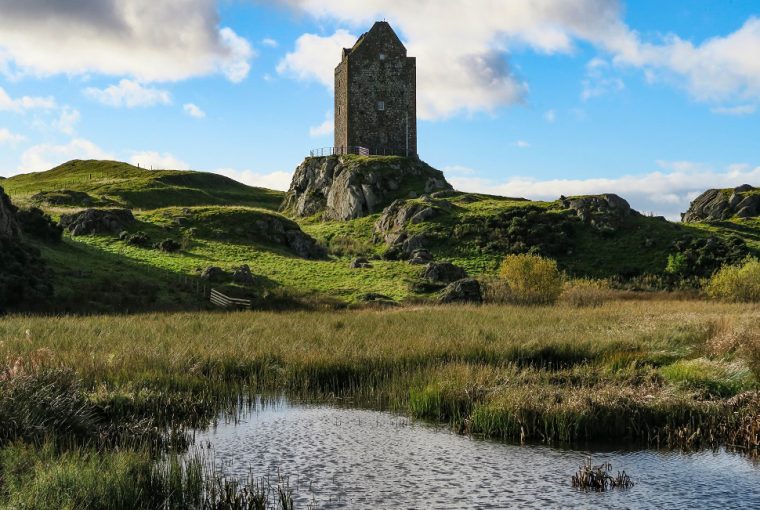 While Scotland has been basking in the glory of a fantastic tourism season – with interest in my homeland at record levels – there has been challenges that have arisen to match the positivity. Over-marketing of certain places have seen the local infrastructure to be dramatically shown-up for its alarming deficiencies. Our more rural areas are simply not kitted out to handle the numbers of visitors they are receiving. I attempt to do my bit to re-distribute the interest elsewhere, as I’m firmly of the view that every region of Scotland has its rewards, if you’re prepared to seek them out. The Scottish Borders is a case in point. Maybe the most historically-rich region of them all, ignore these parts at your peril.

At the very heart of this history hunt are these magnificent ruins. All are central additions on my Southern Scotland itinerary. Dotted around south east Scotland between Melrose, Jedburgh and Kelso lie four magnificent historic relics that are amongst the most evocative we’ve got. Picking a favourite is tough – I change my mind each time – but each has its own unique allure.

Let’s start with a bang. When it comes to backstory, Melrose wins first prize. Enticingly romantic in its pull, it’s also the burial spot for Robert the Bruce’s heart. Yes, just the heart. The rest of him’s up in Dunfermline Abbey but this was the chosen spot for his main organ. The Bruce had invested considerable resources in rebuilding several of the Abbeys after their destruction during the 13th and 14th Century and Melrose was no exception. In the Gothic architectural style that I’m particularly fond of, there is little left of what would once have been a magnificent centre of life in the area. But what is left is wonderful. 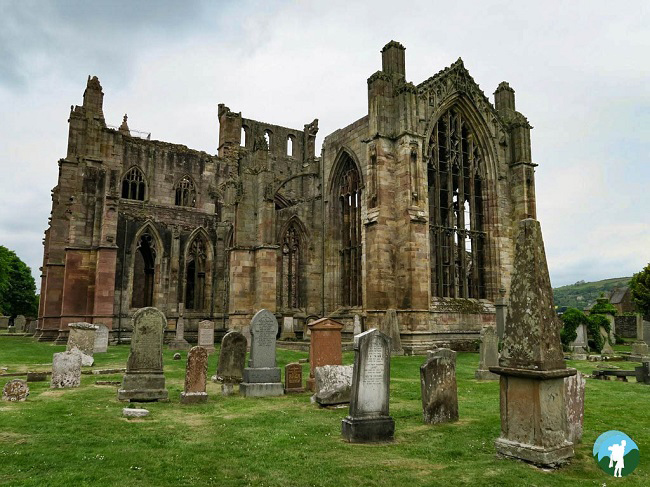 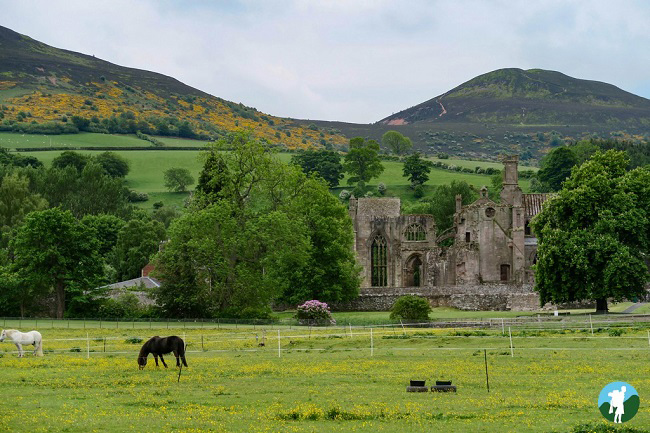 With the Eildon Hills as a backdrop and easy-on-the-eye Melrose village just outside, I’d put the Abbey amongst the best ruins in Scotland without hesitation. I do have a leaning towards dramatic castles in this field of course but the aura of Melrose Abbey is special and it’s a must for any visitors to the Borders. 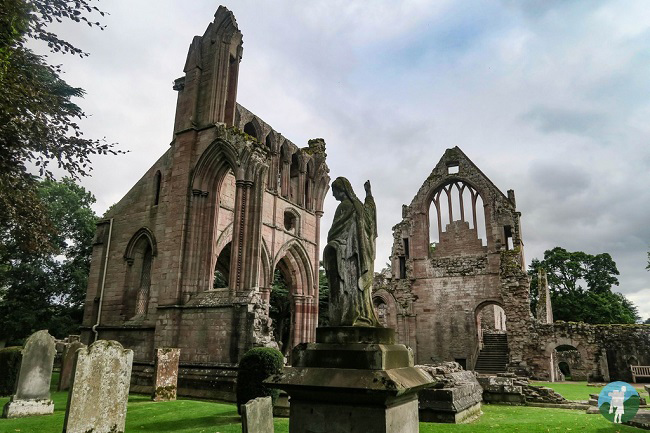 Of the four, Dryburgh is perhaps the one that has survived the test of time the best. With a sandstone that is almost pink in hue, there is a particularly strong romantic element to the place. Spread out, the ruins are vast in scale and in its heyday Dryburgh would have been quite magnificent. Going back as far as the 1100’s, the Abbey survived the destructive times of the Wars of Independence and Richard II’s path of destruction in 1385 until it faced its conclusive destruction in 1544. To have seen so much strife in its time just seems appalling. Dryburgh was ultimately a home to monks and canons who spent their time in prayer, reading, agricultural planning and providing sanctuary.  But, such was the challenge of its geography – trouble was never far away.

Sir Walter Scott, great champion of the Borders, was buried here. The legendary writer loved these parts immensely and spent much of his life in the vicinity. To this day, spending the night in nearby Abbotsford House, his former home, is one of my favourite memories while doing this job.

While the romance of Melrose and tranquil feeling of Dryburgh can’t be eclipsed, Jedburgh comes out top for architectural wow factor for me. Although roofless, this is a grand ruin. Put your imagination on a leash or you’ll be away with yourself, picturing this place at its opulent best. Originally a 12th Century Abbey (it feels almost cathedral-like in scale) Jedburgh followed a very similar path to Dryburgh in its turbulent history. Fire, destruction and raids were all repeat visitors over the centuries. 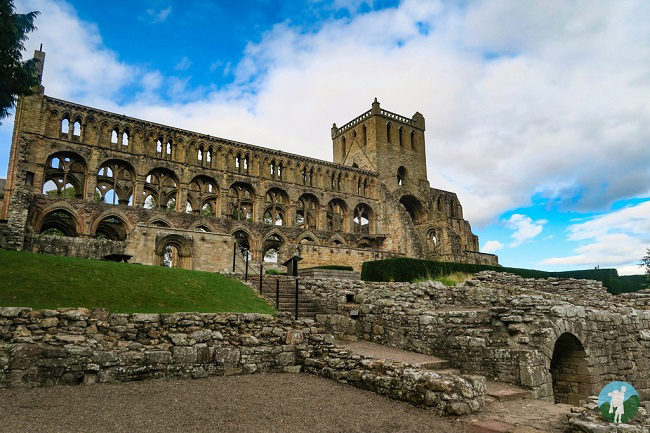 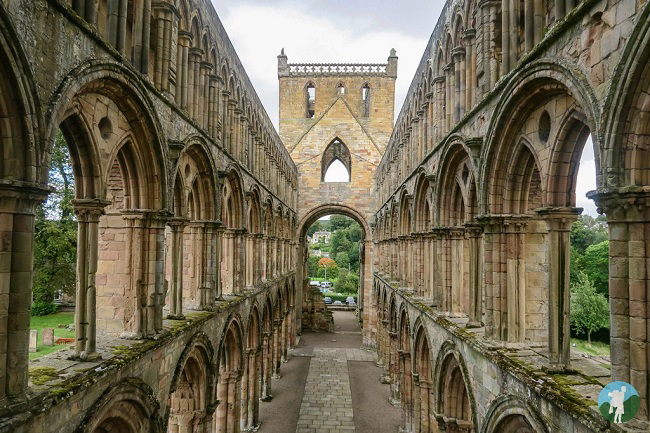 Today, the camera-friendly ruins feel paradoxical. Delicately precarious and powerfully resolute all at once this is a great place to park yourself and just stare. Take advantage of the audio tour and re-live the good and bad times of this spot just 10 miles north of the border with England.

Coming down somewhat in scale, Kelso’s impressive centrepiece probably gets the least hype out of the four Border Abbeys. A tad unfair as the remaining Romanesque architecture on display is quite brilliant. Comprehensively destroyed in the 16th Century, the only remaining element is the west tower and Kelso perhaps lacks the grandeur of its neighbours. The jagged tower gives it a castle-feel and a wander in the adjoining graveyard on a winter’s evening will wreak havoc on your nerves. On a sunny summer’s day though, plop yourself in the neighbouring gardens and watch the world go by (trying to conveniently shelve the carnage and chaos that has plagued everything surrounding you in centuries past). 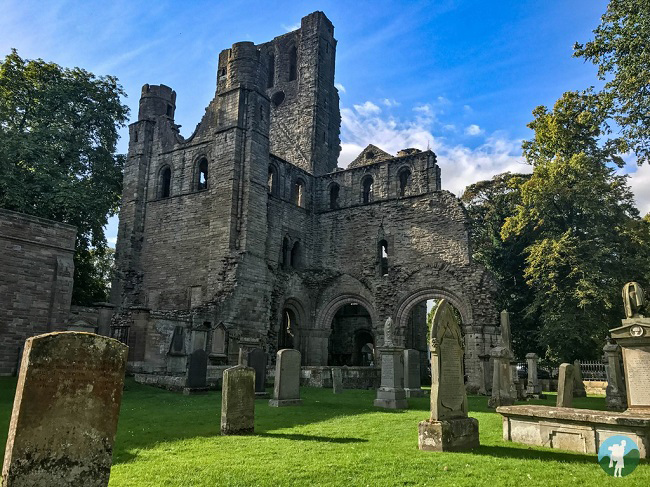 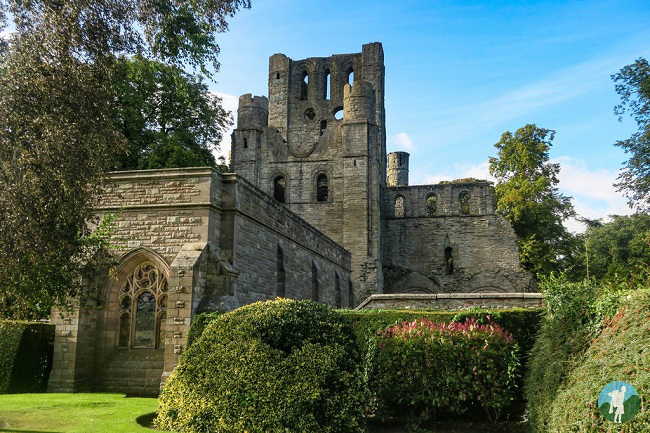 Kelso itself is a gorgeous wee place. Cobbled streets, quaint alleys and a market-town buzz makes it a great stop within this very spread-out region. It would also make for an advantageous base if you were looking to extend this journey out to the east coast to take in the likes of St Abbs and North Berwick.

With the seemingly endless sprawling fields, country backroads and rolling mounds, this is a part of the country when you can find yourself slipping into a near-slumber behind the wheel. Switch over to the lullaby channel on the radio and that’d be you…off to the land of nod. And therein lies it true appeal for me. The calmness. Compare struggling for hours to get a parking space after a dismal, overpriced meal and rubbish night’s sleep on Skye with a leisurely drive/cycle/walk in the Borders. I know where I’m headed. I’m not for a second knocking the likes of Skye by the way, I adore that island. But when I see the absolute carnage that seems to be getting done to it (think littering, landscape erosion, clogged-up walking routes) I have to say I avoid it like the plague in peak season. 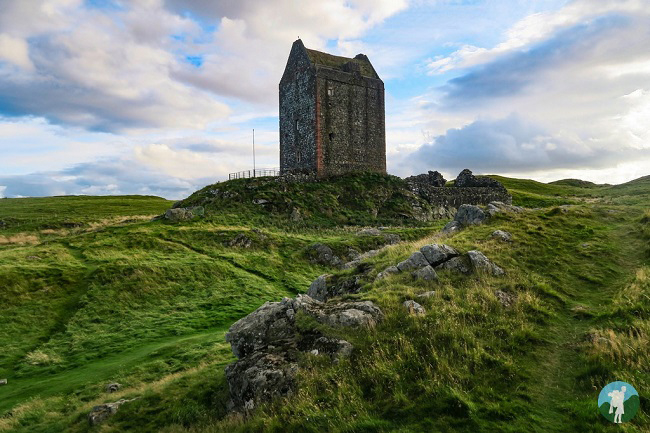 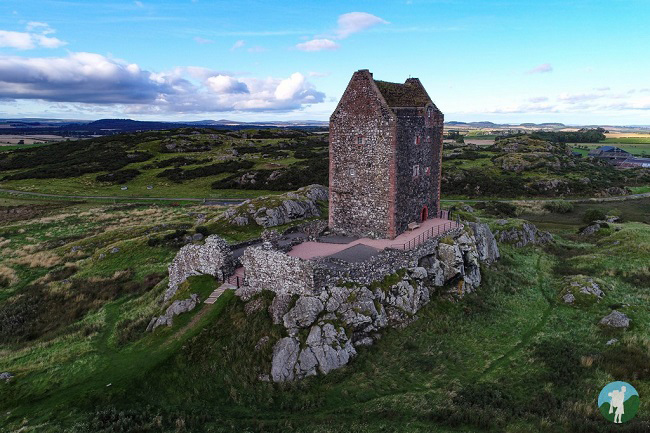 In the midst of this lovely journey to hushaby mountain that you’re on, comes the quite sudden shape of Smailhom Tower on a distant hill. Utterly dominating the landscape for miles, its raised position gives it complete authority on its surrounding terrain. Good luck sneaking up on this place with an army. While it was assaulted a handful of times by English raiders in the 16th Century, its relatively new status meant that it avoided a lot of the large-scale conflict that some of its near-neighbours had to endure.

If you’re up for going yet further south, the best castle in The Borders is without question Hermitage. Attention-grabbingly sinister with its stark, angular designs and desolate situation amidst a lonely valley, this place captures the grim appeal of Scottish castles wonderfully. Used as a prison to starve Sir Alexander Ramsay to death in 1338, it also saw visits from Mary Queen of Scots (who visited her future husband Lord Bothwell here in 1566). 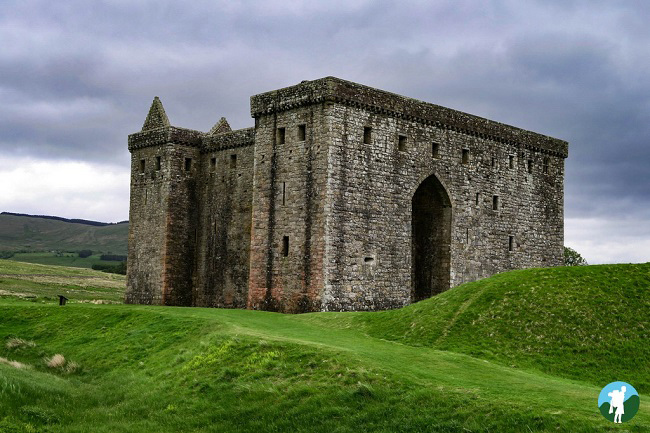 So there you have it, a road trip and a half around some of the best historic sites in the Scottish Borders. Do you have a favourite?

Scotland in a Day – Revelling in a Scottish Road Trip