Travels with a Kilt
Walking in Scotland 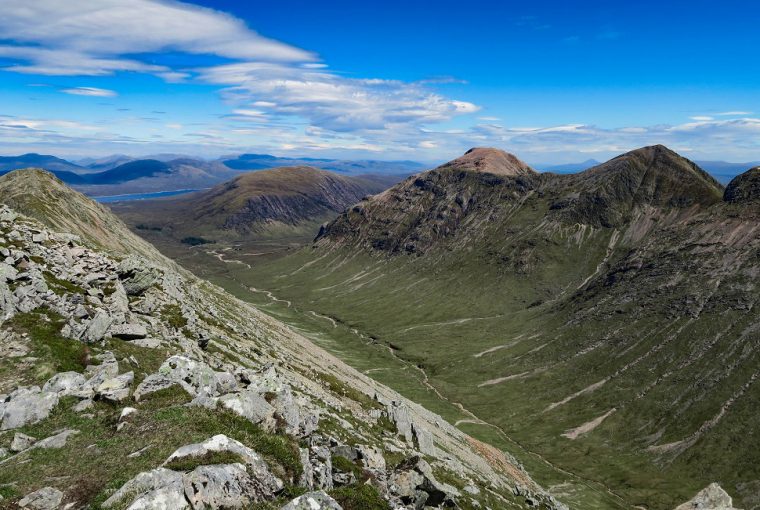 It’s the time of year when it’s bright at 4.30 in the AM and only gets dark as the clock approaches 11. Temperatures creep up to the high teens (or into the 20s if we’re exceptionally lucky). The population of the Highlands and Edinburgh go nuts. Oh and midges, never forget about the goddamn midges. They’re out in force. Throw all of that into the mixer and it’s clear that the hills are calling. I never like to be too far away from my next hike personally but, as I try to up my game this year in the Munro-bagging stakes, here’s a look back at my top 5 walks in Scotland for the relative hiking beginner.

My five picks are all within relatively easy reach (2 hours drive max) of the main population centres in the Central Belt, making them ideal day trip material. None require formidable fitness levels, equipment or experience. All rank highly in the effort-reward stakes. Happy hiking!

From the moment you leave your car by the roadside of the A82, this one’ll have you hooked. A steep climb, you’ll be grateful of the magnificent views surrounding you and content in the knowledge you’re in one of the most beautiful places in the world. On reaching the bealach (the top of the path you’ve just been climbing) you’ll be faced with the peaks of Stob Coire Raineach on your left and Stob Dubh on your right. Both are worth completing but the latter trumps the former for me. Loch Etive beams back at you in the distance to the south west and the views over the surrounding landscapes are just astonishing. 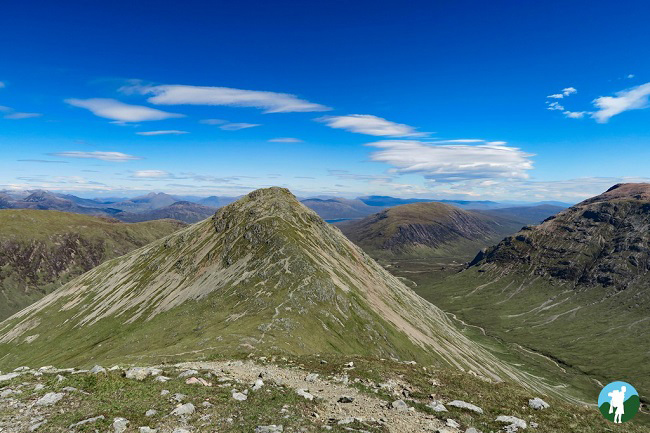 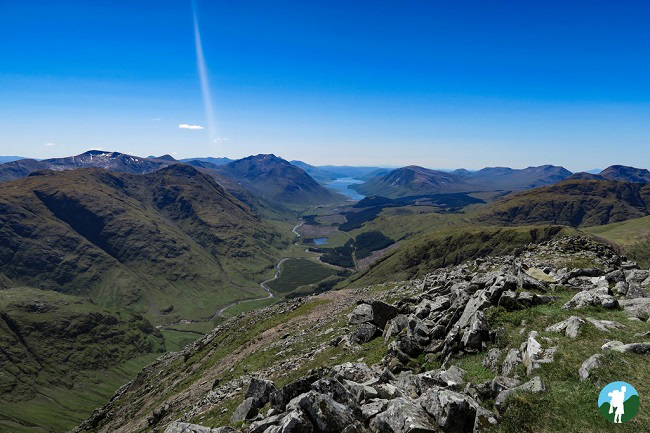 For those looking for something even more challenging, try neighbouring big brother Buachaille Etive Mor. At the other end of the Glen Coe difficulty spectrum, there’s the walk out to the Lost Valley. This is Glen Coe, it’s exceptionally difficult to go wrong.

Difficulty Level: Moderate. It’s a steep one for sure and by the time you return to your car, the rocky descent will have put your knees to test. That said, most ability and fitness levels should manage it.

Time taken: Around 5 hours return but allow a little more time if you want to take on both Stob Coire Raineach and Stob Dubh.

Route: You can map the route for Buachaille Etive Beag here on my interactive walking map.

Glasgow’s mountain. A firm favourite with my fellow Glaswegians in particular, this is the most southerly of the Munros and a very obvious starting point for would-be mountain lovers. The route begins at Rowardennan, a mere 40 minutes or so from the city, which is just silly. Whenever I speak to folk from London and tell them I can be up a major mountain in that time they stare at me with an amusing mixture of dubiety and fury. Haha, Scotland rocks. After emerging from the forested area at Rowardennan, the incline is steady but never overly steep. The views over beautiful Loch Lomond, on your left throughout the ascent, are just glorious. 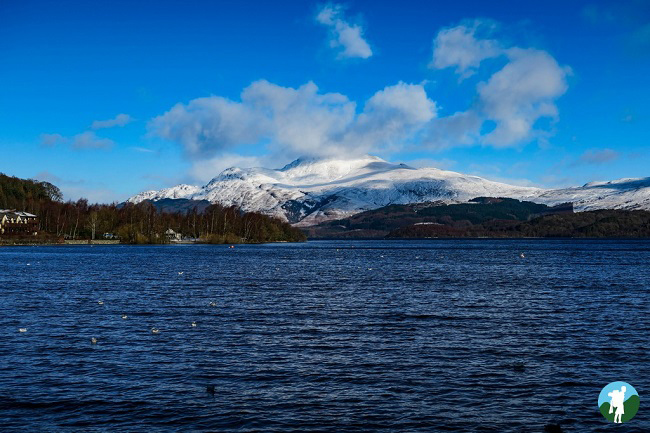 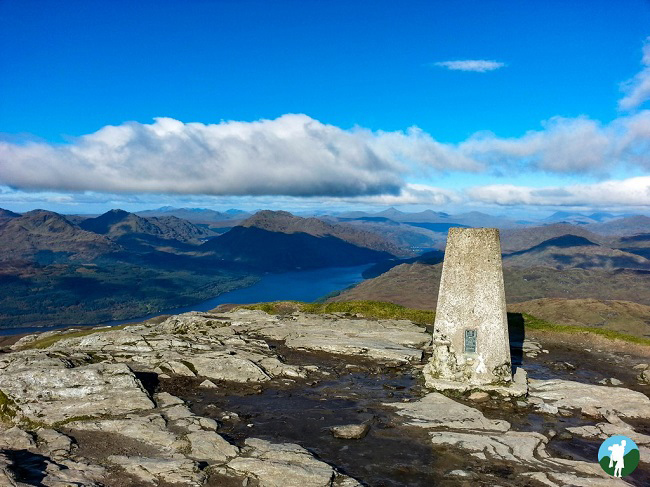 The surrounding Trossachs region calls for detailed further exploration including the even easier ascents of Ben Venue and Ben A’an.

Difficulty Level: Easy, in good weather. Fairly lengthy as a hike, it is though a very obvious path that is only lightly challenging. There is some zig zagging as you approach the summit but kids go charging up and down here so most ability levels will manage it pretty easily.

Time Taken: 4(ish) hours return. Getting to the car park at Rowardennan will make your life much easier, arrive early in peak season if you can.

Route: You can map the Ben Lomond route in full here.

Another favourite for the west coasters, this distinctive mound has been pulling in the outdoors-folk since forever. After a straightforward start, the excitement starts to build on emerging from the forest and sighting the unmistakable craggy summit ahead. Leaving Loch Long and the distant peak of Ben Lomond behind you, things get a little steeper from now on but remain fairly straightforward. Provided that is that you don’t want to rock climb to the pinnacles of course, that’s something else entirely. 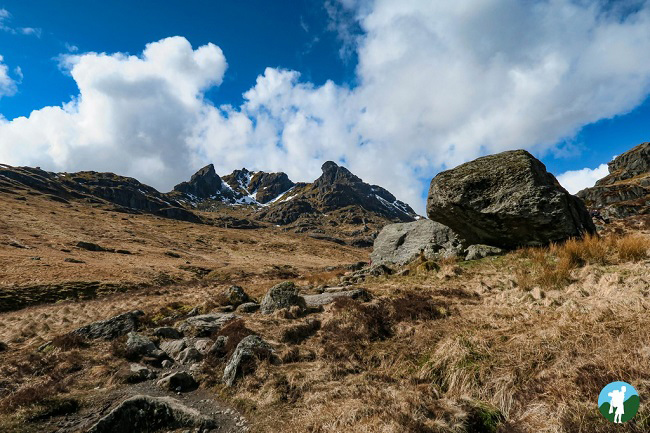 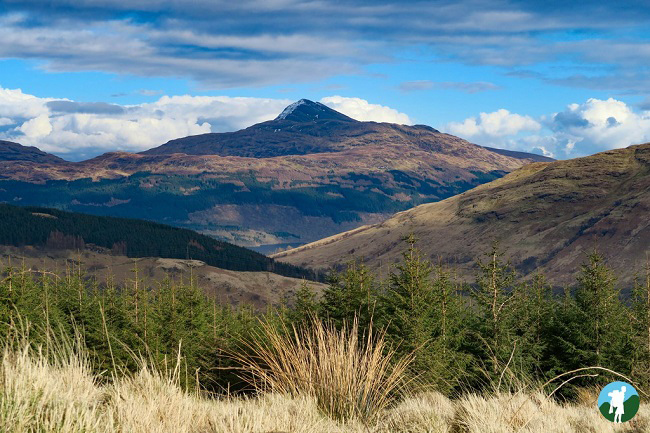 Although not a Munro (at 884 metres it’s a little short of the necessary 914), it certainly feels like it and who’s going to quibble with a few numbers. This is one of the best hikes in the Southern Highlands no question.

Difficulty Level: Easy to Moderate in good weather. Although lengthy and strenuous, particularly in the later stages, you’ll have plenty of company and motivation on this one. Even out of season, you’ll encounter fellow hikers chuffed to bits with themselves. Another great climb to get under your belt as your mind starts to wander towards taking things up a level and heading further north.

What a fabulous walk this one is. Boasting a prime location overlooking Loch Tay – one of our most beautiful – Ben Lawers is one that should be near the top of the list for every hiker in these parts. Lusciously green in summer, you’ll very likely have plenty of company on the well-trodden path and the views south over the loch in particular are glorious. As a cheeky bonus, you will also summit Beinn Ghlas en route allowing you to tick off a second Munro on the same day. While the route can be extended to take in more of the Lawers range, most will be happy to leave it at the two. 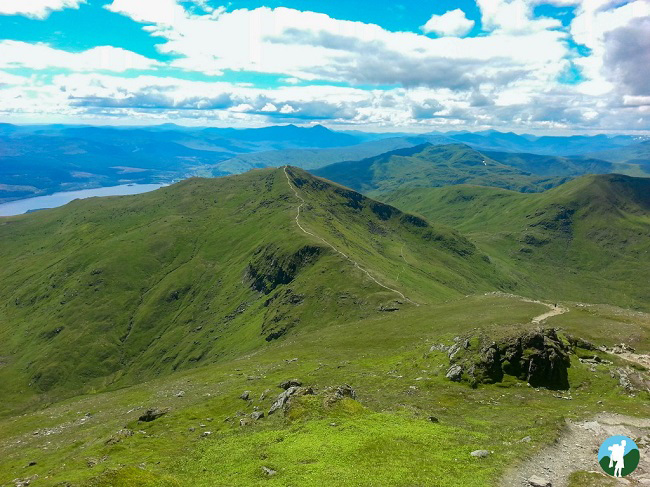 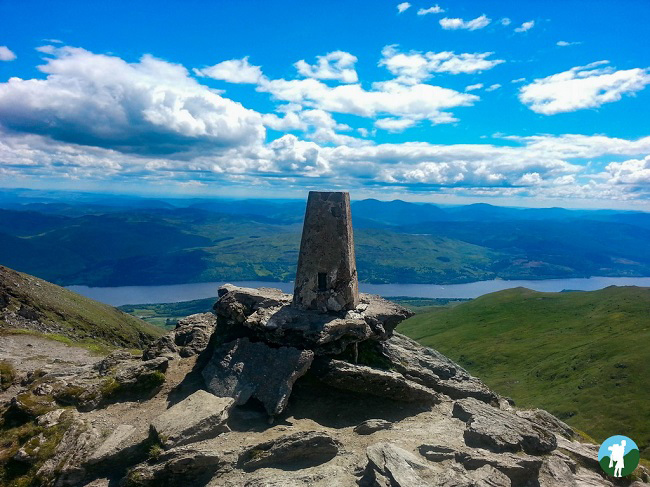 On completion, find your way to the inn at Killin for a local brew, you’ll have earned it.

Difficulty level: Moderate. It is helped significantly by taking advantage of the National Trust for Scotland car park (Ben Lawers is in their care) and this will give you an advanced starting point. The downside of this is of course the busy-ness factor and I personally prefer walking this one outwith peak season. Experienced hikers will manage this no problem, beginners will get there but may “stop for photos” at an increased frequency. We all do it at one time or another, don’t let it bother you.

Time taken: Around 5 hours return going at a steady pace but allow extra time for a picnic up top.

I wrestled with Schiehallion pipping Vorlich for this top 5 walks in Scotland list but, in summer anyway, I just about prefer this guy. It’s certainly the quieter option of the two. Regardless, both are Perthshire beauties and have huge appeal for day-trippers. Another one with a beautiful water feature – views of Loch Earn accompany you on this one – the route is a pretty obvious one from Ardvorlich. A gentle warm up is followed by steady and consistent exertion. But there’s no scrambling and the obvious target summit ahead is all the necessary motivation you’ll need. The small summit ridge is very photo friendly. 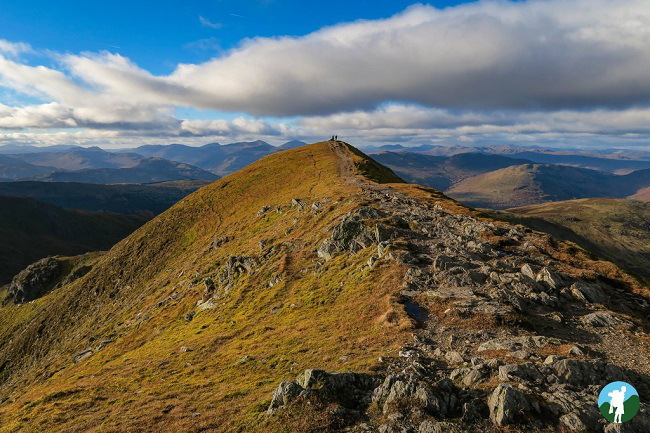 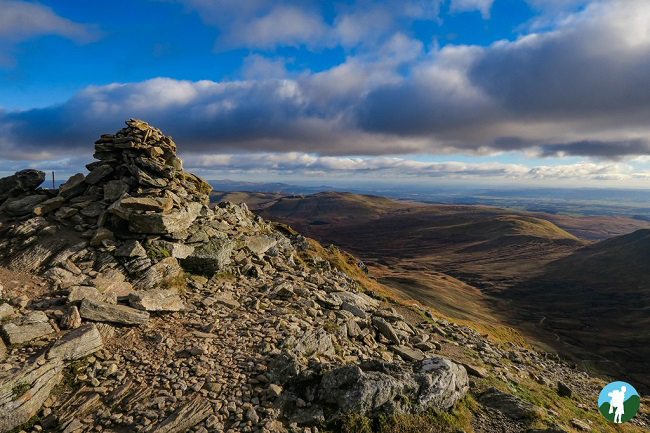 There is another Ben Vorlich by Loch Lomond – another grand walk – but don’t get mixed up.

Stay tuned to my blog wanders in the next few months where I’ll be continuing my search for great hikes across the country. Where are your favourite walks in Scotland? Are there any other picks that would make your list for top 5 walks in Scotland for the relative hiking beginner?

Getting Outdoors and Active in Edinburgh 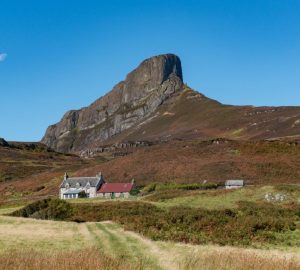 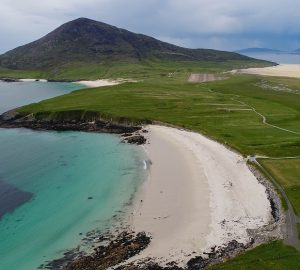