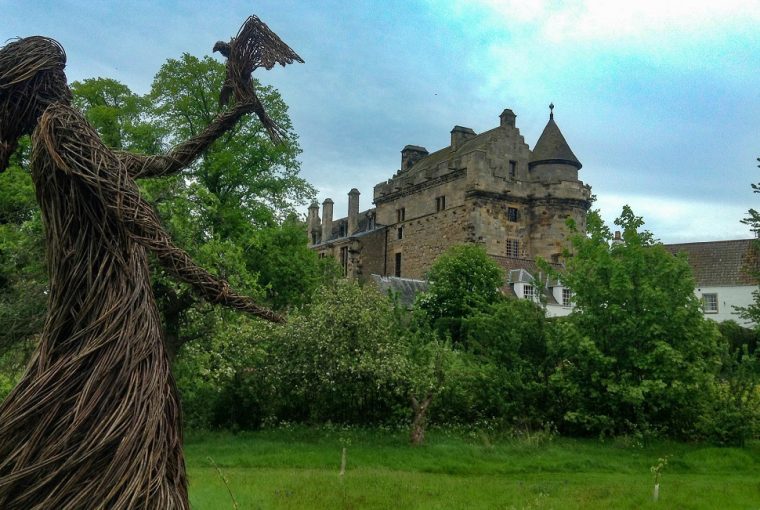 Top Things to do in Falkland, Fife

For those looking for an introduction to the subtle charm of Fife, Falkland is a wonderful place to start. The East Neuk coastal route pulls in summer visitors in droves but few make the sojourn inland. Well, until Outlander chose the town as a filming location that is. Boasting a picturesque town centre, one of Scotland’s grandest mansions and a glorious hilled backdrop it was an inspired choice to double as Inverness in the show. But aside from stepping in famous footsteps, here’s a couple of the other top things to do in Falkland. 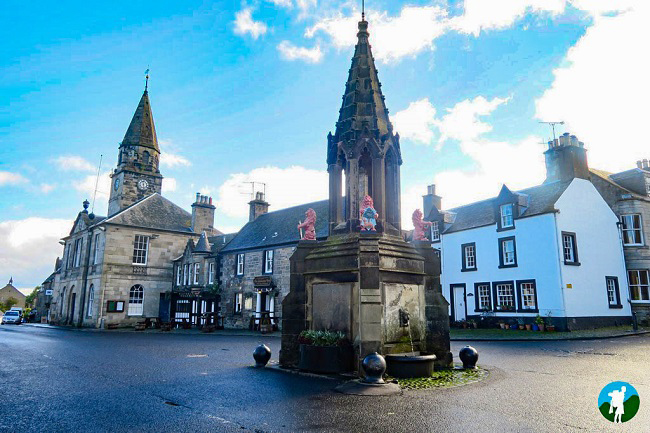 A much-loved retreat for Mary Queen of Scots, Falkland Palace is a grand example of 16th Century Gothic architecture. Behind the old walls, the stunning interior is bedecked in lavish finery with everything from detailed wall tapestries to intricately dramatic furnishings. Perhaps most impressive of all is the unexpected chapel, located within the palace itself. Be sure to take advantage of the passionate and knowledgeable guides dotted about the Palace – there are so many details that are not immediately obvious. The Palace is the perfect size for today’s average visitor. Not so vast as to be overbearing but big enough to set the imagination racing. 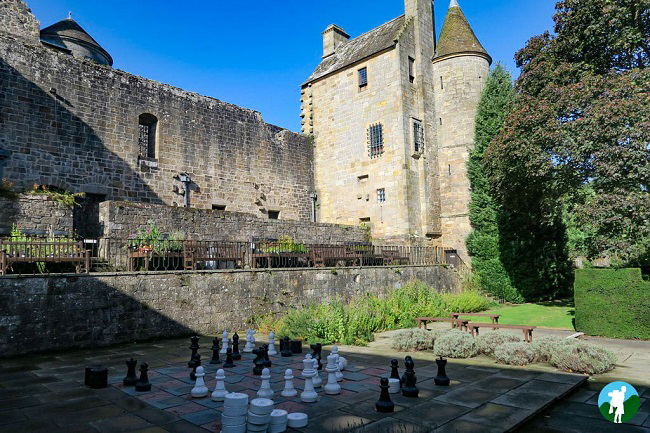 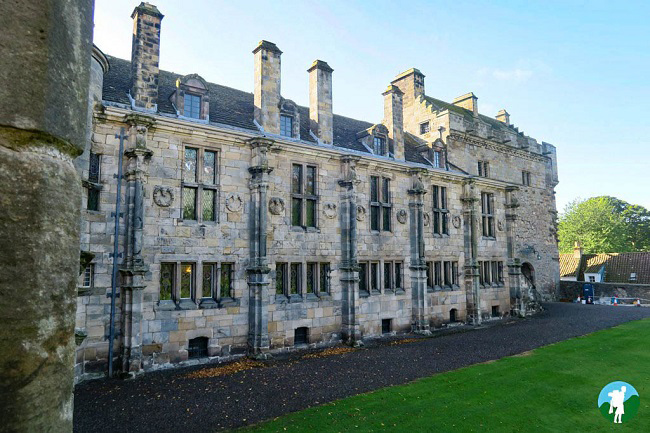 The gardens make for a great place to stroll and seek out the best vantage points back to the Palace. Tucked away at the back of the grounds is the world’s oldest royal tennis court, dating back to 1539. The neighbouring meadow is now also accessible and is aimed to encourage wildlife and an increasing range of plant life.

The site of the palace was originally a hunting lodge in the 12th Century, before upgrading to a castle in the 13th. While this went on to be destroyed by English forces, the magnificent structure we see today was to follow in the 16th Century. From this point, Falkland Palace became the idyllic retreat for the Stewart royals. None loved it more than Mary – look out for a wicker statue of her in the gardens. The running joke with Scottish castles is that there’s a high likelihood that Mary has visited it at some point (she’s been everywhere). But it’s nice to think she had a particular affinity with Falkland. For a queen that certainly didn’t get it easy, this is likely to have been a rare source of serenity for her. 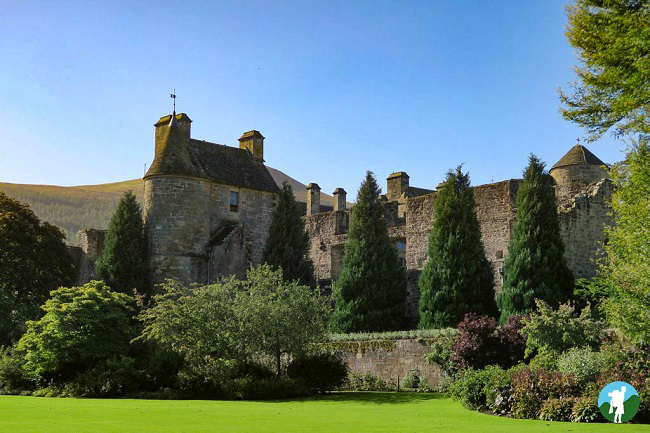 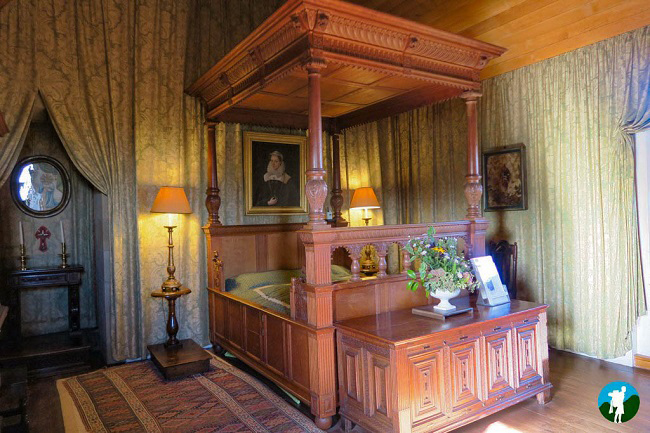 In casual disregard of the high wind warnings that folk were going on about on the radio during the drive through, I took to the hills with reckless abandon. What’s a bit of air, eh? Aye.

What was a mild irritation during the ascent became an obscene hazard on the summit of East Lomond, my pick for the walk of the day. Hitting me like a fist to the face I was at one point knocked off my feet and left to almost crawl along the peak before, blessedly, beginning the descent into calmer levels. It’s a definite first for me – the ignominious crawl. If I had been up a Sutherland Munro I’d have been in big trouble. So take it from me, precipitation levels and visibility are not the only things to consider when checking the forecast before a climb. Read more of my Scotland travel tips to help keep you on the right track. 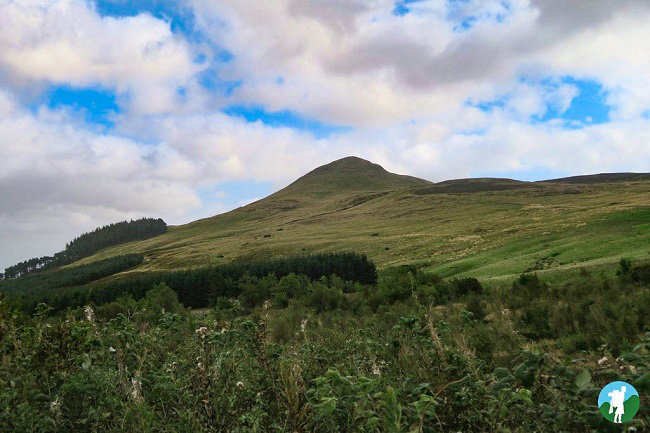 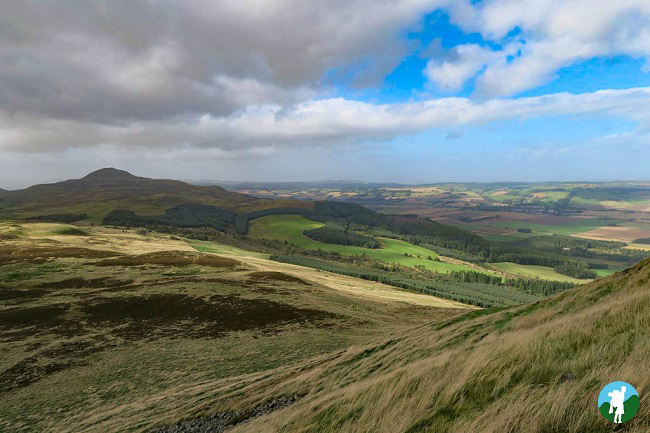 But anyway, enough of that. The Lomond Hills are those lovely mounds that hover over central Fife and that offer some of the best views in central Scotland. They are best got-at from Falkland and East Lomond looms commandingly over the town. The East Lomond circuit is my chosen route for the day and is outlined here by Walk Highlands – the indispensable guide for walking in Scotland. The only issue I have with this route description are that towards the end some of the directions become ambiguous. So have a 3G/4G device handy as a backup (it does work down here, unlike some of the hikes further north). 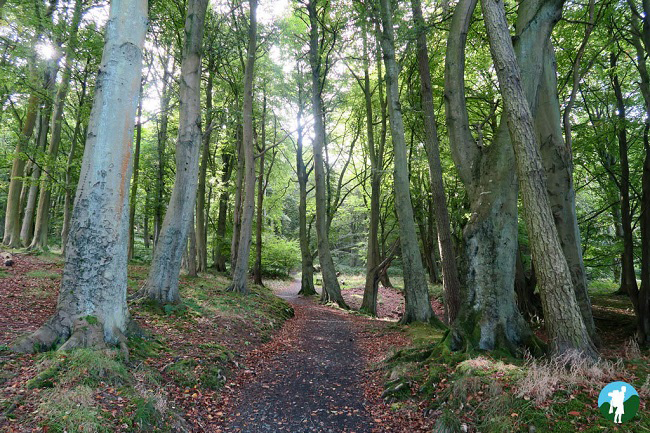 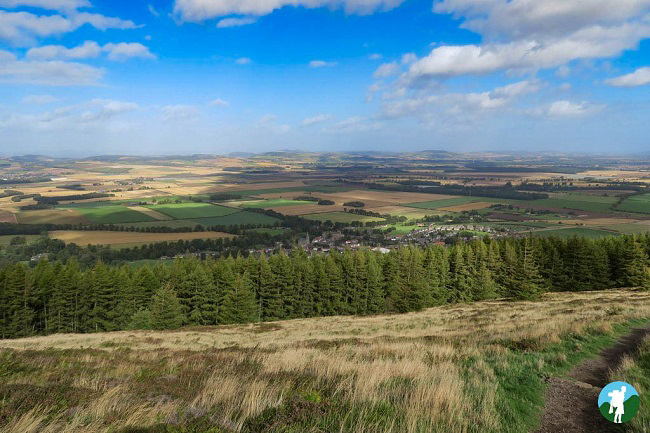 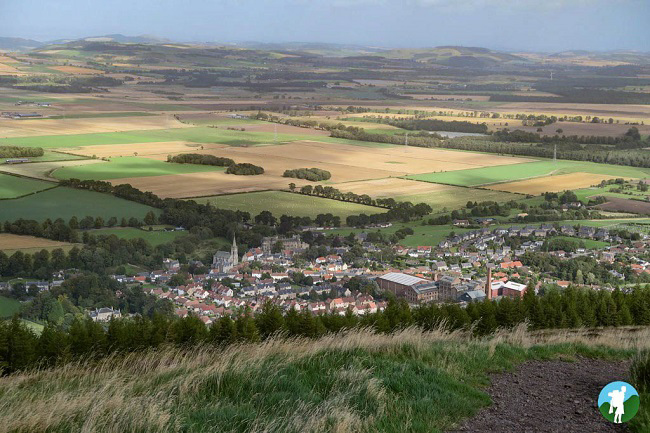 The walk is a beautiful one. Leaving Falkland behind – passing the enticingly evocative derelict remains of a bag factory – and heading into dense forest south of the town, it is immediately serene and lonely. Aside from a couple of stragglers, you’ll have the afternoon pretty much to yourself. Proceeding directly towards the peak, by the time you emerge from the forest you are most of the way there. The panorama takes shape beneath. After my shocking experience up top, the descent of the route sees you skirt the forest space for a time before eventually making your way back to the town. Look out for a couple of mini-waterfalls along the way at Maspie Den as well. 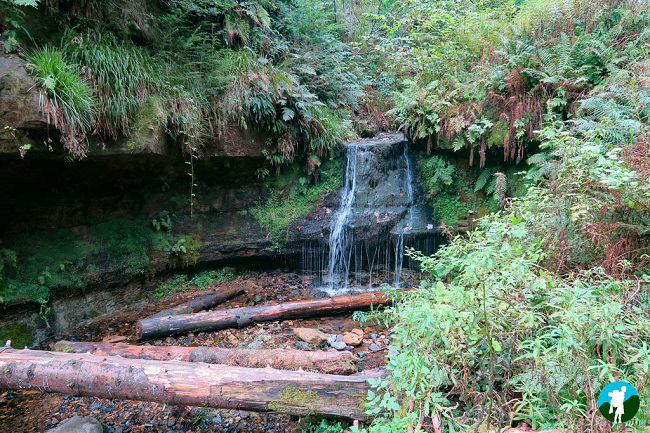 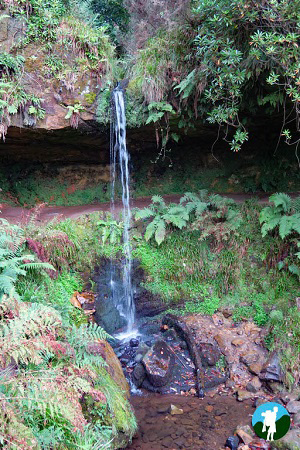 The ascent of East Lomond is a fairly short but steep one. Pathed for all but the final very steep stretch, it is still a challenging climb and not suitable for all levels. Other than the hill itself though, the remainder of the circuit route is very straightforward. Taking in the full circuit outlined above will take around 2.5 hours. Neighbouring West Lomond offers better views north towards the Highlands. Of the two though, I prefer the east for the vista over Fife and the east coast.

Falkland makes for a fantastic day trip from any central Scotland base. Although, as ever, having a car helps it can also be reached by bus from Glenrothes. Or from joining one of the many Outlander themed tours that pass through. Be sure to watch the first episode of the show before visiting.

Great Walks in Dumfries and Galloway