Whenever I’m feeling the need to be especially, and very heart-thumpingly, Scottish, I internalise the immortal quote from Braveheart that rallied the troops before they headed to their near-certain death at the Battle of Stirling. I like to think that if William Wallace could see this as being my definition of utter, awesome Scottishness, he might raise a smile. But this week I’ve been pondering it more often than most as I’ve been visiting some of the great remaining tributes to one of Scotland’s most famous sons.

…dying in your beds many years from now, would you be willing to trade all the days from this day to that for one chance, just one chance to come back here and tell our enemies that they may take our lives, but they’ll never take our freedom!!!

Stellar effort with the accent by the way Mel, well played.

The 13th Century was an awful long time ago and records are patchy as to the early beginnings of Wallace’s life. What is known is that he was a relative commoner and not one of the many nobly born that wielded so much perceived power in Scotland. He came into the world as Scotland recovered from the death of King Alexander III and attempted to find a suitable new leader. Edward I of England, the undoubted villain of the piece, seized on the opportunity and took control of Scotland while its nobles hummed and hawed over the time of day. As Braveheart’s Hamish so eloquently put it, ‘they couldnae agree on the colour eh sh**e’. Never has there been such a Right On The Money summary on the collective efforts of politicians. 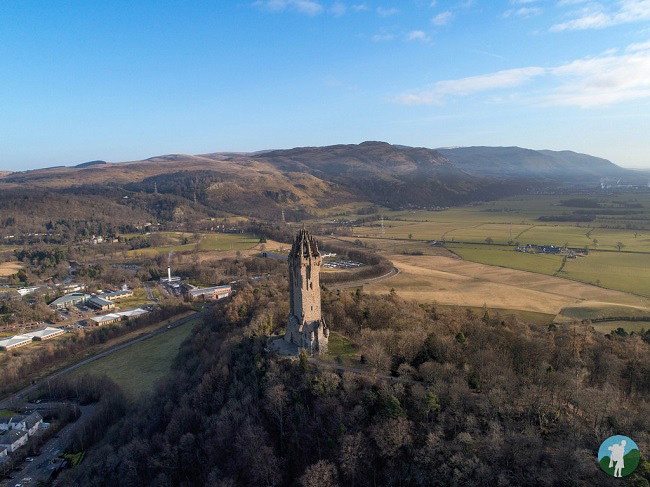 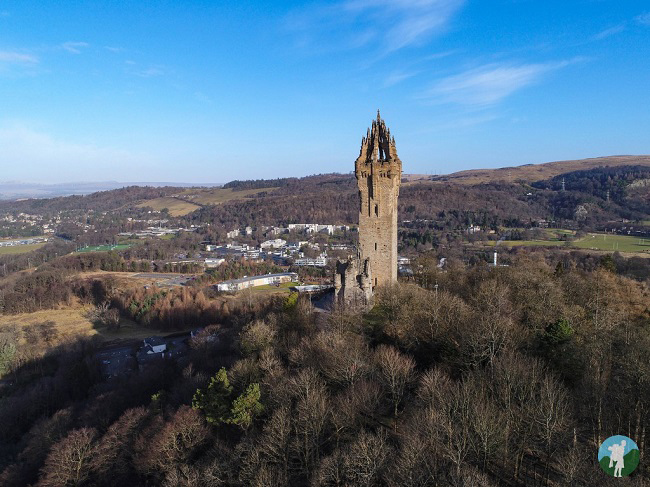 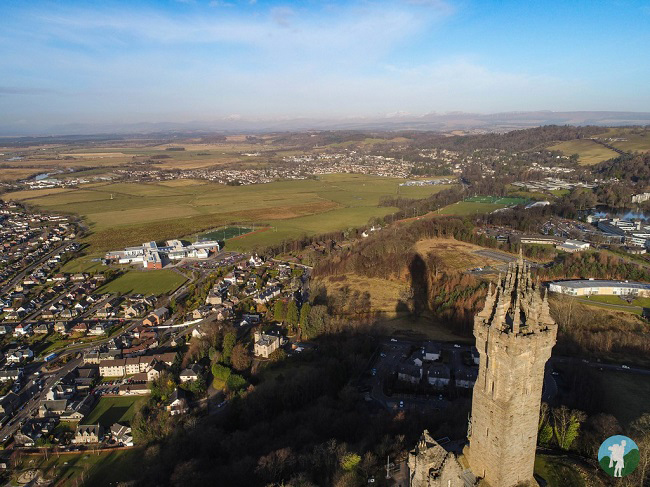 But back to the story. The cheek of the man to just lay claim to Scotland seems incredible but, for whatever unfathomable reason, this was allowed to pass and Scotland fell under English rule. William, like many, was none too pleased and open rebellion followed, starting with his murder of the Sherriff of Lanark in May 1297. This was swift retaliation for the murder of his love interest (and possible wife) Marion Braidfute by the same man (or at least his forces). Word spread, momentum gathered and suddenly Wallace was feared, admired and awed across the land. Teaming up with the likes of the oft-forgotten Andrew de Moray, Scotland’s curiously assembled army took on and defeated the English at the Battle of Stirling Bridge in September 1297 (around the landscape below). Vastly outnumbered and with wildly differing levels of experience, equipment and tactical knowledge, it goes down as one of the greatest upsets in British military history. 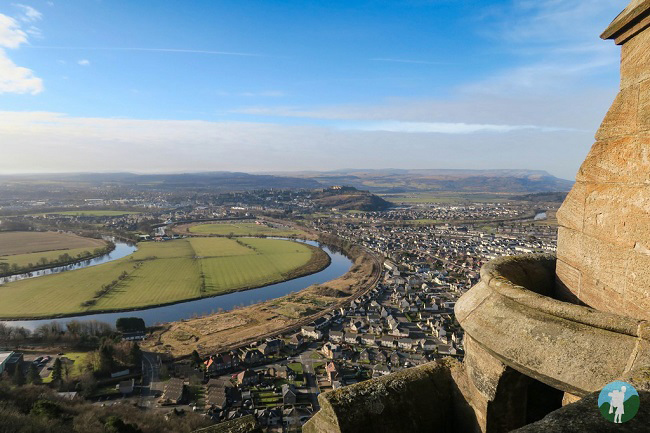 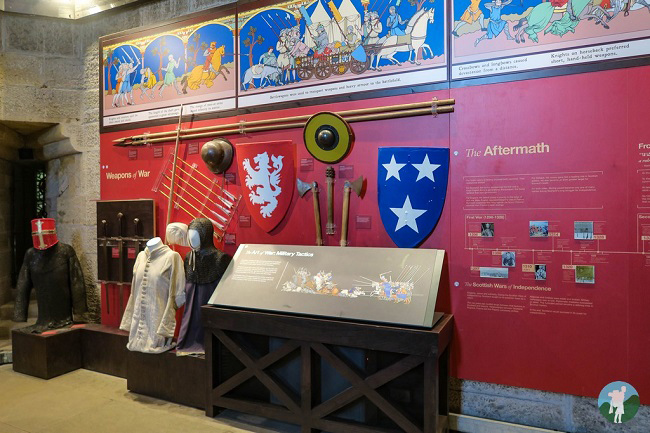 Following this success, Wallace even had enough behind him to invade northern England, receive a knighthood and to be installed as sole Guardian of Scotland. It all went downhill from there though as eventually his forces retreated and were resoundingly beaten at the Battle of Falkirk in 1298 by a mighty English and Welsh army. Wallace did survive the battle and tried to rally support from France and Italy. Predictably though, Scots turned on each other, with greed and self-interest resulting in Wallace being betrayed and captured by Edward’s forces. He met the most gruesome of deaths possible, following extensive torture, in London in 1305. Even Game of Thrones doesn’t dare go as brutal as this and I’m not going to describe it.

Shortly after his execution, the baton was picked up by Robert the Bruce as his famous, and ultimately even more successful, chapter began. Read more about that in my review of the breathtaking new film, Outlaw King.

Wallace’s Legacy and My View of the Man

Even researching and writing this stuff is tough for me. How could it not be? Wallace was a true Scottish patriot, man of the people and had been fiercely determined not to be ruled by an outrageously ambitious and savagely callous man as Edward ‘the Longshanks’. That’s a hero in my eyes. While times change, countries heal and civilisations thankfully improve, these chapters get consigned to the past. But it’s critical that Wallace never be forgotten and thankfully Scotland is collectively very protective of our past, both illustrious and grim.

Of course, William Wallace is a legend to this day. Other than maybe Rabbie Burns, Sir Walter Scott and Robert the Bruce who has gone down as a more famous Scot? There’s a romanticised rags to riches/lover’s revenge element in his story but it’s more about his flagrant refusal to bow down. Stubbornness at its most positive and an utterly fearless display of bravery.

The Braveheart story gets a lot of pelters for its historical inaccuracy but the general storyline is largely correct and it’s a damn good movie (and novel by Randall Wallace too). I remember the scoffing that Mel Gibson simply didn’t measure up and us locals were in uproar at the thought of this tiny wee Aussie representing our famous giant. To be clear, William Wallace was not quite the seven-foot tall colossus that legend selectively remembers. And Mel Gibson did a grand job. Well over 20 years old now, its great to re-watch a film that absolutely captivated me in my school days. Not to mention seeing some familiar old faces likes Brendan Gleeson, Tommy Flanaghan, Brian Cox (who I saw in Waterstone’s last week) and David O’Hara in their relative youth. It’s also glorious to see fabulous James Cosmo has been iconically playing the role of a grizzly veteran for decades now. Was he ever young do you think?

Getting Up Close with William Wallace Today

There are tributes, statues and plaques to Wallace all over, but the epicentre of his legacy is The National Wallace Monument. Spectacularly set atop Abbey Craig, the immediately recognisable structure delivers panoramic views over Stirling, the Ochil Hills and towards Loch Lomond and the Trossachs. The site was chosen as it was believed that this is where Wallace would have overlooked the battlefield ahead of the Stirling Bridge scrap. That and Stirling was seen as a nice middle-ground between Glasgow and Edinburgh, both of whom would have fancied the honour of hosting it.

Open year-round and constantly undergoing little tweaks to add to the visitor experience, it is firmly established as one of Scotland’s leading tourism attractions. Acted performances, wood carvings along the Abbey Craig walk and kid-friendly displays make it a great day out for the family. Look out for the gigantic Wallace Sword and enjoy the breathtaking views from the windy crowned spire up top. There is also a café, gift shop and audio tour available. The steep and tightly packed 246 steps to the crowned summit make the majority of the venue not disability accessible. 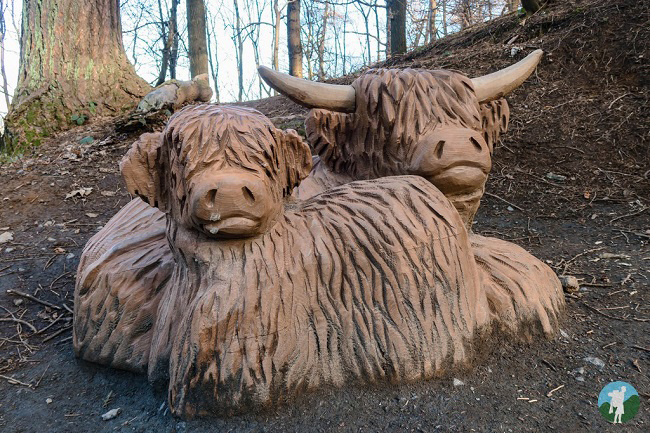 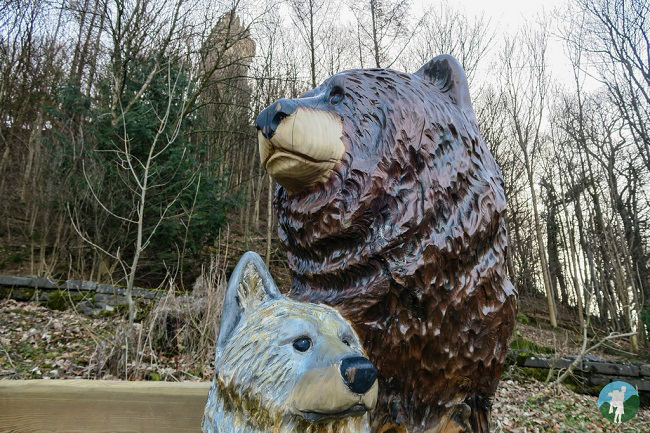 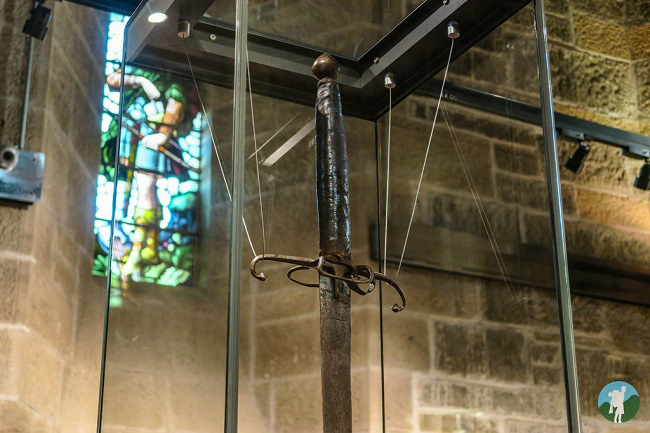 Further spots to immerse yourself in Wallace-mania include inspecting the first of the mighty Wallace statues that were created in his memory. Tucked away in a remote wee spot in the Scottish Borders, the beaming sandstone pillar is a bit of a cracker. Erected in 1814 and 31 feet high, its location near Melrose is a fitting nod to the centuries worth of Scotland vs England conflict that consumed the Borders. It’s a great addition to the Borders Abbey Trail and one of dozens of fantastic historic sites down that way. 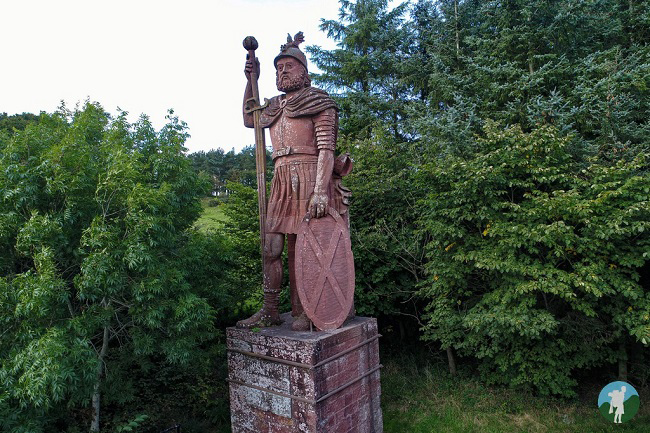 A mention also to Lanark. Wallace’s home town and starting point for the massive ragie (I can’t think of a better word, ‘ragie’ means losing the plot and taking out your overpowering rage on others) that led to his prolonged assault on the occupying English doesn’t get much attention by way of tourism but it’s abundant in historical significance. The new wooden statue, the centrepiece of a rose garden, is one of the few tangible Wallace attractions but you can also visit the crumbling wreckage that is the church where he married Marion Braidfute. Both can be visited as part of the new Wallace Trail in and around the town. 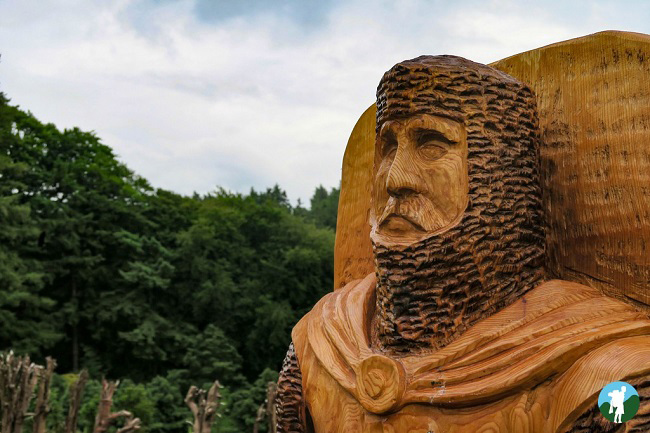 Long may we be able to remember the life of this most memorable of Scottish souls. Where does your mind go when you think of William Wallace?

A Different Way to Experience the Highlands – Campervan Hire in Scotland

What to do in and around Aviemore