Sometimes nothing will do but Glen Coe. With spring tentatively and belatedly arriving, the Highlands beckons and several months of the Great Scottish Outdoors are upon us. Sitting in the pub with my mates planning out the best place to kick start the season, there was only likely to be one winner.

While the lonely and meandering road through the Glen is being tackled year-round by a constant stream of independent travellers and coach tours alike, there is something special about on-foot exploration of this melancholy and jaw-droppingly stunning part of the country. Glen Coe has numerous well-travelled walking routes, bringing a wide range of difficulty levels. The walk to the Lost Valley is a definite stand out and ranks highly on my effort-to-reward ratio standard that tends to make my decisions. 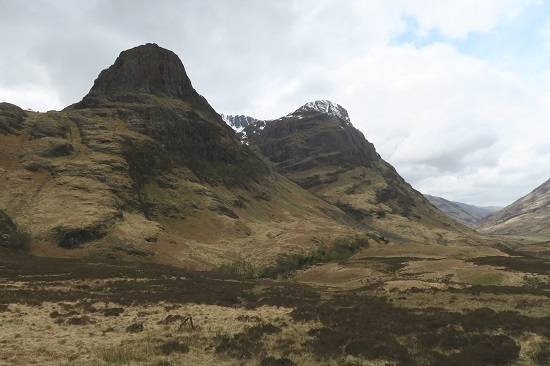 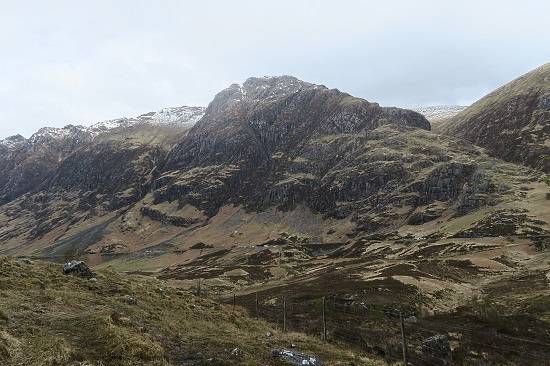 Naturally, I’m kilted up for the affair. With my new Scotland travel blog persona Travels with a Kilt firmly in place, I’m braving the elements, and my dignity, by taking my trusty kilt almost everywhere I go. With glances ranging from unbridled admiration to scoffing scorn it adds even more colour to the journey. The occasional thrilling gust of unexpected icy Scottish wind aside, I wouldn’t have it any other way. 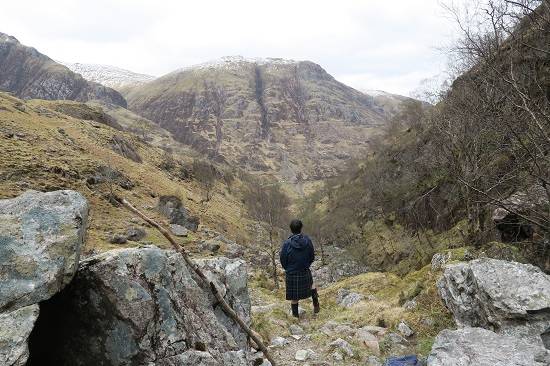 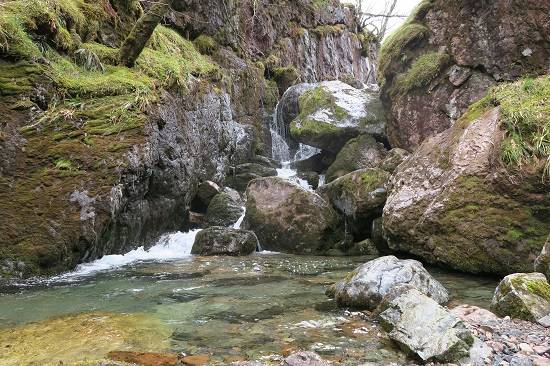 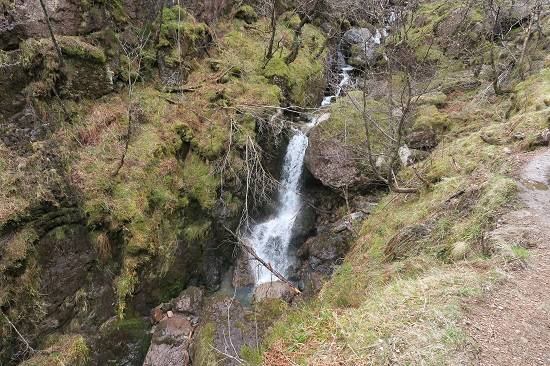 The route between two of the Three Sisters, Beinn Fhada and Gear Aonach, is pretty straightforward to follow throughout. From the main parking area at Allt na Reigh on the A82 that stares directly at the Three Sisters, head down and to the left on foot, following the clear path and aiming between the two peaks. You will soon cross a footbridge and after that simply continue on, following the stream between the sisters.

The only time of confusion comes at the point where you have to turn left and actually cross the stream. There is no indication to cross here but look out for the half dozen or so large stepping stones as the path comes to an end. Don’t make my mistake of turning right at this point and launching a preposterous kilted Highland assault on the mountain of scree that veers into the middle ‘sister’. Picture it if you can – me confidently leading my merry band of trusting followers up the steep scree face. Scrambling on all fours, cursing and sliding all over the place. Going absolutely nowhere by the way. Ah yes, it wouldn’t be a hillwalk without at least one embarrassing wrong turn. Cue the ignominious walk of shame. 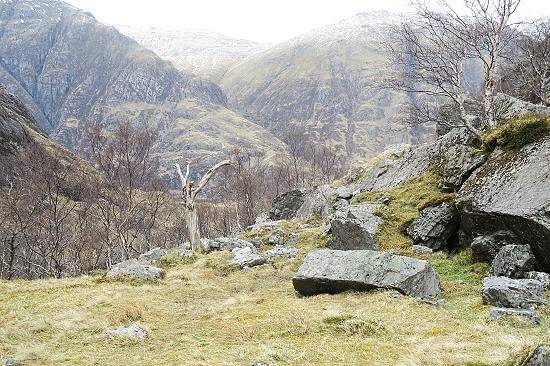 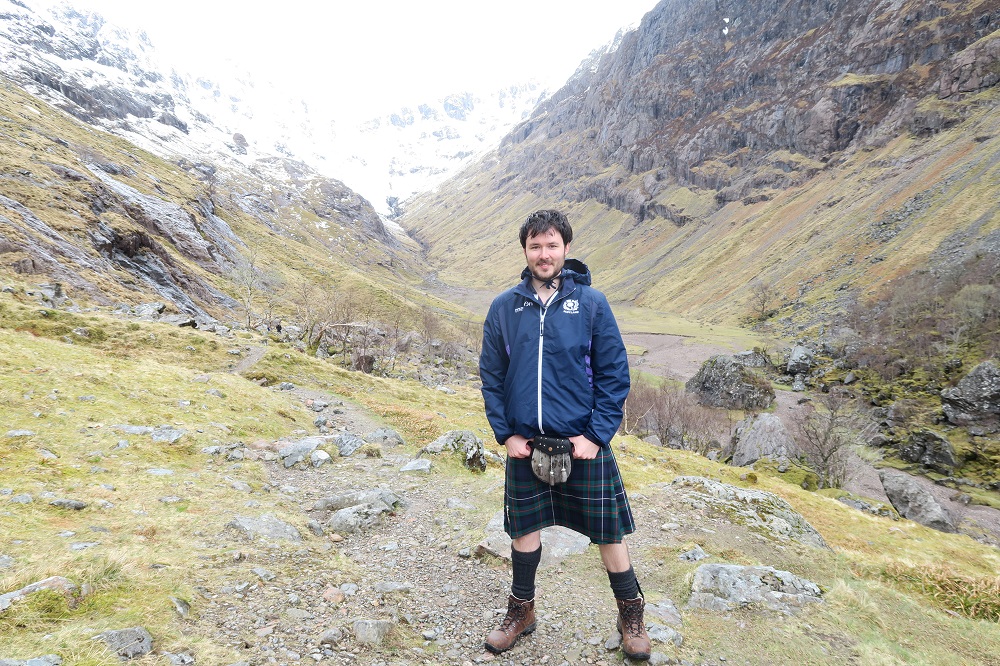 After the stream crossing though, it is an unambiguous route (if a bit of a scramble at times) to reach the Lost Valley. In a way not dissimilar to Corrie Fee at Glen Clova, the ascent stops quite abruptly and unexpectedly leaving you staring into a massive valley. It is a fitting reward for what is a moderately challenging hike. The return journey takes a little over two hours going at a good pace allowing for customary stopping points to gape. Although not recommended in winter, I think the walk is equally spectacular in summer sun as it is in traditional Scottish dreich. Given the heavy history involved in this place, there seems something fitting with the weather being a bit on the sombre side.

I’m still searching for anywhere that can match Glen Coe. As my Highland photography tour with Caledonian Light will further underline, the complexity and power of the place tells a thousand stories. For dramatic scale, moody beauty and sheer wow factor, it’s in a league of its own.

A visit to whisky HQ, the Isle of Islay

The Beaches of the Isle of Harris