A Day Trip to Lanark

When thinking of top day trips from Central Scotland, chances are Lanark is not one of the first places that will jump out at you. Southern Scotland in general is grossly under-visited but, for historians especially, this is where so much of Scotland’s best bits can be unearthed. With a particular focus on the Wars of Independence in the 13th and 14th Century there are endless ruins, trails and sites that are steeped with defining significance. Specifically, with regards to a certain Guardian of Scotland, Lanark is the very epicentre of his legendary status.

My visit was alongside some of the Scotlanders travel bloggers and sees us introduced to Frank Gunning, our tour guide and local ambassador/hero for the area. I love when people are passionate and protective about where they come from and, within minutes, I can see I’m talking to Mr Lanark himself. Pretty much everyone we pass waves or calls out to Frank – as an anonymous city boy it’s a really nice thing to see. When I, almost rhetorically, ask if he is born and bred in these parts he’s quick to point out that he was forced to go to Bellshill to be born but that he was only there for a week because he was a fortnight early. Other than that though yes, born and bred. Guides don’t come any better.

In between bouts of laughter about this and that we learn quickly that Lanark suffers from a lack of tourism infrastructure. There are few noteworthy attractions that are built with visitors in mind, hence why it has struggled to get on the tourist map in Scotland. What it does have though are sites of extraordinary historical significance. Notably, this is where William Wallace lived, got married and where his heroic rebellion against the English kicked off.

Our tour begins at St Kentigern’s Church – where William married his local sweetheart Marion Braidfute in 1297. As a history lover, it was momentarily soul-destroying to see such a historically significant building crudely hidden away behind ramshackle fencing. We have so many fabulous ruins that are maintained and treasured with appropriate love and it’s a travesty that St Kentigerns has not been treated in the same way. William and Marion literally got married here and will have walked by these very arches. I join Frank in moaning a bit about the world going mad. A bit of cantankerous grumbling never did any harm, it’s in the Scottish DNA. 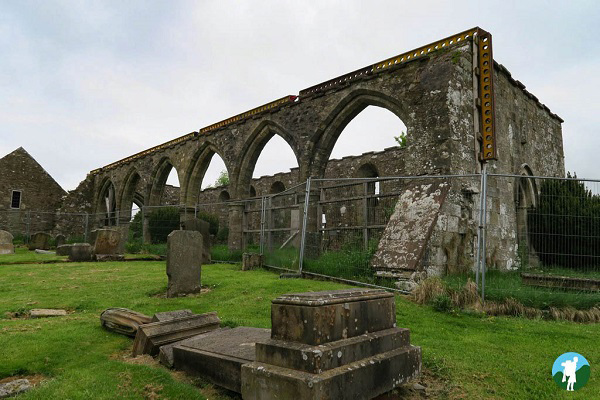 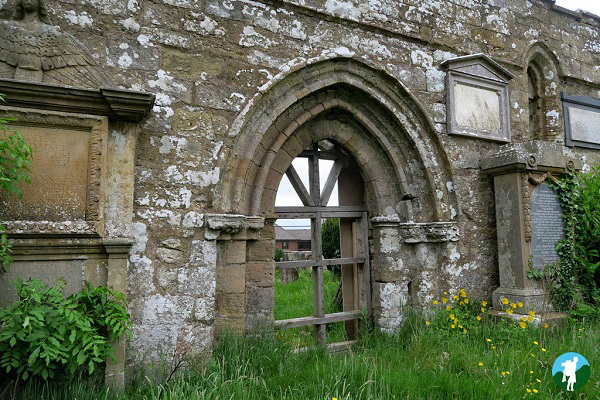 Braveheart fans will be loosely familiar with how the early chapter of the Wallace saga began. Newly-wed Marion was soon-after brutally murdered by the English sheriff in Lanark and, to put it mildly, William took out furious revenge on the English soldiers based here. It was to be an act that inspired a furious Scots uprising. This snowballed over the coming months to be a large-scale revolt as Scots flocked to rally behind this commoner hero and the English rule over Scotland began to crumble. The crushing and unprecedented victory over King Edward’s forces against the odds at Stirling Bridge in September 1297 wrote William into Scotland’s history books forever. 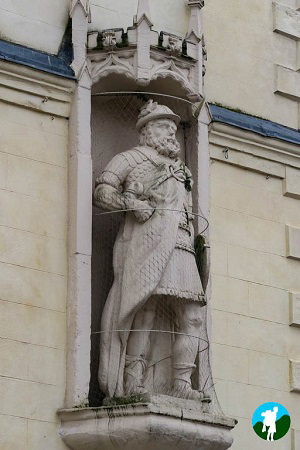 The site of Lanark Castle still remains and can be visited today. It’s now a bowling green so some imagination is required on the part of the 21st Century visitor but it was on this mound that the English garrison fortified themselves. It was also here where Wallace snuck in under cover of darkness to murder Hesselrigg, the sheriff, in swift retribution for his killing of Marion. Again, it is a shame that there is not more here to lay out the story in detail but the site underlines the military advantages of the fort with an excellent vantage point over the region in all directions. Another Scottish legend, Robert the Bruce, also held a court here in 1321.

The town’s strategic importance was very clear – whoever held Lanark, held one of the three main routes into Scotland from the south. In Lanark itself there is also a solitary plaque marking the site of Wallace’s former home, just off the High Street. 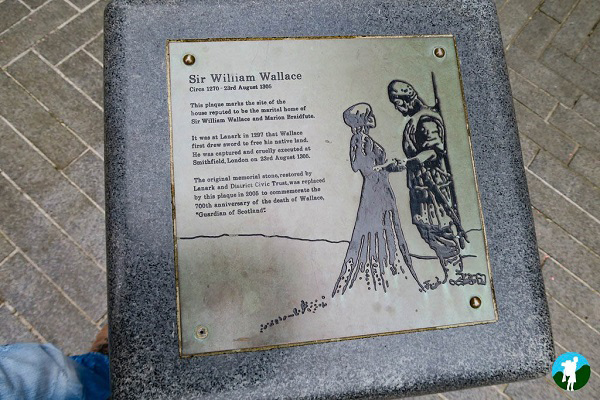 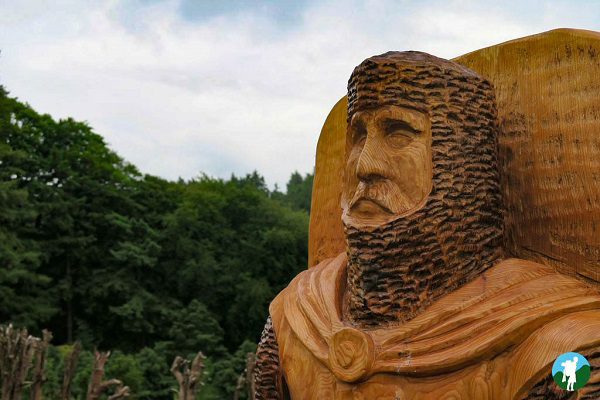 Tributes to William Wallace can be found all over the place, including the famous Wallace Monument in Stirling and the wonderful Wallace sandstone statue in the Borders. Lanark now has two statues of its own to Wallace – one found at St Nicholas Church on the High Street and an impressive new wood carving of the main man in the Wallace Memorial Rose Garden, a short drive from the town centre. It is in this area that William would have escaped with his followers after his acts at Lanark Castle.

For fans of the Scottish Wars of Independence chapter of Scotland’s gory history, Lanark is a wonderful accompaniment to the likes of Stirling and Bannockburn as a must-visit destination. What it lacks in classic tourist attractions it makes up for in atmosphere and geographic and historical importance. Were it not for what happened in this little market town, who knows what path Scotland would have taken in the centuries to come? Tours of the above mentioned sites, with inspired historical guidance along the way, can be arranged by contacting Lanark Life.

An added incentive to the Wallace-themed town of Lanark is the extraordinary World Heritage village of nearby New Lanark. A mini-town dedicated to the production of cotton, it is both a museum to what was Britain’s largest cotton mill and a tribute to 19th Century businessman Robert Owen. A man of social conscience, he worked as manager of the mill to improve the conditions for his workers. The creation of the world’s first nursery school, sick pay allowance and workers’ housing are just some of the examples of this. The mill only ceased working in 1968. 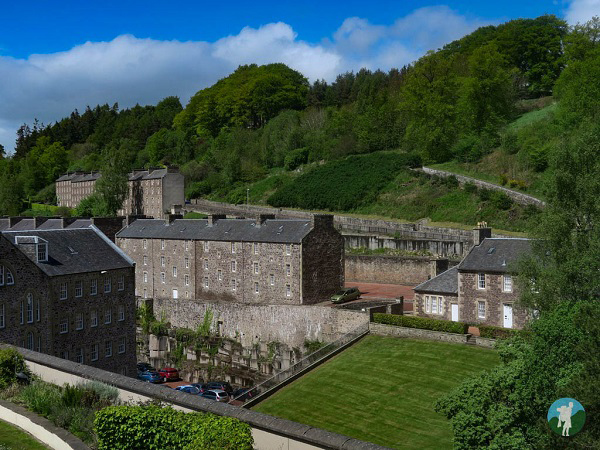 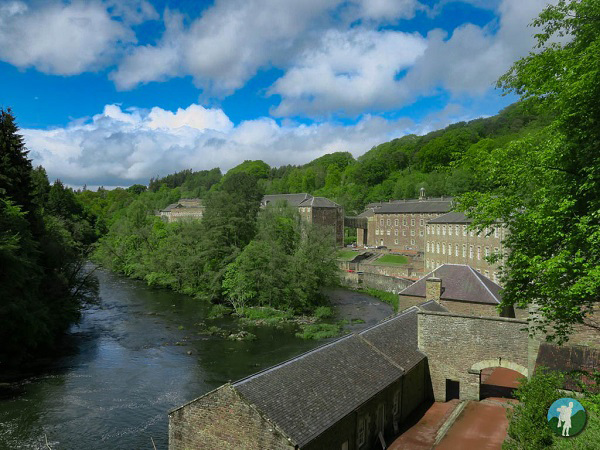 The highlight of the centre is the 3D journey through the day-to-day workings of the mill, as told by 10 year old Annie McLeod. Be sure to make it up to the viewing platform on the roof for fabulous views over this luscious and incredibly serene region. It is from here that you’ll spot the neighbouring Falls of Clyde. A fabulous area for walking and wildlife spotting (badgers, kingfishers and peregrine falcons amongst others), the route takes in the dramatic falls and has a network of paths that make for a beautiful woodland walk. 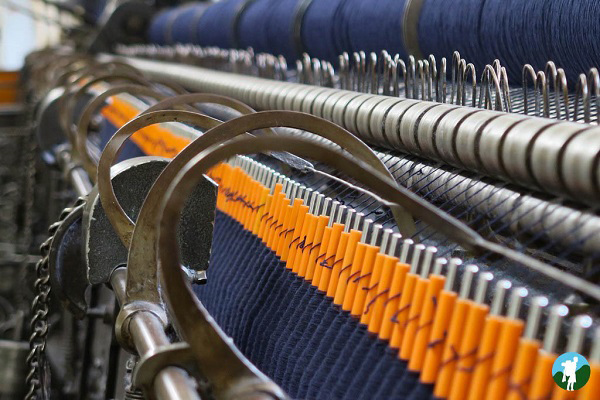 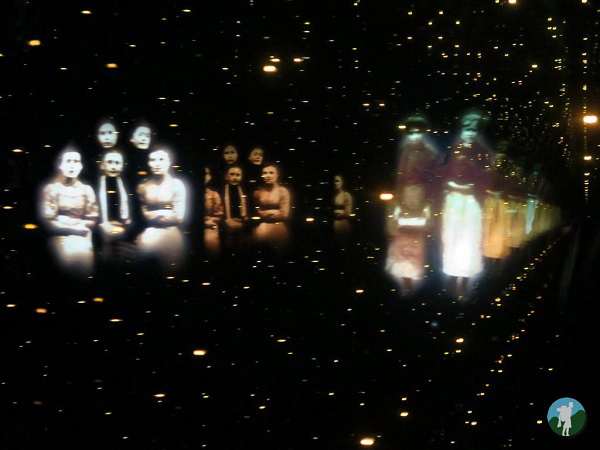 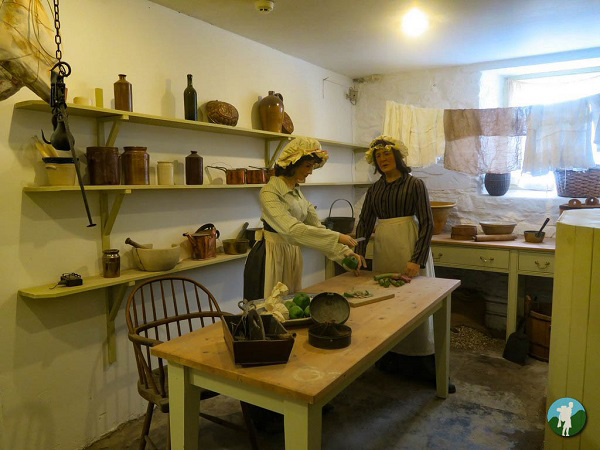 Lanark and New Lanark combined make for a perfect day trip from the Central Belt. Within easy reach of both Glasgow and Edinburgh, there is plenty to fill a whole day with a combination of history, culture and the outdoors. I reckon I’ll be back.

The Other Side to Culzean Castle….

Top Things to do with a Weekend in Orkney